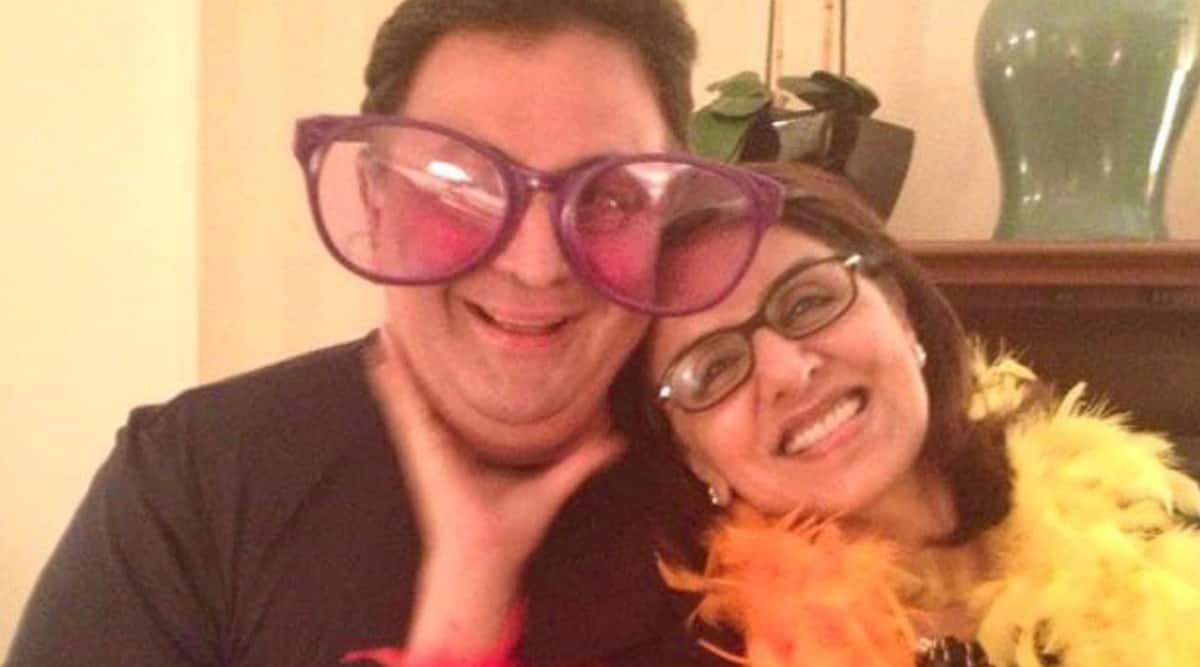 Actor Neetu Kapoor took to Instagram and shared a photo with Rishi Kapoor on his 70th birth anniversary. The veteran actor passed away in 2020 after a long battle with cancer. In the photo, Rishi Kapoor is wearing oversized glasses, and both of them are twinning in black, dressed for a birthday celebration.

Rishi Kapoor and Neetu Kapoor were married for over 40 years. After their marriage, Neetu Kapoor, a rising star of the ’70s, did not feature in more films. In his memoir, Rishi Kapoor had addressed the subject as well as the ‘chauvinist’ label that had often been attached to him. He had written, “It was, as I have said often, her decision to wind up her career after marriage. I can say with a clear conscience that I did not force it upon her. We did agree before we got married that once we had children, one of us would be the earning partner and the other would be the nurturing parent. But to be honest, I didn’t try to convince her to keep working either. There was a chauvinist in me that didn’t want his wife to go out to work. I wanted Neetu to finish all her commitments before we got married. All I can say in my defence is that my views have changed since then.”

Recently, Neetu Kapoor made a comeback to films with the family entertainer JugJugg Jeeyo, which featured a star-studded cast including Anil Kapoor, Varun Dhawan and Kiara Advani. The film enjoyed a moderate success at the box office.

Unlike Getty Images, Adobe says it will sell stock images made by artists who used generative AI programs like Dall-E, but requires images be labeled as such (Ina Fried/Axios)