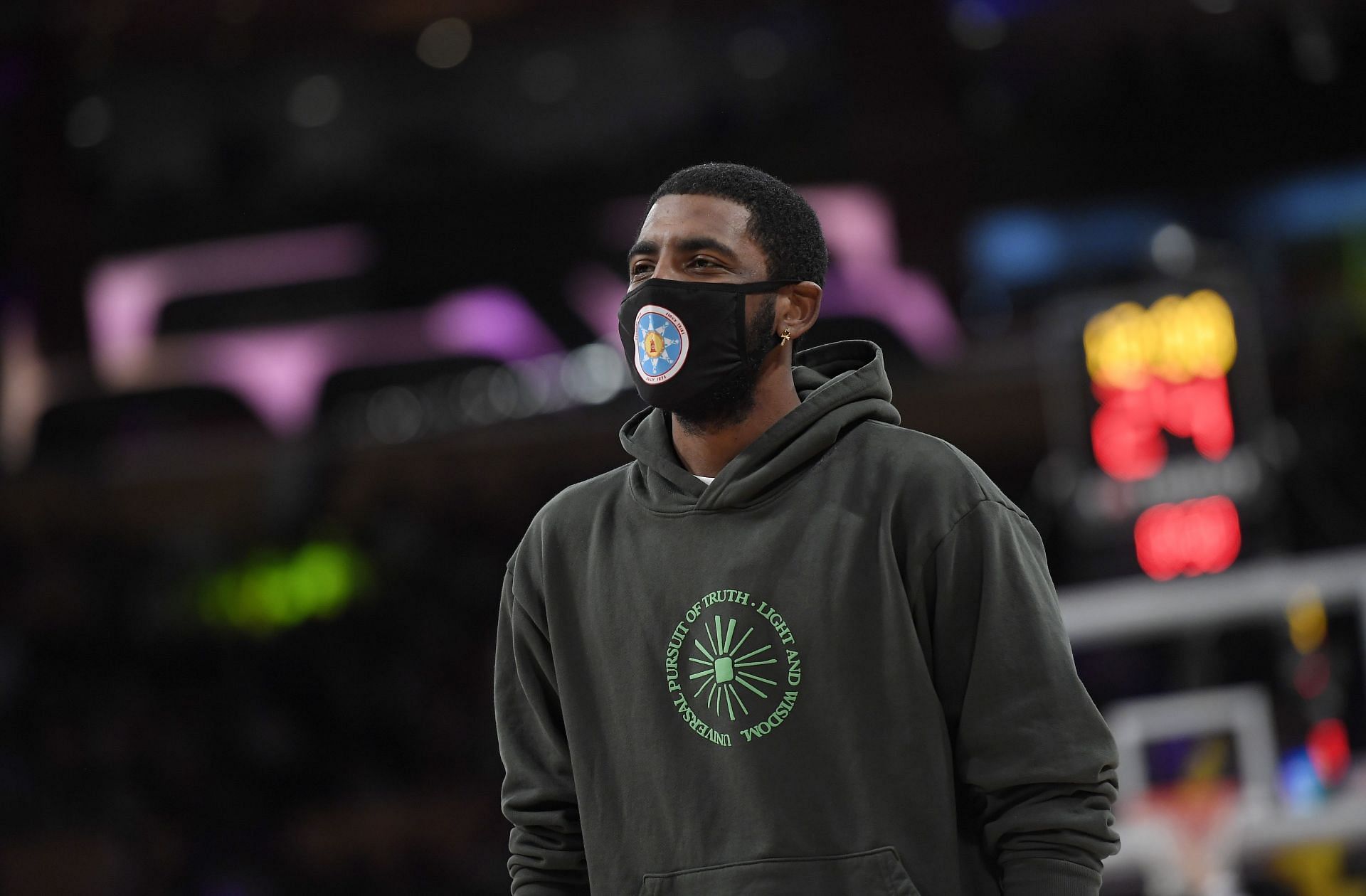 It looks like Kyrie Irving can’t escape the rumors linked to the LA Lakers even with Kevin Durant returning to the Brooklyn Nets. Brooklyn has expressed its desire to run it back with Irving and KD by sitting down with their players and not paying attention to trade talks.

The start of the NBA season is a month-and-a-half away, and the Nets are planning for a bounceback season. Early into free agency, trade rumors regarding Irving and the Lakers circled the news. Many were patiently waiting for a blockbuster exchange between the two franchises to happen. Additionally, the Nets were actively looking for a new home for KD.

Luckily for the Nets, they were able to talk Durant into rescinding his trade request and remain in Brooklyn. The move by the front office ultimately shut down any trade rumors linked to Irving, as they prioritized KD’s request.

But for the Lakers, they haven’t given up on the idea of getting Irving. They might not be able to trade for the seven-time All-Star this season, but that doesn’t mean their chances of getting him are zero. The Nets star guard is in the final year of his four-year $141 million deal.

The Lakers are willing to wait until next summer to acquire the 2016 NBA champion. They are also trying to maximize their cap space for them to be able to sign the All-Star.

LeBron James and Kyrie Irving’s reunion was hyped by fans earlier this offseason. However, they might have to wait until next summer for it to happen.

The 2021-22 season opened up new problems for the Brooklyn Nets. From injuries to off-court struggles, they experienced an embarrassing season.

Kyrie Irving wasn’t able to play a huge portion of games due to the COVID-19 vaccination mandate in New York City. Luckily for him, he was allowed to play early in January and played 29 games.

Now, the Nets have made moves that can help them compete at a high level.

Brooklyn got Royce O’Neal from the Utah Jazz in exchange for the Nets’ future first-round pick. O’Neale’s addition gives the team another 3-and-D player who can either start or come off the bench.

Their squad may not be the best, but on paper, the Nets are a scary matchup. For Kyrie Irving, the team that the front office has assembled might encourage him to return on a new deal. It’s all up to the Nets if they are willing to offer Uncle Drew a new contract.

The World’s Fastest Lexus LX600 Sprints Down The Quarter-Mile In 12.8 Seconds | Carscoops