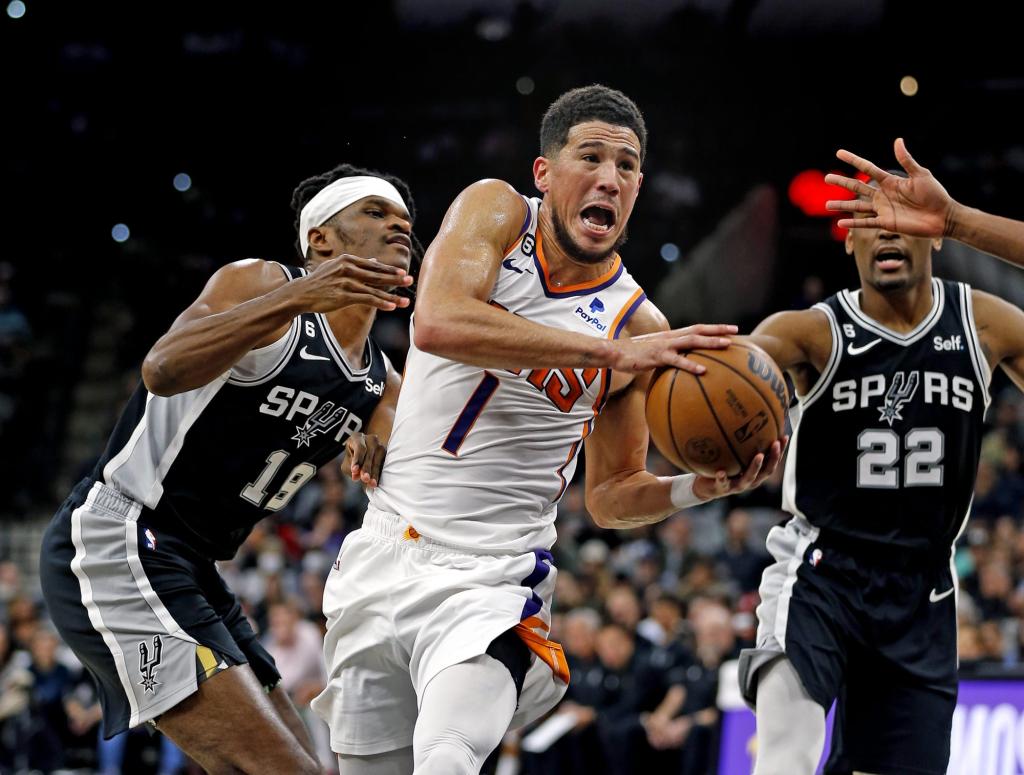 We’ve been on a roll with our NBA picks, cashing four of our last five against the spread after a 2-for-3 day on Wednesday. It helps when Jayson Tatum goes off for 49 points to beat the Heat and the Rockets … well, the Rockets do what the Rockets do.

Both Miami and Houston are in action again on Monday, but we’ve got our eyes on a trio of matchups with questionable lines, given how at least one side has fared as of late.

Here are our favorite betting plays at BetMGM to open the week:

What has already been a dysfunctional season for the Hawks reached a fever pitch this weekend with the latest rumblings about the feud between superstar guard Trae Young and head coach Nate McMillan – stemming from a reported argument about Young’s participation in Friday’s win over the Nuggets.

He’s expected to play on Monday, but he’ll be without teammates John Collins (ankle) and De’Andre Hunter (hip), which is a tough blow for this team after losing three of its last five games. Atlanta has won its last two, but so has Oklahoma City, which scored a major road win over the Timberwolves ahead of this one.

Shai Gilgeous-Alexander is back to his MVP ways, averaging 31.2 points over his last six games to key a Thunder squad with a stellar 8-2 ATS record as a road underdog. Don’t be surprised if this one comes down to the wire.

There’s no way around it: the Suns’ home loss on Friday to the Rockets (+11.5) was one of the worst losses by any team all year. Stll, this feels like an overreaction to that one result and to these teams’ infamous playoff clash to end last season.

In reality, Phoenix has been sizzling lately, winning seven of its last eight games (5-3 ATS) after a 38-point drubbing of the Spurs in its last time out. Devin Booker has been simply sensational in the last few games in particular, averaging 39 points over his last four games on a filthy 62.8% from the floor.

Luka Doncic has performed at an MVP level, too, but Mavericks are still an NBA-worst 6-15-1 ATS to show for it, including a miserable 3-8-1 ATS as home chalk. Phoenix won the first time in a thrilling comeback and owns the league’s second-best net rating (+8.4) across the entire season, so I wouldn’t be surprised to see another outright win here.

When looking to bet on or against the defending champions, it’s often as simple as checking one thing: are they at home?

That’s a reduction, obviously, but it’s a pretty dang profitable one for these Warriors, who are a stellar 9-2 ATS at home and a league-worst 2-10 ATS on the road. Golden State is outscoring opponents by 11.4 points per game at Chase Center and has won five of its last six home games by double digits after Saturday’s 19-point win against Houston.

I’d expect more of the same against the Pacers, who have lost three straight by at least 16 points and are without superstar guard Tyrese Haliburton (groin) for Monday’s affair. The Dubs have won their last two as double-digit favorites by a combined 36 points and should make quick work of Indiana here.