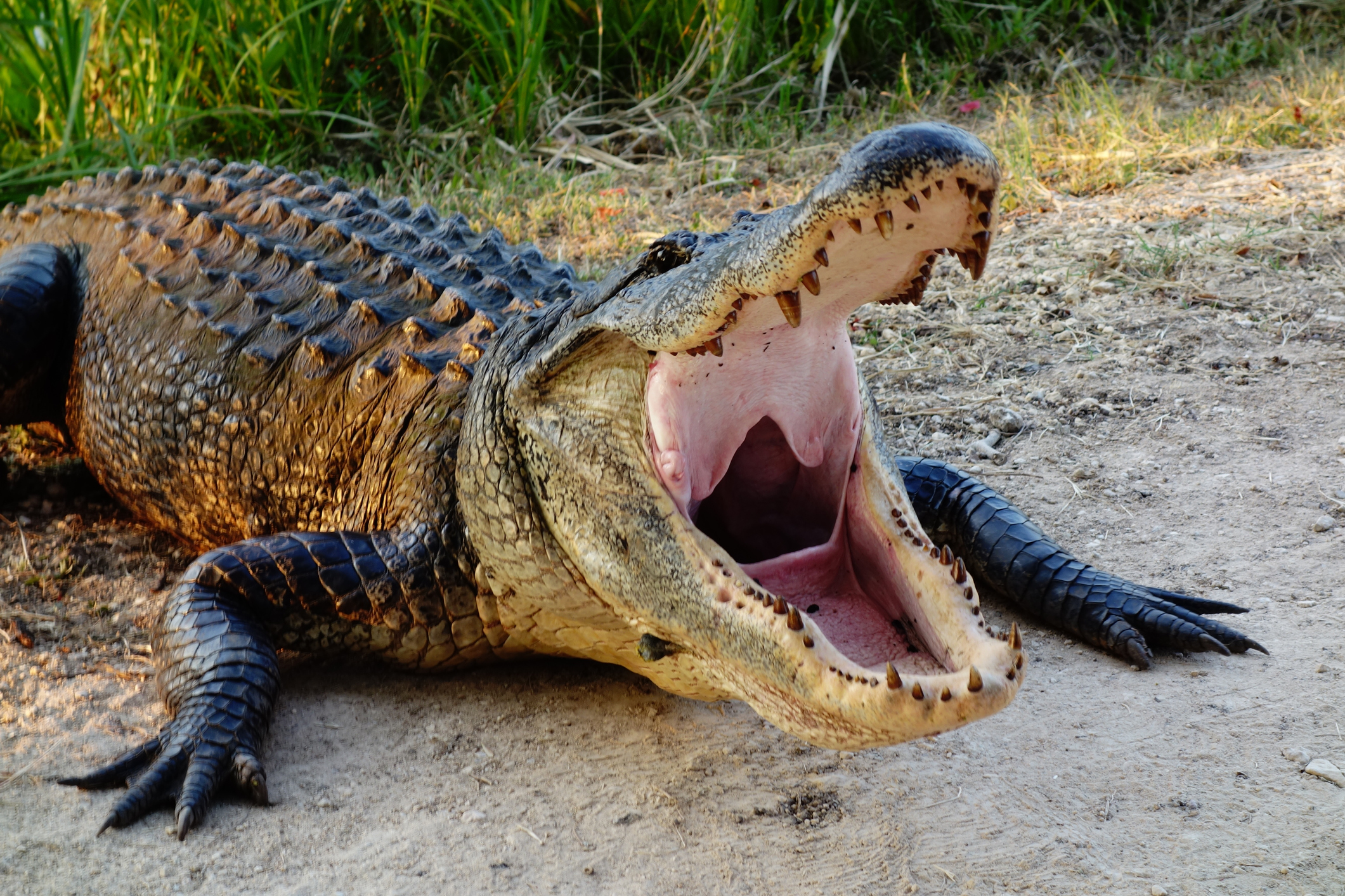 An enormous captive alligator has been caught on camera chasing after a much smaller gator in its enclosure.

Footage of the chase was shared on Facebook by Marzie Lou and has been liked over 45,000 times. You can watch the video here.

The larger alligator appears to be grinning as it stalks its smaller competitor, which manages to hide in a shallow ditch to avoid being eaten. At the end of the video it’s seen walking away unscathed.

“They were just playing,” commented Lou in the Facebook post. However, encounters of this nature don’t always have such happy endings.

In August, a large alligator in Florida, known as Big Head Fred, was seen slamming a smaller gator into the ground in an apparent attempt to tear up its body up into bite-sized chunks. In a follow-up video, a small alligator was seen without its head, floating belly-up in a pool of water. It isn’t clear whether this was the same alligator that was attacked in the previous video.

In March, a large cannibal alligator, named Grandpappy, was seen carrying a smaller love rival across a golf course green in his jaws.

Coleman M. Sheehy III, from the Division of Herpetology at the Florida Museum of Natural History, previously told Newsweek that this behavior wasn’t unusual. Alligator cannibalism is “totally normal behavior,” he said.

“Large alligators are well known to eat smaller alligators. However, the​ occurrence of this can vary quite a bit, partly due to what other food options are available and partly due to whether large gators have access to smaller gators.”

Alligators are opportunistic predators so they will eat pretty much anything that they can get their claws on, be that fish, deer or even smaller gators.

“Smaller alligators generally avoid areas where large alligators live. This may be because their ecological needs are different—different food and habitat—but also so they don’t get eaten by the larger gators,” Sheehy said.

In captivity, it’s much harder for the smaller gators to avoid these large aggressors. The conservation group Defenders of Wildlife said that large males can also be very territorial, which can make them very aggressive toward other animals. Smaller animals have a higher tolerance for other alligators and therefore can more often be found in close proximity to each other.

It’s unclear exactly how big the larger alligator in the footage was, but the Smithsonian National Zoo said that the males are, on average, around 11 feet long, and can weigh up to half a ton.

Newsweek contacted Marzie Lou to find out what then happened to the alligator.

Do you have an animal or nature story to share with Newsweek? Do you have a question about alligators? Let us know via nature@newsweek.com.