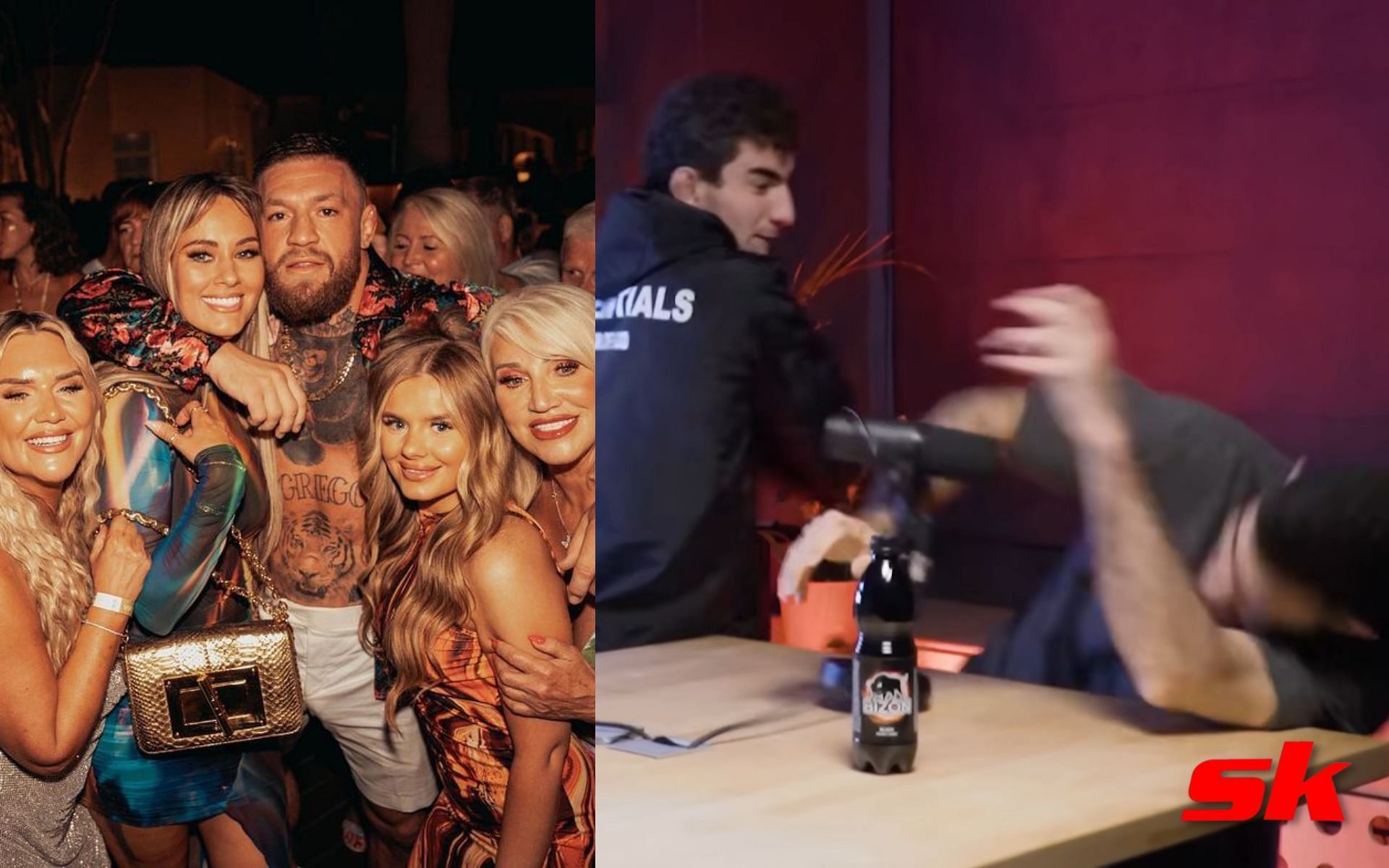 Welcome to today’s edition of Sportskeeda’s daily MMA News Roundup, where we present the biggest UFC updates and other stories from the world of mixed martial arts.

In the latest issue, we talk about an MMA fighter pulling a gun on an opponent during a podcast, the authorities investigating an alleged assault on a woman during Conor McGregor’s birthday celebrations, and more.

A Chechen MMA fighter named Shovkhal Churchaev threatened his Iranian rival Mohammad Heibati with what seemed to be a real gun on a podcast.

The incident reportedly took place on the set of the Rating Brothers podcast in Moscow, Russia on August 21 when Churchaev and Heibati were sitting down for an interview together. After almost an hour of civil conversation, Churchaev decided to lunge at Heibati and land a few punches before pulling out a gun on his opponent, who was by now on the floor and defenseless.

Catch the incident in the final two minutes of the video below:

Fans took to social media to voice their opinions on the matter after the news broke. According to the Mash Telegram Channel, Heibati has sought the help of the Iranian Embassy to resolve the matter.

#2. Nasrat Haqparast hopes to carry Afghan flag in the UFC octagon in future

It shouldn’t be too much to ask for the fighters to be able to represent their heritage when they walk out to fight and put their body and health on the line. However, with the current ban on carrying flags, that is not possible.

The ban was possibly put in place in light of Russia’s ongoing invasion of Ukraine, according to several MMA experts. Dana White has refused to state any reason for the same. At UFC Long Island last month, an employee of the promotion was seen snatching the Chinese flag from Li Jingliang.

Born in Germany to Afghan parents, Nasrat Haqparast has always been extremely proud of his roots and has ardently represented the same during his UFC fights. Speaking to Sportskeeda MMA’s Andrew Whitelaw, Haqparast stated that the ban was “heartbreaking” but was aware that he needed to follow the rules.

“… I’m not allowed to use the Afghan flag. I don’t know the reasons behind this, maybe something political or something, I don’t know… I need to follow the rules. Of course, [it’s] very heartbreaking because Afghanistan has a crazy history, it’s very very sad to see, especially the last year was very tough and now I cannot represent the flag.”

Watch the interview below:

Haqparast will be representing Morocco in his UFC Paris fight against John Makdessi this Saturday.

An Irish woman in her twenties was allegedly assaulted while attending Conor McGregor’s 34th birthday party on his yacht.

The woman reportedly filed a complaint at Sundrive Garda Station in Crumlin in August. She claimed to have suffered bruising in said altercation on the Irishman’s triple-deck yacht while in the Balearic Islands in Spain, per The Irish Sun.

Spain’s Guardia Civil has launched an investigation into the matter. While the UFC megastar has had his fair share of skirmishes with the law, authorities have cleared McGregor of any wrongdoing in this particular incident.

According to reports, investigators have “ruled out that the perpetrator was Conor McGregor himself or that he was even involved in the incident.”

Titans get first shot at revenge vs. Bengals since playoff loss

Healing Haiti in the face of an increase in sexual violence

Proof Of Reserves: Why Binance Is Launching A Website Dedicated To Transparency