Meet The Gun-Toting Monsters Of Palworld In New Trailer 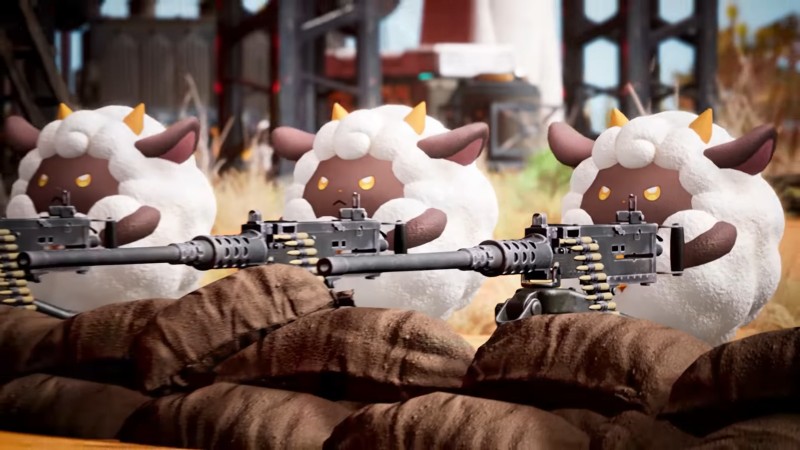 Palworld, AKA “That bizarre Pokémon-ish game with guns”, has a new trailer that puts names to the many cuddly faces that star in this over-the-top adventure.

Meet the Pal, the monsters that roam Palworld’s colorful yet kind of messed up world. These cuddly though often dangerous critters include the seemingly love-obsessed Lovander, grass panda Mossanda, and Tanzee, which is basically Grookey if it possessed a love for the AK-47. Sure, some of them boldly walk the line of being outright copies of existing Pokémon, but these can carry guns, which we imagine is enough of a separation to repel any lawyers. Check out the latest trailer below.

Palworld first gained attention in June 2021. Developer Pocketpair bills the experience as a multiplayer open-world survival game as opposed to a turn-based RPG like Pokémon. As a human character, you can capture, befriend, train, battle, and breed Pal. If you consider yourself a bigger monster than what you’re catching, you even sell, eat, and outright exploit Pal for labor. On top of that, you can build houses, battle poachers, and construct factories to put your critters to work. Palworld looks nuts, and we’re still not entirely convinced it’s a real video game, but we certainly want it to be.

Thankfully, Pocketpair plans to release Palworld in Steam Early Access sometime next year, so we’ll hopefully get a chance to try it out sooner than later. The game is currently slated for PC.