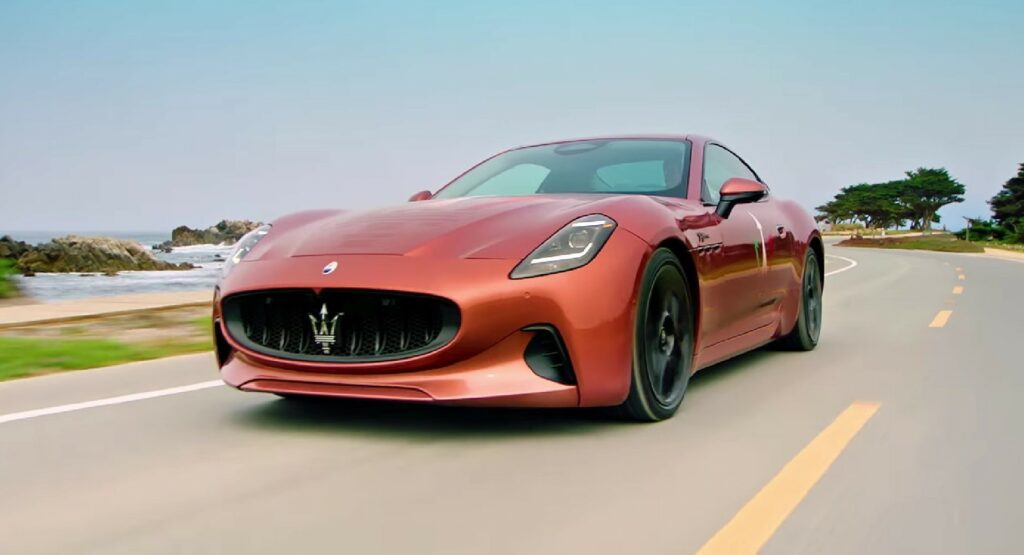 Maserati published a teaser video of the upcoming GranTurismo Folgore EV. The video, shot in California during the Monterey car week, leaves little to the imagination with the exception of the dashboard, while giving away a few specs.

Stand-up comedian Sebastian Maniscalco was chosen as the main star of the promo, joined by Klaus Busse, Head of Design, and Maria Contin, Chief Communication Manager for a joyride in fantastic scenery. Unlike earlier teasers and spy shots of the GranTurismo Folgore, here the sportscar doesn’t have any kind of camouflage, giving us a proper look from all angles. We also get to hear its unique faux exhaust sound, created by the same engineers that worked on the sound of combustion-powered Maserati models.

The Maserati GranTurismo Folgore has similar proportions to its predecessor, combined with even sexier curves, and modern styling touches. At the front, the signature Maserati grille is not fully covered, flanked by brake duct intakes, a vented bonnet, and MC20-style LED headlights mounted on the fenders.

The Folgore badge above the three holes on the side gills betrays the electric nature of the underpinnings, as with the lack of exhaust pipes at the back. Speaking of which, the uncovered tail of the GranTurismo features pronounced shoulders, a pair of slim horizontally-mounted taillights, and a discreet diffuser. Another Folgore-specific feature is the charging port that is located on the rear bumper. We expect the ICE-powered GranTurismo to look quite similar, with small changes on the bumpers and the trim, plus quad exhaust pipes. 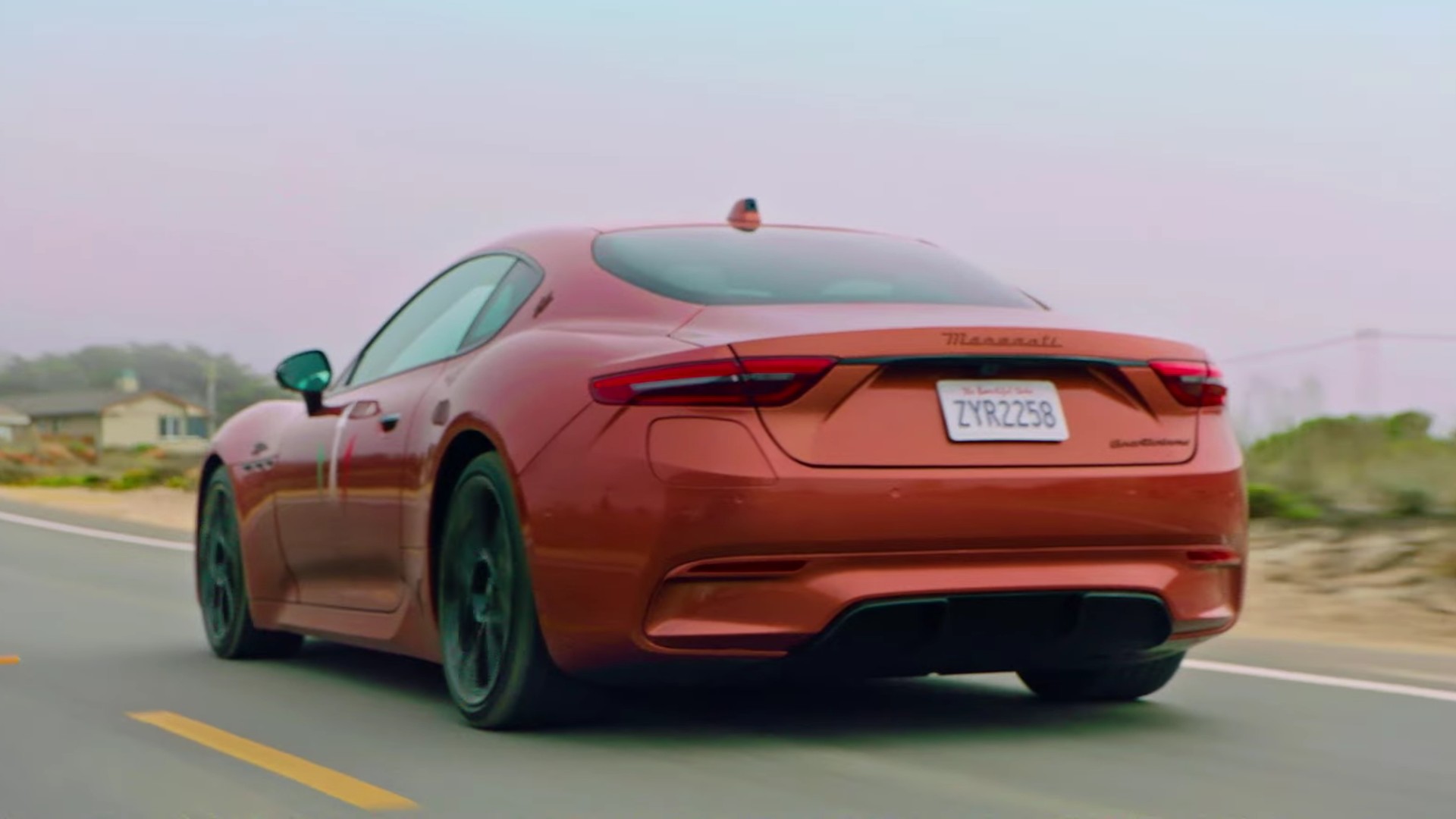 Inside, we get to see the 2+2 cabin, with white and blue upholstery. The cabin gets environmentally friendly materials including a special fabric made of recycled nylon. The rear headroom appears to be slightly tight, as anyone would expect from such a vehicle. Maserati blurred the dashboard so they have something to show in the official premiere.

On the technical front, the Trident brand was coy on details about the EV powertrain. Klaus Busse revealed that the batteries are located in the central tunnel for lower ground clearance. When plugged to a fast charger, the battery will replenish enough juice for 100 miles (161 km) of range in 10 minutes.