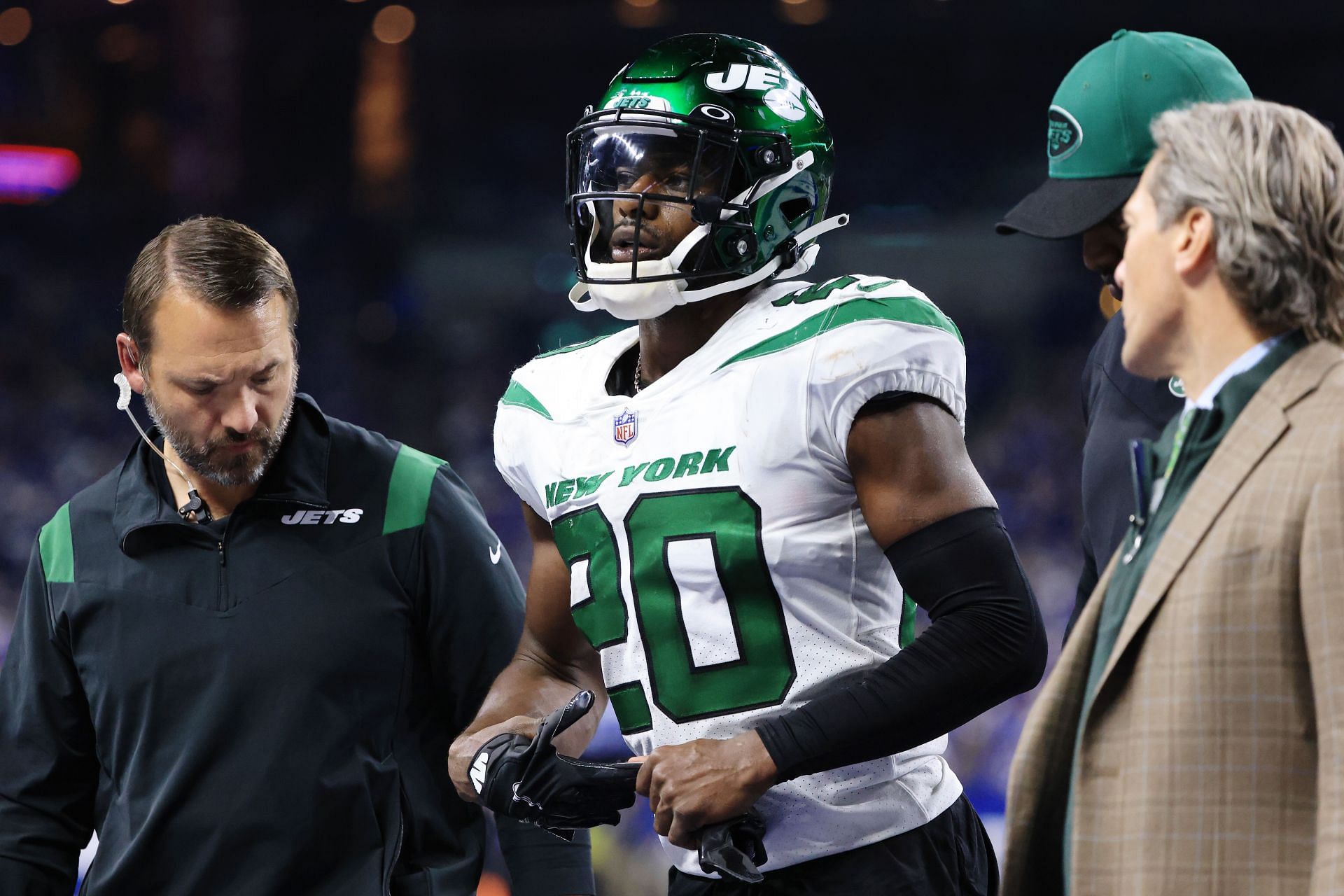 New Orleans safety Marcus Maye is in hot water right before the new NFL season starts. We are a little over a week away from the season opener for New Orleans and they could be without one of their starting players.

According to Nick Underhill of NewOrleans.football.com, Maye was arrested for aggravated assault with a firearm. The 29-year-old was a member of the New York Jets for the last five years and moved to New Orleans this offseason.

Saints safety Marcus Maye was arrested this morning for aggravated assault with a firearm, per source.

Saints safety Marcus Maye was arrested this morning for aggravated assault with a firearm, per source.

Now, with this report via Underhill, Maye is not off to the best start with his new team. Having signed a brand-new three-year, $28.5 million contract, there is every chance that he will not be suiting up for Week 1 against the Atlanta Falcons.

The 29-year-old starting safety for the Saints was arrested over what police say was a road rage incident. It then evolved into an aggravated assault with a firearm, per usatoday.com.

Maye’s attorney, Eric Hassler, issued a statement and told NFL Network via Tom Pelissero that the 29-year-old denies the allegations leveled against him.

“Marcus vehemently denies the allegation from a motor vehicle incident, and looks forward to defending himself when all the facts come out.”

Unfortunately for Maye, this is not his first incident with the law. Just 18 months ago, the 29-year-old was arrested for driving under the influence along with two more misdemonoers.

The safety was drafted with the 39th pick in the 2017 NFL Draft by the New York Jets. He started all 16 games in his rookie year and snagged two interceptions along the way.

In his second year, he played just six games after tearing his achillies against the Indianapolis Colts. However, he managed one interception that went for an incredible 104 yards.

The following year, the safety was back, and again, played all 16 games for the Jets while grabbing just one interception. In 2020, the safety again showed his resilience by playing the full 16 games and grabbed two interceptions.

In total, he’s played 60 games across five years in the NFL and has six interceptions along with four forced fumbles and 312 combined tackles.

The 29-year-old was hoped to be the cherry on top for a Saints defense that is of Super Bowl caliber. Nonetheless, with his arrest, he may not be on the field much in 2022.

If you use any of the above quotes, please credit Tom Pelissero of NFL Network and H/T Sportskeeda.com.

Arnie explodes at Aussie star; why Roos could be in ‘real peril’ against Denmark: Socceroos Daily

Birth Anniversary Special: The Other Side Of Bappi Lahiri – Times of India

Did Chris Hemsworth Hint Thor’s Death In Avengers: The Kang Dynasty With His Latest Comments?