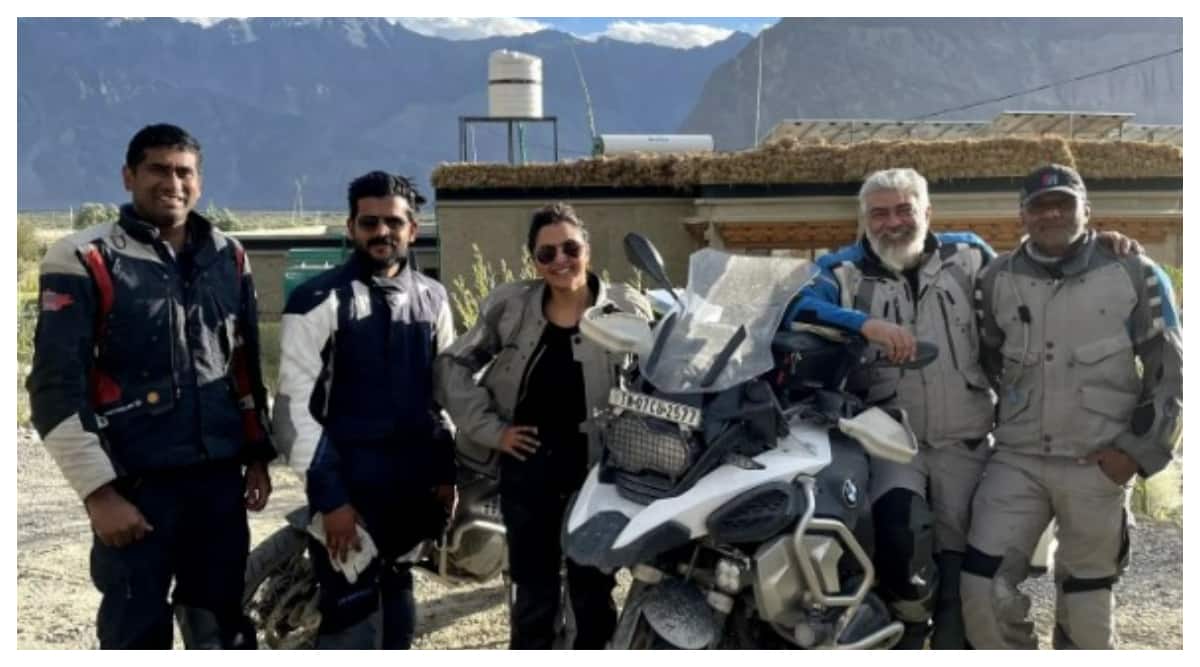 Actor Manju Warrier and Ajith Kumar will soon be seen together in their next film, tentatively titled AK61. However, before that happens, fans got a chance to see the actors together in a photo as they enjoy a bike trip in Ladakh. The photo has been going viral on social media.

The actors smiled ear-to-ear as they posed for a photo in the Himalayas. Manju shared the photo on her social media with the caption, “Huge thanks to our Super Star Rider Ajith Kumar Sir! Being an avid traveller, I’ve had the opportunity of travelling throusands of miles on four wheelers. This is the first time I’m doing a tour on a two wheeler.”

After the enormous success of Valimai, Ajith had taken a break to rejuvenate. Then, he started filming for AK61 with Manju and was seen a shooting in Vizag a few days ago. Valimai, which was produced by Boney Kapoor and starred Kartikeya along with Bollywood actor Huma Qureshi, became a high grosser at the Tamil box office. The film crossed the Rs 100 crore mark worldwide. However, the film couldn’t replicate the same success at the Hindi box office.

Manju was recently seen in Malayalam film Jack N’ Jill. The actor has plenty of films in the pipeline, including Ayisha and 9MM and Vellari Pattanam.

The Other HMMWV: Rare 1981 Teledyne Continental Cheetah Going Up For Auction

How Hungry Are You?: Would VanVleet trade Barnes for Durant?