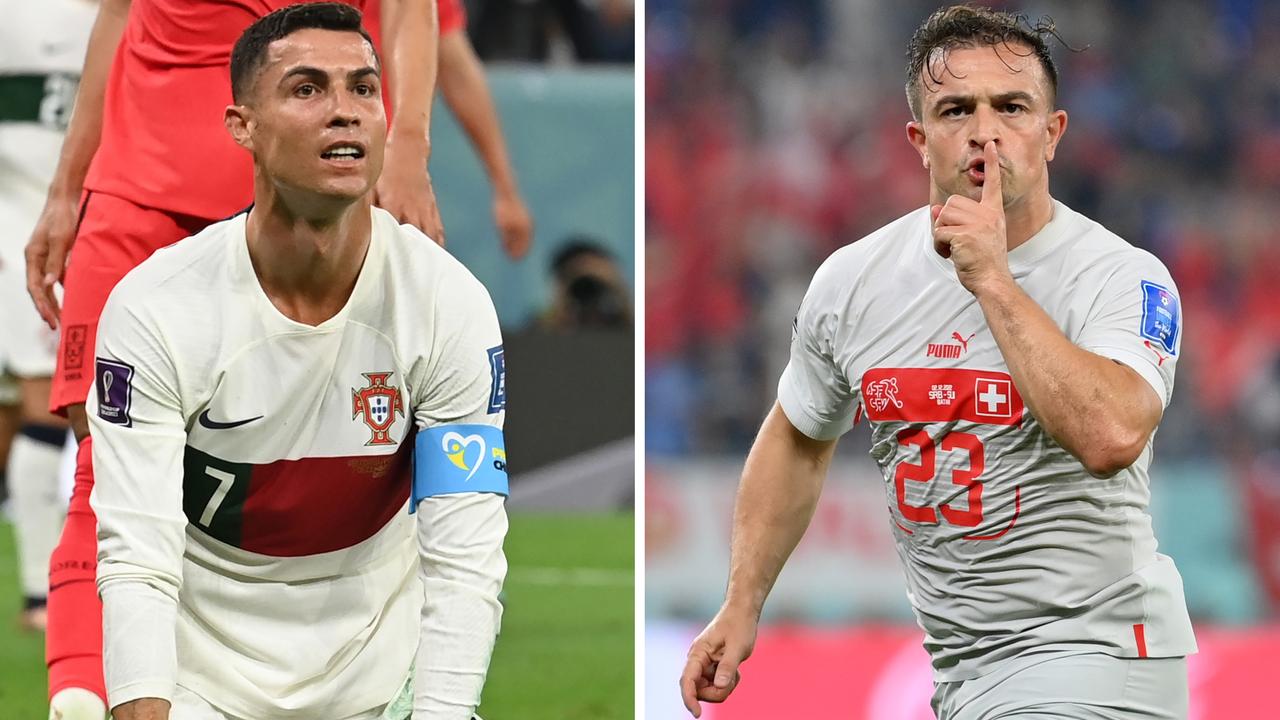 Portugal coach Fernando Santos said he was unimpressed with Cristiano Ronaldo’s behaviour after the forward reacted angrily when substituted during the team’s final group game at the World Cup in Qatar.

Santos, who said the matter was now closed, is preparing his team to face Switzerland in the last 16 on Wednesday morning (6am AEDT).

Ronaldo initially said he was “insulted” by a South Korean player as he was substituted in the second half of his side’s 2-1 defeat to the Asian side on Friday.

But Portuguese media have shown images that suggest he used vulgar language in response to Santos’s decision.

But he said a line had been drawn under the incident.

“Then these matters are resolved, resolved in-house,” he said.

“They are over. It is the end of the story regarding this issue and now we’re thinking about the game tomorrow and everyone is fully focused on the match preparations.”

Ronaldo’s starting role in the team remains a hot topic among Portugal fans with a poll in the A Bola newspaper showing 70 per cent of them don’t want the legend in the starting XI.

But Santos said he was not paying attention to the debate or online polls on the issue.

“I do not read this type of material,” he said. “It is not a lack of respect, it is simply that we have three days to train for a game and I am not looking at other kinds of news. We focus on the upcoming match.”

Yet Santos added: “I will only decide the captain when I reach the stadium, like I’ve always done.”

Santos said he expected a close contest against Switzerland. Portugal beat the Swiss 4-0 in the UEFA Nations League in June before losing 1-0 in the reverse fixture.

“It won’t be the first time against the Swiss, we know it will be a difficult match,” he added. “They are a well-organised team with high-quality players and they know their way of playing very well.

“They are very well synced and are always focused and that is what we expect in this match — we will face a disciplined side.”

Follow Portugal v Switzerland from 6am AEDT in our live blog below!