It’s surreal to think that the first Lego Star Wars is inching closer to two decades old, but even more so to see a brand-new version of some of those same stories in Lego Star Wars: The Skywalker Saga. Time has allowed for significant reinvention–developer Traveller’s Tales’ latest marks the biggest departure from the familiar formula that has permeated its library of Lego games. These gameplay changes enhance the familiar Lego action-adventure gameplay to make the moment-to-moment combat, platforming, and puzzle-solving more engaging. However, the breadth of content on offer does not live up to the potential of this new direction.

Core to The Skywalker Saga’s gameplay changes is a new perspective. Gone is the overhead camera, replaced by an over-the-shoulder third-person view that draws you closer into effects-laden lightsaber duels and chaotic cantina shootouts. You’re offered far more control over the action than in earlier Lego titles, with cover-based shooting giving you more tactical options to take out stormtroopers and expanded combos offering more options to dismantle droids with a flurry of melee strikes. The Skywalker Saga’s difficulty is still tuned to ensure you’re always making progress–its action is straightforward and breezy while its puzzles are usually just a handful of steps away from a solution–rather than throwing difficult roadblocks in your way. It lets you\ easily progress even if you’re just repeatedly mashing a single attack. It’s still fun to experiment with new button combinations to see special moves from the game’s expansive roster of characters, but this isn’t a game that requires you to memorize extended combo strings–these mechanics are simply there for those who want to engage in them.

Want us to remember this setting for all your devices?

Please use a html5 video capable browser to watch videos.

This video has an invalid file format.

Please enter your date of birth to view this video

By clicking ‘enter’, you agree to GameSpot’s

With more than 400 playable Star Wars characters, there’s a lot of space for many of these to be complete copies of one another. And while there is significant overlap between the characters that wield the same category of weapon, a class system creates enough of a substantial gameplay difference between similar characters. It’s easy to tell the difference between a fast-shooting Bounty Hunter and a well-rounded Scoundrel, as well as the slight ability differences between Force-wielding characters depending on whether they’re Jedi or Sith. Each class also features unique abilities that are needed for certain puzzles, supplying incentive to swap between characters when you’re exploring planet hubs or replaying story stages.

Replacing the collectible Red Bricks from previous games are new Kyber Bricks, which are used in conjunction with the returning Stud currency to upgrade The Skywalker Saga’s expanded roster of character types. Each class has its own, albeit small, upgrade tree to pursue, letting you expand on the abilities of Force-wielding melee fighters or the utility of a protocol droid. This can make objects thrown with the Force more deadly, for example, or make equipped armor block more damage. Most of these, unfortunately, only work toward removing the annoyance of minigames that wear out their welcome early in the game instead of giving you more fun tools to layer on top of the expanded combat options. Given the game’s low difficulty, it’s also easy to just completely ignore many of the core upgrades that apply to all character types, considering they do not have any tangible effects on the way you will continue playing. This makes hunting for Kyber Bricks less exciting, unless you crave the missing thrill of finally uncovering the last one after breaking apart everything in a level.

Throughout the 45 levels of The Skywalker Saga (five levels per movie), you’ll be swapping between pre-determined character teams to tackle some of The Skywalker Saga’s best moments. Especially in its linear stages, the mix of puzzle-solving and effects-laden action is a delight, letting you re-experience some of the highest highs of the franchise with a humorous veneer. It’s clear from the moments included, such as the climactic lightsaber duels and recognizable Death Star trench run (and by extension, those relegated to slight mentions in cutscenes, like anything that has to do with trade routes) that Traveller’s Tales understands Star Wars fans both young and old. The Skywalker Saga has enough silly, slapstick moments to garner countless giggles from younger players, but is also full of clever jokes from other sources that older players will appreciate (a reference to an Eddie Izzard skit was a real highlight).

Some of the most climactic moments from the films are played for intricate laughs, sometimes even poking fun at them in the process. A younger Anakin in Episode I is written as a laughably self-centered brat, quickly moving from one emotional trauma to the next if it continues his journey to become a Jedi. Later in the same campaign, the eye-catching fight between Darth Maul and the Jedi pairing of Obi-Wan and Qui-Gon Jinn supplies another good reason to lose yourself in the epic soundscape of “Duel of the Fates,” which is made all the more special if you happen to notice the hovering platforms of a droid orchestra playing along to the symphony in the background. The Skywalker Saga and its design seem acutely aware of what moments still play well with fans today, and it makes exploring the trilogies again a delight.

It’s outside of the more tightly directed levels that The Skywalker Saga falters. Each campaign takes you to a variety of small but open hubs, littered with many side quests and optional puzzles for you to solve. While initially engaging–I spent a lot of time messing around on Tatooine during my first handful of hours–the content in these hubs quickly becomes repetitive. Puzzle and quest structures are recycled to supply some challenge in obtaining many of the game’s unlockable items, from new characters and ships to individual pieces for micro-builds. There are only so many times that looking for a character in an area filled with almost identically styled ones is fun, though, which enticed me to rush through these hubs during campaigns to get back to the good stuff.

Attempting to stick with the campaign’s core content also shows how empty some objectives can be, especially when these same hubs are used to bridge the slower moments in the films. There are a handful of times when you travel to a planet and are forced to walk slowly behind a character until you reach a waypoint, get treated to a short cutscene, and are then directed back off-world to progress the story. There’s a whole section in Episode I where you’re looking for the Gungans after they’ve fled their underwater city, but you must walk from the entrance to the farthest point of the hub just to get the prompt to leave the level and search elsewhere. It’s clear that the side content is meant to entice you to poke around these hubs more, but once that allure has worn off, the way it breaks up the pacing throughout each campaign is frustrating.

What does make the back-and-forth journeys somewhat more enjoyable is the additional time you get to spend admiring the incredible detail that has gone into each one of these hubs. Mixing the blocky aesthetic of Lego with some realistic backdrops, The Skywalker Saga is surprisingly breathtaking to admire. The lighting in particular is drastically improved over previous entries, providing a sheen to the clean mini-fig characters that can be visibly dulled over time and under the right conditions, whether in the blinding white snowstorms of Hoth or the dusty streets of Mos Espa. The heavy rain on Kamino makes lightsaber swings glisten across the water-slicked surfaces, setting a new, high bar for what you can expect from future Lego games of this ilk.

Much like the way early Lego Star Wars games set a tone for where the franchise would explore next, and how it would do so, The Skywalker Saga feels like the epitome of all the lessons learnt along the way while also setting up for the future. The intimate new camera angle and expanded combat breathe life into a familiar formula, while the linear levels feature a pleasing mix of puzzles and combat that are peppered with sharp humor. It’s a pity that all of this can’t be leveraged well enough to inject the same excitement into the side content that makes up most of the explorable hubs, which can take the thrill out of hunting down every unlockable character. But when The Skywalker Saga finds its stride, and it often does, it can be one of the most enjoyable ways to rediscover this storied franchise once again. 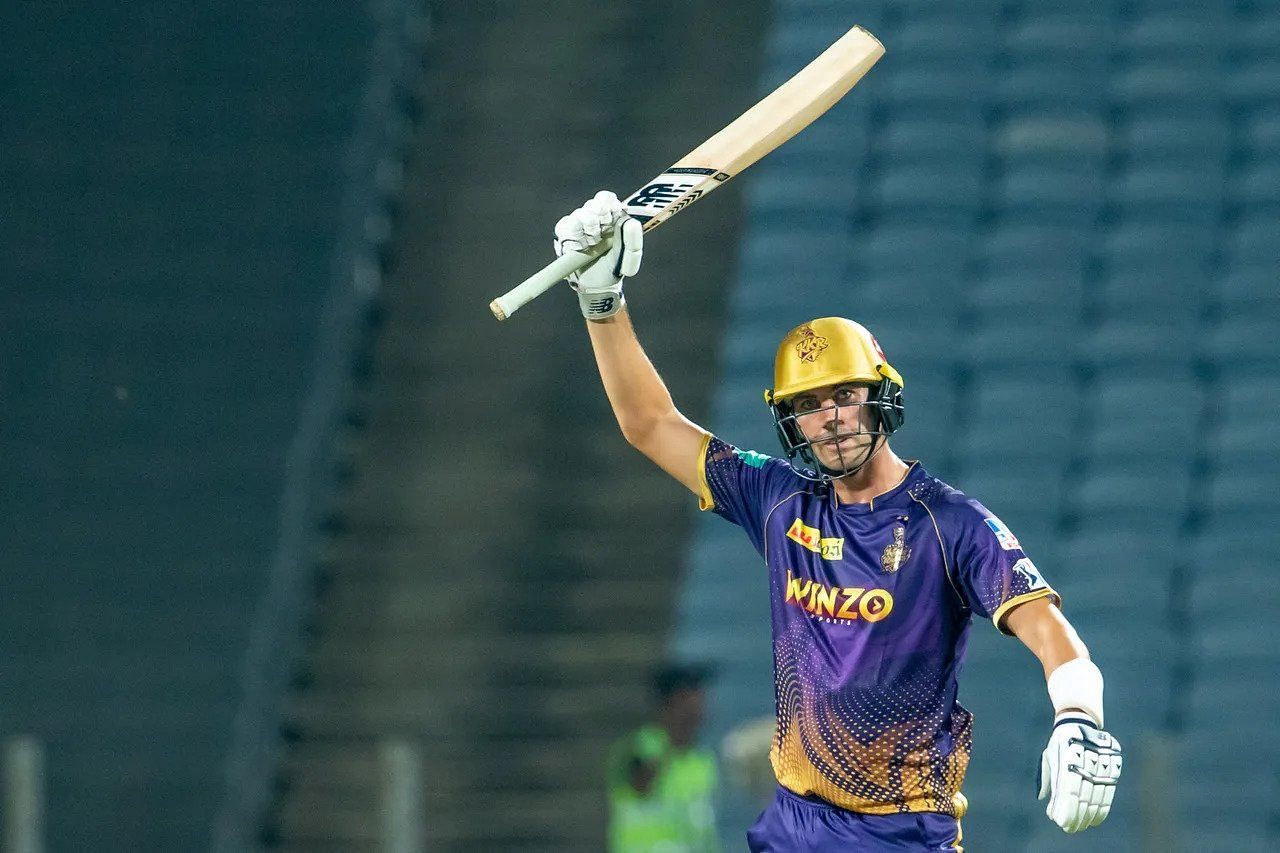 Accessibility in games and tech is gradually improving to become more inclusive by allowing more people to experience these things without barriers. 2021, in particular, […]

Does the Steam Deck Throttle?

The short answer is no, the Steam Deck does not throttle. The slightly longer answer is: No, but you can throttle yourself if you really […]