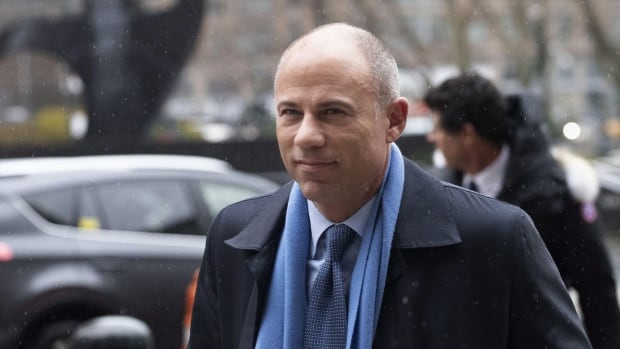 Incarcerated lawyer Michael Avenatti was sentenced in Southern California on Monday to 14 years in prison and ordered to pay $7 million US in restitution after admitting he cheated four of his clients out of millions of dollars.

The sentence should run consecutively to the five-year prison term he is currently serving for separate convictions in New York, U.S. District Judge James V. Selna said during a hearing in Santa Ana, California.

Avenatti pleaded guilty earlier this year to four counts of wire fraud and a tax-related charge without reaching a plea deal with federal prosecutors, saying he wanted to be accountable and spare his family further embarrassment. He was accused of negotiating and collecting settlement payments on behalf of his clients and instead funnelling the money to accounts he controlled.

Before sentencing, Avenatti apologized to the four victims in the case, three of whom were in the courtroom.

“I am deeply remorseful and contrite,” Avenatti said. “There is no doubt that all of them deserve much better, and I hope that someday they will accept my apologies and find it in their heart to forgive me.”

Prosecutor Brett Sagel told the court that Avenatti’s criminal conduct “arose from calculated choices and egregious violations of the trust” his clients placed in him.

“He didn’t turn to his criminal actions by desperation, by need, by the inability to do anything else,” Sagel said. “Despite the significant advantages that this defendant had — a first-rate education, a thriving legal career — he chose to commit the deplorable acts in this case time and time again.”

The government dropped all other remaining charges against Avenatti stemming from a 36-count indictment.

Avenatti represented Daniels in her lawsuit to break a confidentiality agreement with Trump to stay mum about an affair she said they had and became one of Trump’s leading adversaries, attacking him on cable news programs and Twitter.

In California, prosecutors said Avenatti collected $4 million US from Los Angeles County for a man who suffered in-custody injuries and was left paraplegic after a suicide attempt, but denied the settlement was received. They say he then paid the man smaller amounts ranging from $1,000 to $1,900 that he called advances on the broader settlement. In another instance, prosecutors said Avenatti collected a $2.75 million US settlement payment for a client and used much of the money to buy a private airplane.

Prosecutors had asked for Avenatti to be sentenced to an additional 17.5 years in prison on top of the five he is already serving.

Avenatti, who represented himself in the proceedings, asked that he be given a sentence of no more than six years that would run concurrently to the time he is serving.