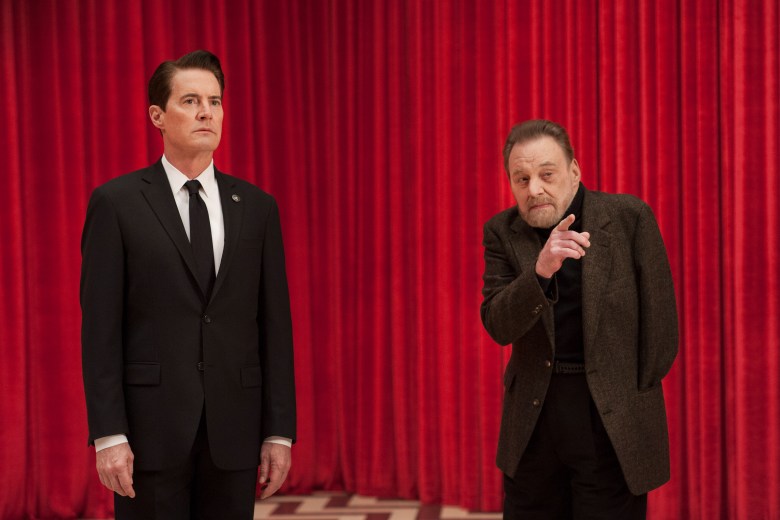 Kyle MacLachlan is remembering his “Twin Peaks” co-star Al Strobel, who passed away at the age of 83 on December 2.

“I am sad to have to post that Al Strobel passed away last night. I loved him dearly,” Sutherland wrote on December 3. “Through the darkness of future past and much sadness we say goodbye to Al Strobel. He is an irreplaceable human being and will always be an important part of our ‘Twin Peaks’ family.”

Sutherland’s tribute beginning with “Through the darkness of future past” is a reference to how Strobel’s character says that very thing in a lyrical monologue that ends with the series’ first utterance of the words “fire, walk with me.”

MacLachlan shared his condolences, writing on Instagram, “One of the nicest guys ever. I’m so sad to hear this news. He brought a gravitas and intensity to the world of ‘Twin Peaks’ that was essential.”

“Twin Peaks” premiered in 1989 and ran for two seasons before returning in 2017 for the third installment on Showtime. Strobel also featured in the 1992 prequel film “Twin Peaks: Fire Walk with Me.” In the series, Strobel’s character cut off his arm to stave off the evil presence of BOB, with whom he’d committed murders possessed by the inhabiting spirit “Mike.” Strobel briefly came out of retirement to reprise his role for “The Return.”

Strobel lost his left arm in a car accident at age 17. In addition to starring in “Twin Peaks,” he also appeared in films “Megaville” and “Ricochet River,” plus the TV movie “Child of Darkness, Child of Light.”

“Twin Peaks” co-creator Frost penned in memoriam, “Oh no…Dear Al…as those of you lucky enough to have met him over the years, what a warm and wonderful gentleman he was. RIP, friend.”

Writer-producer Harley Peyton added, “As authentic an actor as I ever met. So precise so real. RIP. Al.”

Oh no…. Dear Al… as those of you lucky enough to have met him over the years, what a warm and wonderful gentleman he was. RIP, friend https://t.co/XEsrNAYZ5V