Kartik Aaryan Obliges Fan With Selfies As He Gets Spotted In The City; Watch Video 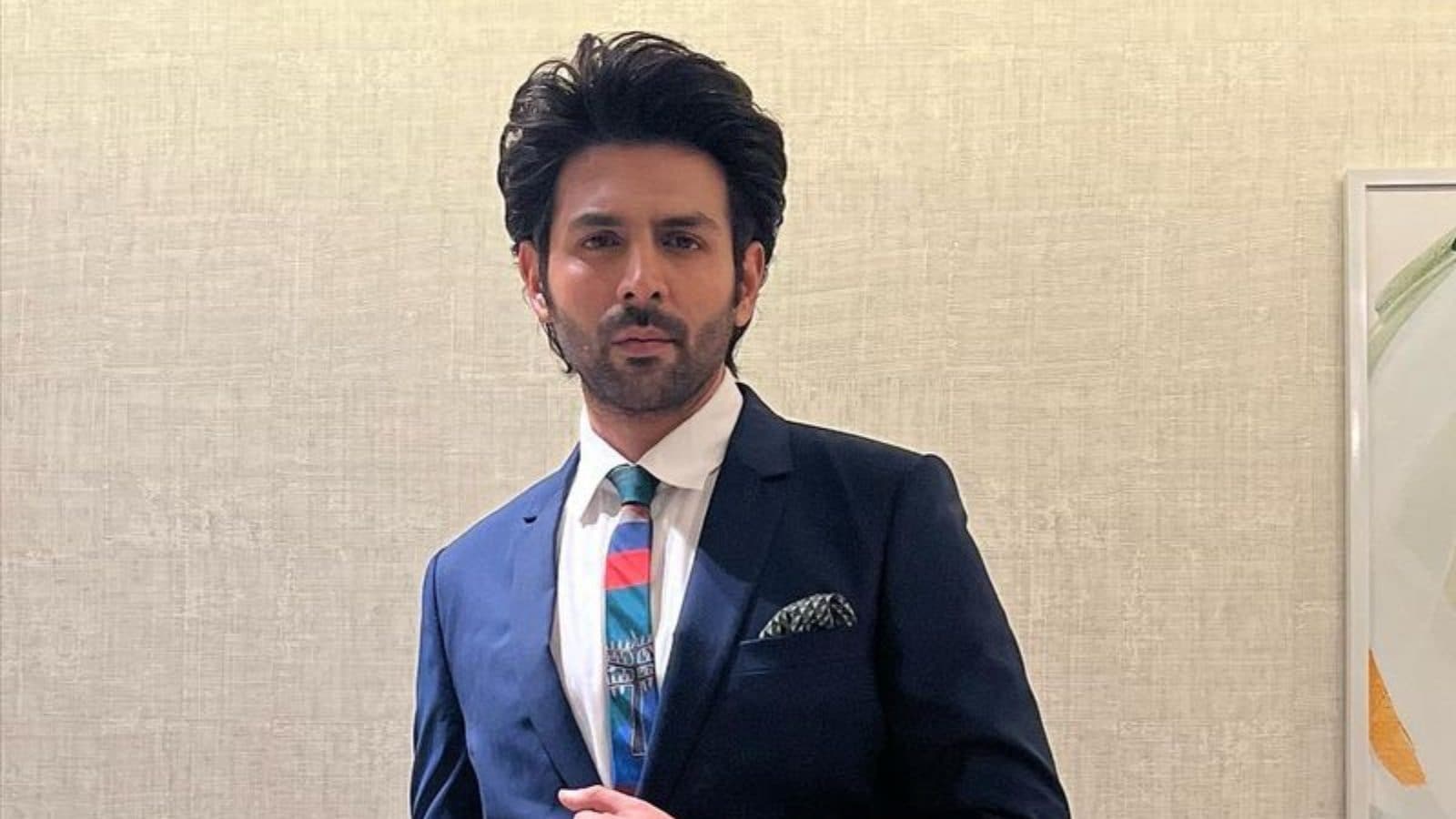 Kartik Aaryan has been on a roll lately. Ever since the success of Bhool Bhulaiyaa 2, the actor seems to be really occupied with several projects lined up on his list. Captain India, Shehzada, and Dostana 2 are some of the names on the actor’s upcoming work list. Amid the busy schedule, he was recently spotted in the city. The video was shared by paparazzo Viral Bhayani where the actor can be seen interacting with the camerapersons as well as a fan.

The actor was seen interacting with a fan while he was spotted by the paparazzi. He then posed for the camera along with the person next to him. The Sonu Ke Titu Ki Sweety star appeared in a casual yet stylish outfit. He was donning a white t-shirt with blue sleeves. For the bottom, the actor chose to go for ripped grey jeans with simple black slippers. The look was completed with a black cap.

Before entering into his black Lamborghini Urus, he was stopped again for a while to strike poses. A young fan then approached him with a request to get clicked together, which he agreed to.Soon after the video was posted, scores of fans chimed into the comments section to drop heart emoticons. The Bhool Bhulaiyaa 2 actor’s humility and act of clicking pics with his fans impressed netizens.

Lastly, a cameraman congratulated him for the comic adaptation of his movie Bhool Bhulaiyaa 2. As the driver drove off, a paparazzi chanted ‘Ganpati Bappa’ and Kartik completed it by replying with ‘Morya’.

Kartik Aaryan rose to fame with his enthralling monologue in his debut movie Pyaar Ka Punchnama. In 2018, Sonu Ke Titu Ki Sweety got him due recognition. His other prominent roles include Love Aaj Kal, Luka Chuppi and Pati Patni Aur Woh.

After the success of Bhool Bhulaiyaa 2, the actor has now wrapped up the shoot of Shehzada which he called his most commercial movie. The movie will also feature Kriti Sanon in a lead role. He will also be seen in Ekta Kapoor’s Freddy with Alaya F.