Karan Johar touches Nagarjuna’s feet at Brahmastra event, roots for ‘one Indian film industry’ instead of its classification into Bollywood or Tollywood 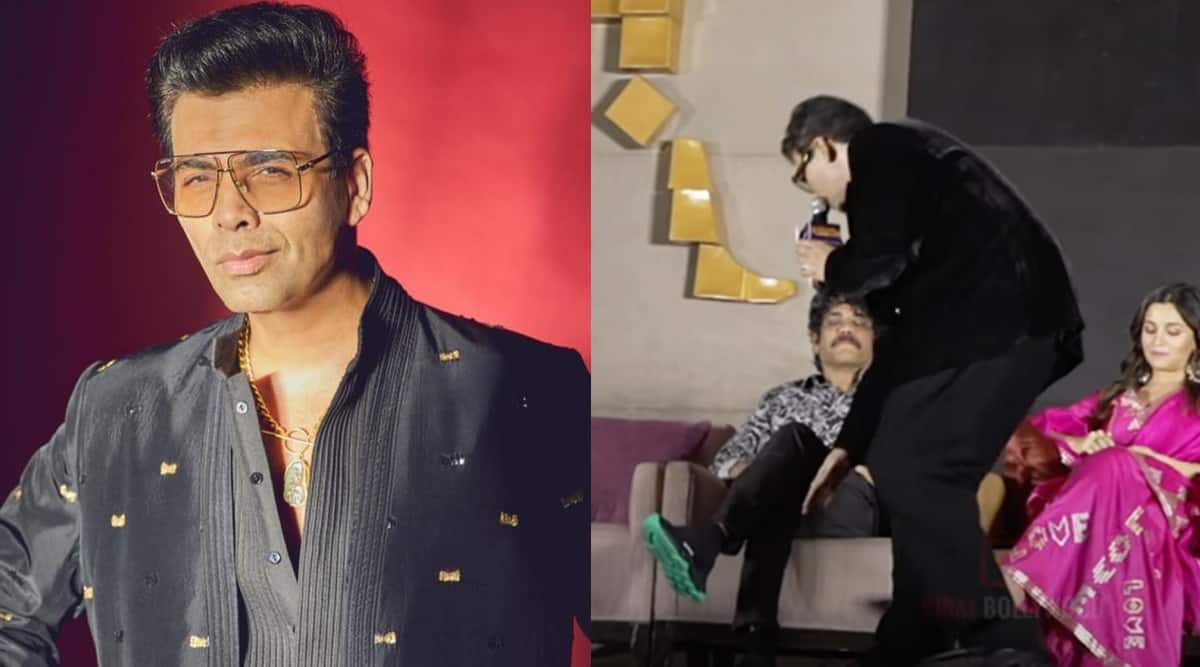 Ahead of the release of Brahmastra, the film’s stars Alia Bhatt and Ranbir Kapoor, along with the film’s producers Karan Johar and Apoorva Mehta, and co-stars Mouni Roy and Nagarjuna reached Hyderabad to promote the upcoming fantasy drama. They were joined by some special guests, including SS Rajamouli and Jr NTR. At the event, Jr NTR and KJo talked about making better films as one industry, and braving the storm that is currently affecting major releases.

Addressing the audience, Jr NTR spoke about how Indian cinema is under tremendous pressure from global cinema and people want “something more than what we are delivering.” He said, “I am a person who believes we perform better when we are under pressure. So, the pressure is good. I think the industry in total has to accept this challenge and make good, better films for our audiences.”

He added, “I hope everyone understands that I am not putting anyone down here. Let’s accept the challenge and come forward to make great films for our audiences.” He concluded by praying that Brahmastra “truly comes out as the Brahmastra of Indian cinema”.

Jr NTR sums it up best!

“Many people are saying Globally we are under tremendous pressure. But Pressure is Good. I’m not putting anybody down. Let’s accept the challenge and make Good & Great Films” pic.twitter.com/BxR8WCcEGg

At the event, filmmaker Karan Johar also talked about the need to let go of titles like ‘Bollywood’ and ‘Tollywood’, and endorsed the use of the term ‘Indian cinema’. He said, “We, in our own tiny way, are trying to reach every corner (of the country with our film). Like SS Rajamouli sir said, this is Indian cinema. Let’s not call it anything else.” He continued, “We keep giving it a wood… Bollywood, Tollywood. We are not in the woods anymore, we are out of them. We are proudly part of Indian cinema. Each and every film will be now from Indian cinema.”

Before signing off, he touched the feet of Nagarjuna and expressed his gratitude towards him for giving Brahmastra his “time and passion.” He continued, “When I talk about large heart, I speak of none other than Nag sir (Nagarjuna).” He also shared how Nagarjuna was the “favourite person” on the sets of Brahmastra. “My father was a dear friend of Nag sir, and I feel that legacy of love continues.”

Brahmastra, helmed by Ayan Mukerji, will release in the theaters on September 9 in Hindi, Tamil, Telugu, Kannada and Malayalam.