The announcement came at a news conference in which Garland and other top Justice Department officials touted actions against Russia, including the disruption of a so-called botnet, or network of hacked computers, controlled by the Russian government.

Garland — who highlighted some of the horrific images coming out of Ukraine, and noted the United States was assisting international efforts to investigate possible war crimes amid Russia’s invasion there — said the moves were meant to send an unmistakable message to the Kremlin and its affiliates.

“We have seen the dead bodies of civilians, some with bound hands, scattered in the streets. We have seen the mass graves,” said Garland, vowing to pursue those who illegally profit from Russia’s corruption and violence.

Deputy Attorney General Lisa Monaco said the indictment against Konstantin Malofeyev marked the first time the Justice Department had criminally charged a Russian oligarch since Russia invaded Ukraine. She warned there would be more to come.

On Monday, U.S. authorities seized a 255-foot, $90 million yacht in Spain owned by Russian billionaire Viktor Vekselberg, who was hit with sanctions in 2018.

Garland said the Treasury Department had previously identified Malofeyev as “one of the main sources of financing for Russians promoting separatism in Crimea,” a Ukrainian territory that Russia annexed in 2014, and alleged that Malofeyev had provided “material support” to the self-declared Donetsk People’s Republic, a separatist government.

After being added to a sanctions list in 2014, Garland said, Malofeyev tried to use co-conspirators to acquire the media outlets. He allegedly paid an American television producer, Jack Hanick, to assist with his business plans. The indictment says Malofeyev instructed Hanick to create and run a Greek television network and acquire a television network in Bulgaria. Hanick was charged a month ago in the alleged scheme.

According to the indictment, Hanick traveled to Greece and Bulgaria in 2015 and 2016 to work on Malofeyev’s media initiatives, during which time the Russian allegedly instructed Hanick to conceal Malofeyev’s role in the business ventures. Malofeyev also allegedly used Hanick to help him transfer a $10 million investment in a Texas bank.

Why are Donetsk and Luhansk in Ukraine’s Donbas region a flash point for Putin?

Garland said the United States had seized “millions of dollars” from an account at a U.S. financial institution that he said had been traced to Malofeyev’s sanctions violations.

Asked whether the Malofeyev charges, based on years-old conduct, suggested that the Justice Department should move more quickly on sanctions cases, Garland insisted prosecutors are “moving awfully fast” to hold Russian oligarchs to account.

Separately, the attorney general said the Justice Department had disrupted a global botnet by the Russian military intelligence agency known as the GRU.

FBI Director Christopher A. Wray said the botnet encompassed thousands of devices, but the United States stopped it “before it could do any harm” — signaling a more aggressive approach to dealing with sophisticated hacking schemes such as those launched by the Russian government. U.S. officials noted that the Russian government had utilized similar infrastructure to attack Ukrainian targets.

“We are not going to wait for our investigations to end to act,” Wray said. In this case, he said, law enforcement removed the malware from devices used by small businesses, then made it so Russia could not get back in.

In another warning to the Kremlin, Garland said the United States is supporting international efforts to investigate possible war crimes in Ukraine. He said the Justice Department is assisting in evidence collection at the request of a Ukrainian prosecutor, and officials had met with their counterparts in Paris and conferred with prosecutors elsewhere in Europe to discuss how best to gather information. 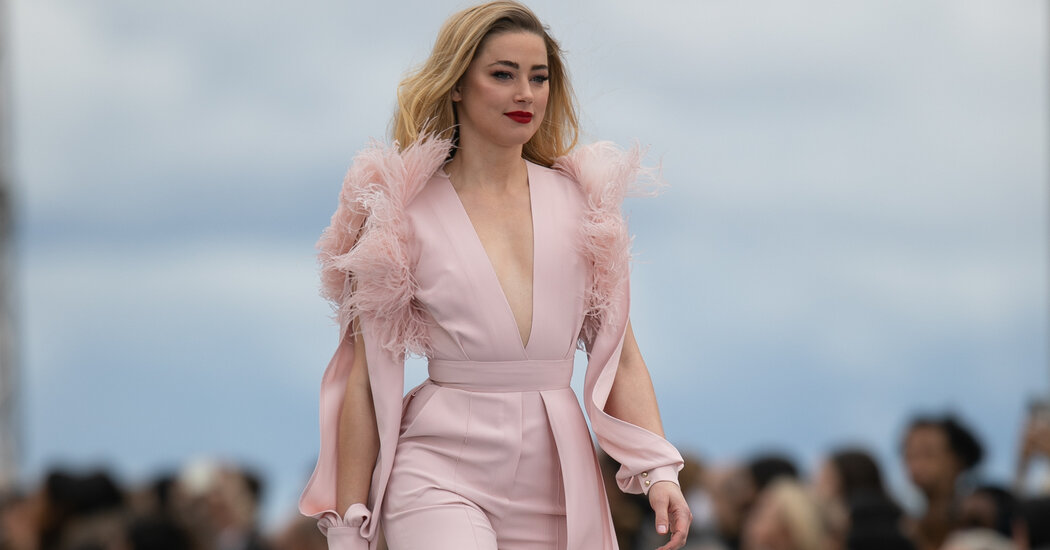 Previous Article For Prominent Women on Instagram, DMs Can Be a Cesspool of Misogyny Next Article Pentagon: Russia has fully withdrawn from Kyiv, Chernihiv

Judge Ketanji Brown Jackson would be the first black woman in history to serve on the Supreme Court. Source link

Talks on new UN climate report going down to the wire

The agreement aims to cap global warming at 1.5 degrees Celsius (2.7 Fahrenheit) this century. But with temperatures already more than 1.1C higher than the […]

A child is seen inside a bus arranged to evacuate local residents, in the rebel-controlled city of Donetsk, Ukraine February 18, 2022. Alexander Ermochenko | […]