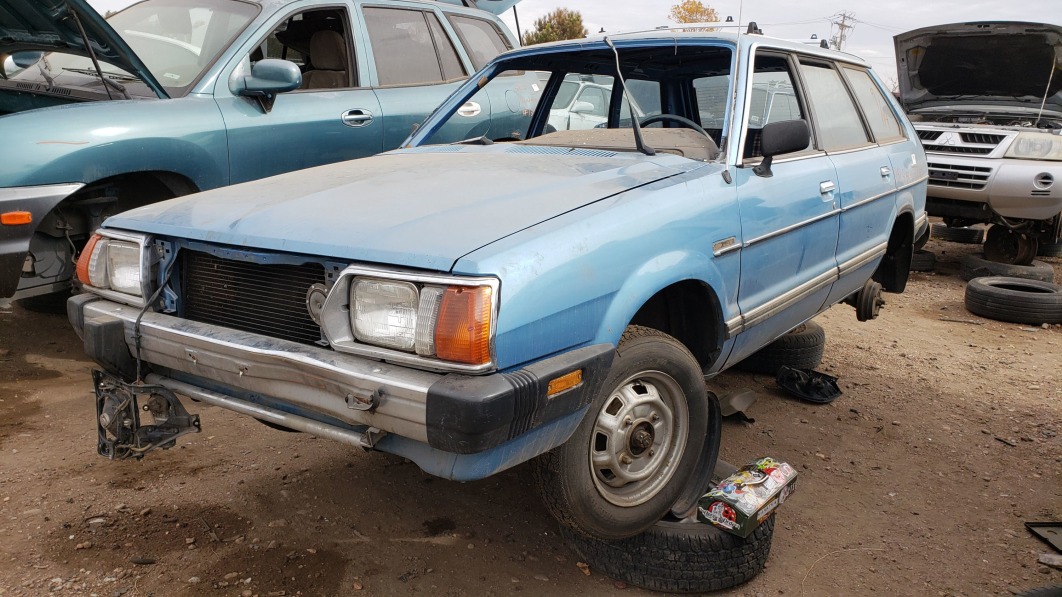 Subaru did pretty well selling the first-generation Leone in the United States (despite the popular characterization of it as too cramped for sex), and brought over the second-generation version starting in the 1980 model year. The wagon version of the second-gen Leone was available here through 1984, and it was available with front- or all-wheel-drive and in three trim levels: base, DL, and GL. Here’s an example of a heavily-optioned 4WD GL wagon, found in a car graveyard in northeastern Colorado.

Subaru called every version of the North American-market Leone (except for the BRAT pickup and perhaps the RX, if you consider its title a proper model name and not a trim level) simply “the Subaru” until 1990, when the later third-generation cars were given Loyale badges. This confused everybody, especially after the XT appeared here starting in the 1985 model year. 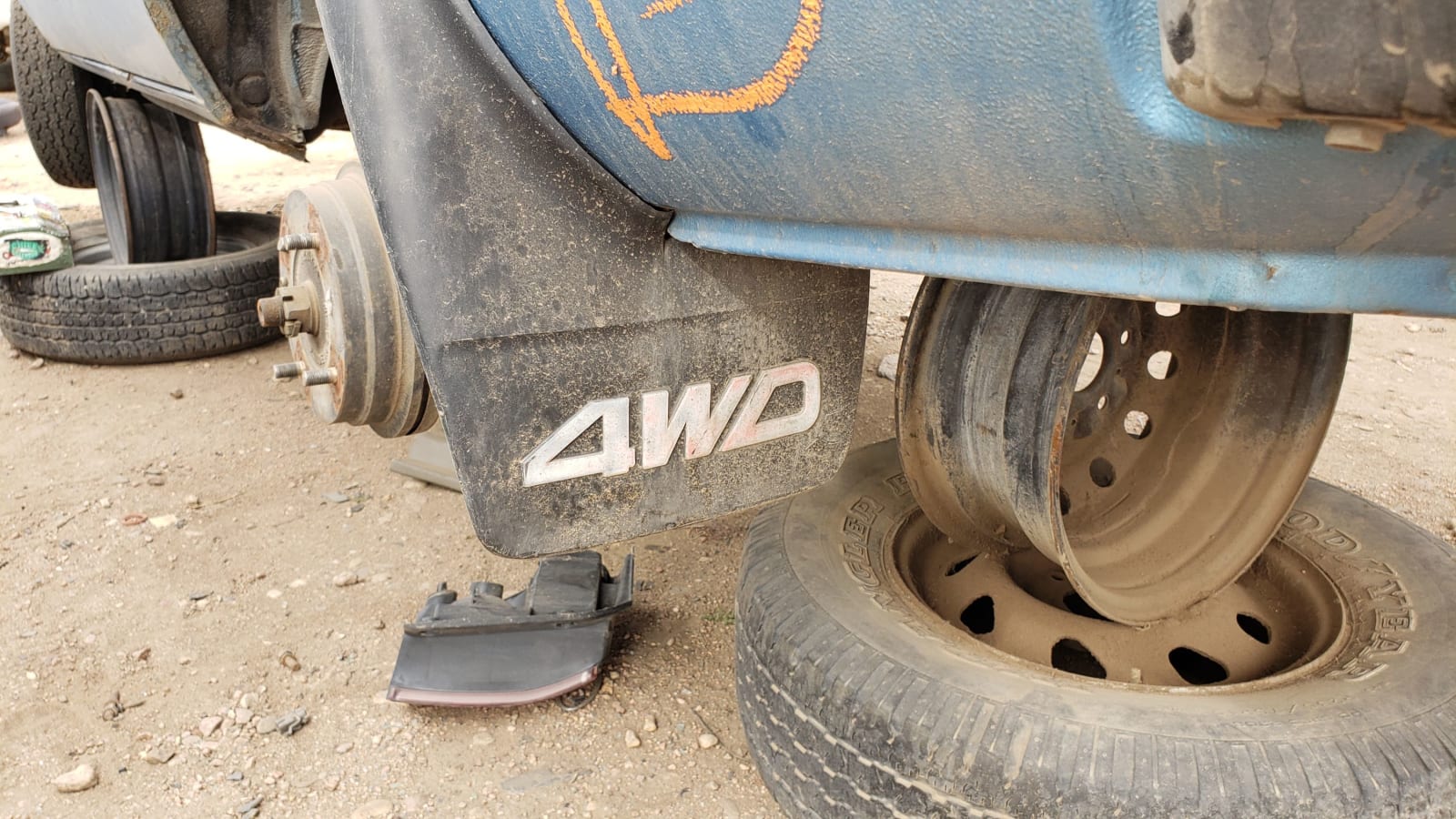 Subaru went to all-wheel-drive on every one of its North American-market vehicles for the 1996 model year, but the company had been known here for four-wheel-drive wagons since the first 4WD-equipped Leones showed up here in the 1975 model year. For 1981, the price of the front-wheel-drive GL wagon started at $6,545, with the four-wheel-drive GL priced at $6,795 (that’s about $22,290 and $23,140 in inflation-adjusted 2022 dollars). 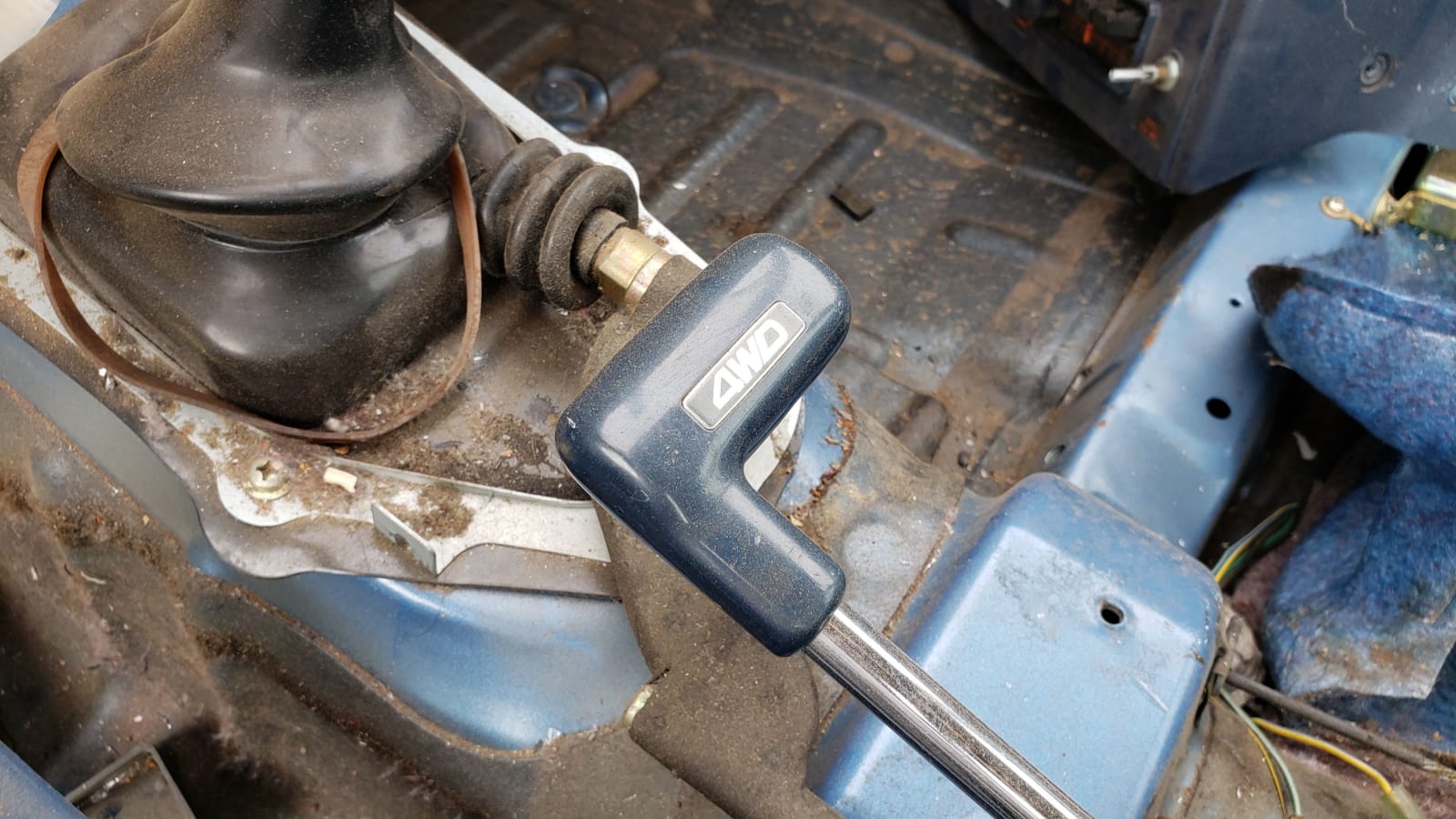 American Motors introduced the all-wheel-drive Eagle for 1980, with Audi bringing Americans Quattro-equipped cars the following year, so Subaru finally had real competition in the “non-truck with power to all four corners” category when this car was new. Subaru didn’t introduce the idiot-proof system that we’d now call all-wheel-drive until later in the 1980s, so this car has an old-school four-wheel-drive system that required the driver to pull a lever to switch modes. That meant that you’d kill the tires (or worse) if you drove for long periods on dry pavement with four-wheel-drive engaged. 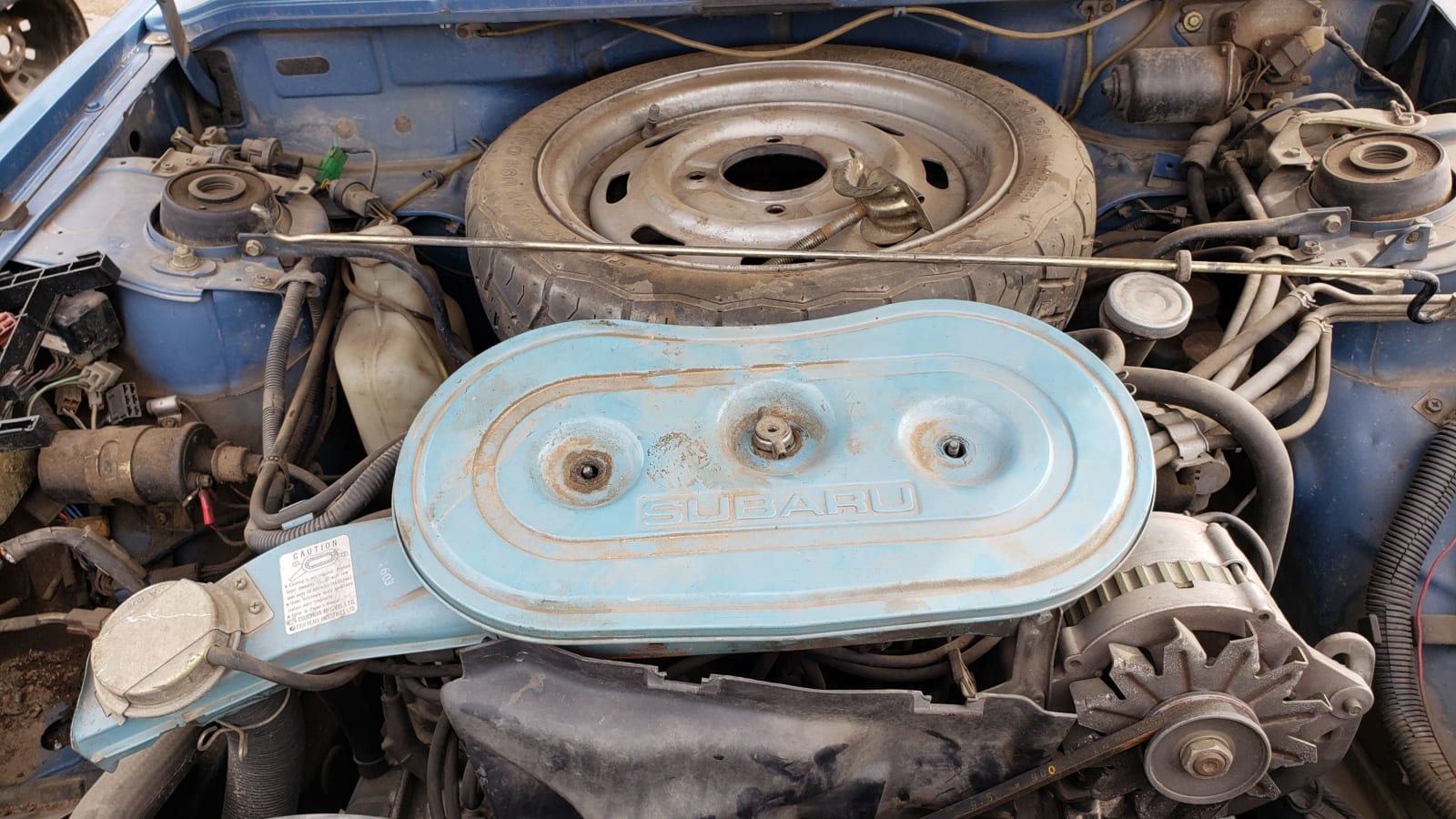 The low, flat layout of Subaru’s boxer-four engine enabled this spare-tire placement under the hood. This is the optional 1.8-liter EA81 engine, rated at a mighty 72 horsepower (the base 1.6 had 67 horses). 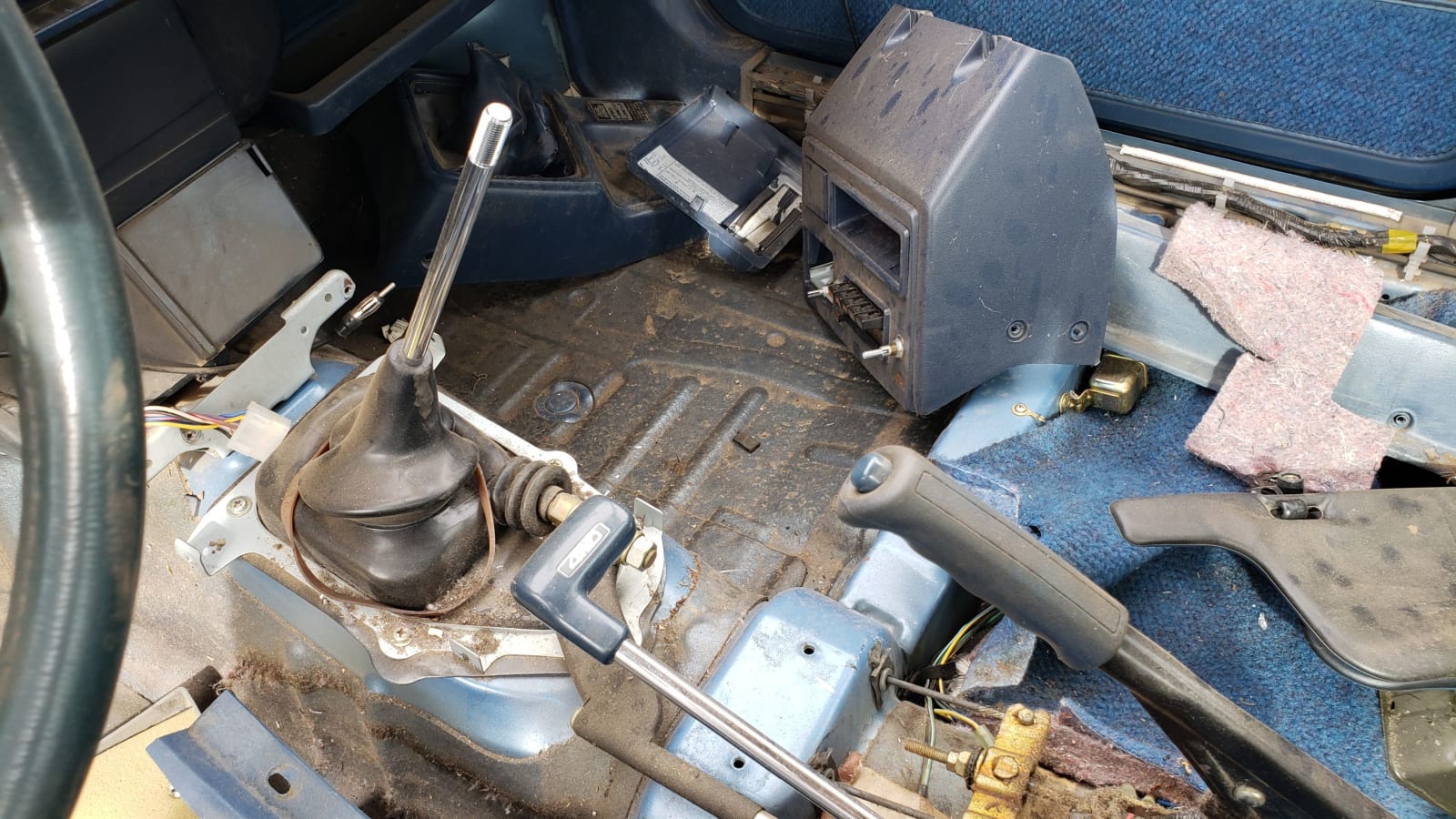 Buyers of 1981 GL wagons got a five-speed manual transmission as standard equipment… unless they wanted the four-wheel-drive version. In that case, they got a good old four-on-the-floor manual. You could get a new Subaru with an automatic during this period, but those cars were rare. 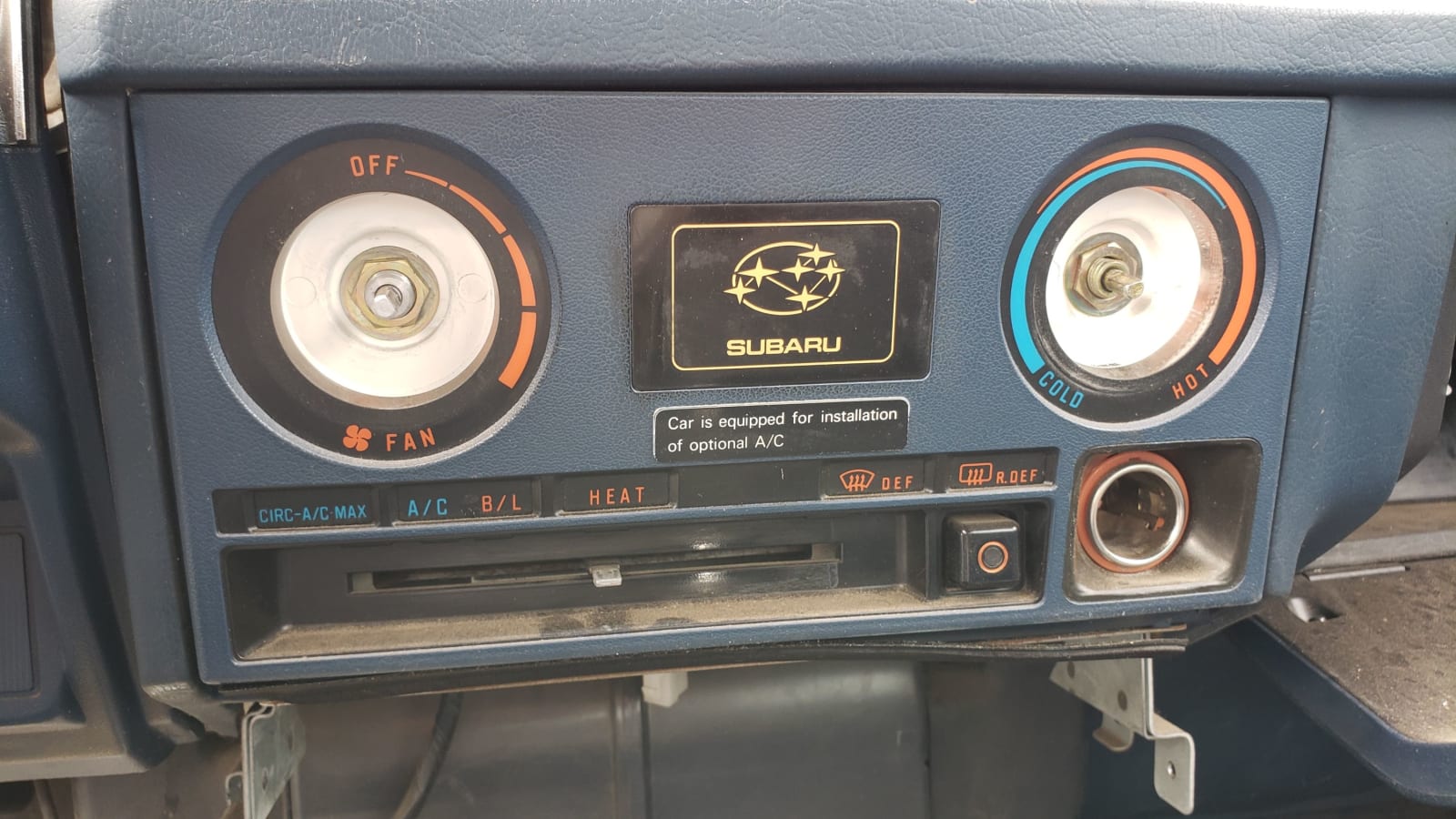 Would you believe air conditioning on such a frugal little car? Yes! However, Subaru wouldn’t install the A/C in Japan; instead, buyers had to get the dealers to install the system on this side of the Pacific. 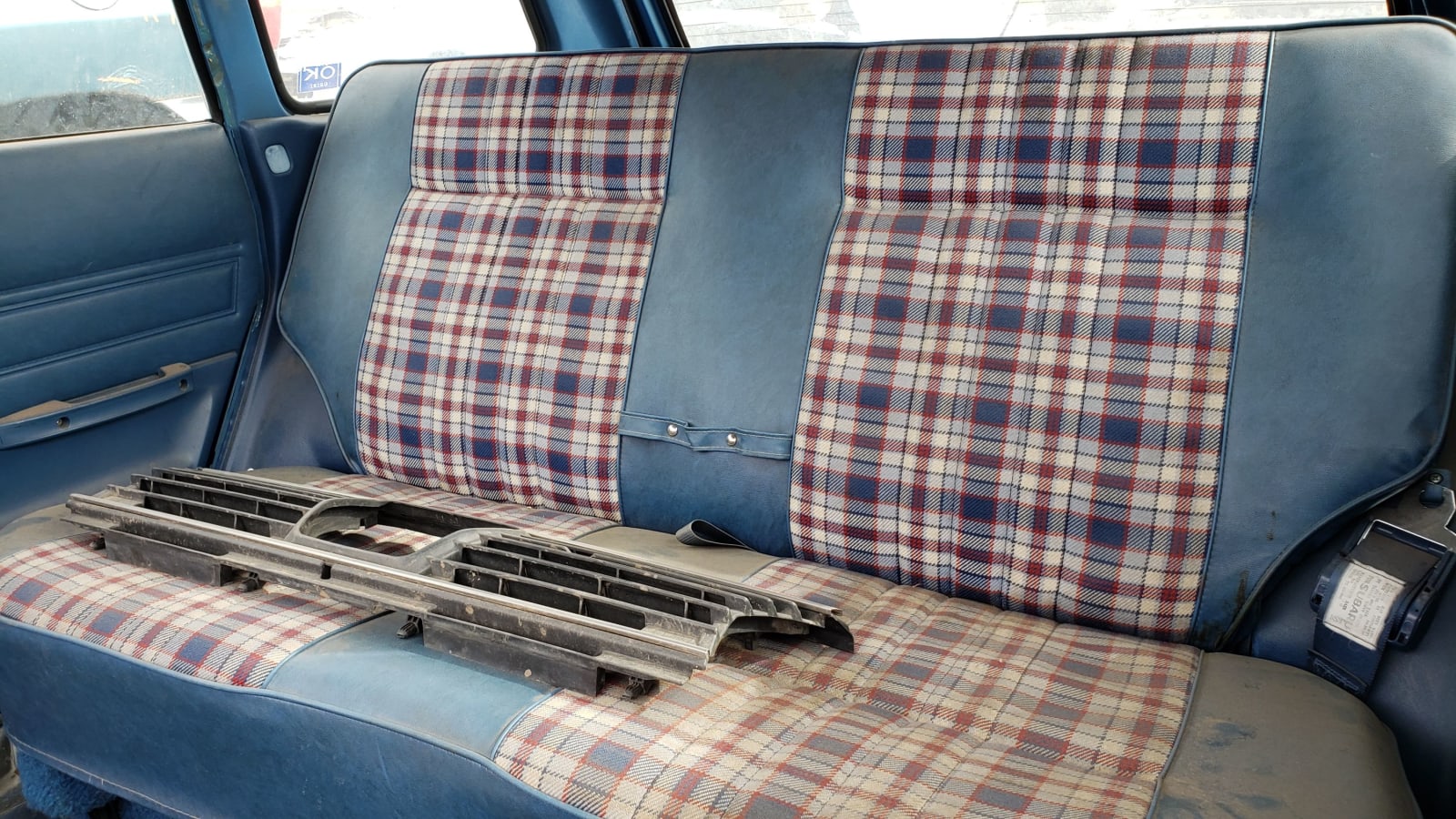 The lower trim levels of Malaise Era Subarus had generic monochrome interiors, but the snazzy ’81 GL got this vinyl-with-plaid-cloth upholstery. Even staid Toyota caught Plaid Fever with the slightly later Tercel 4WD wagons. 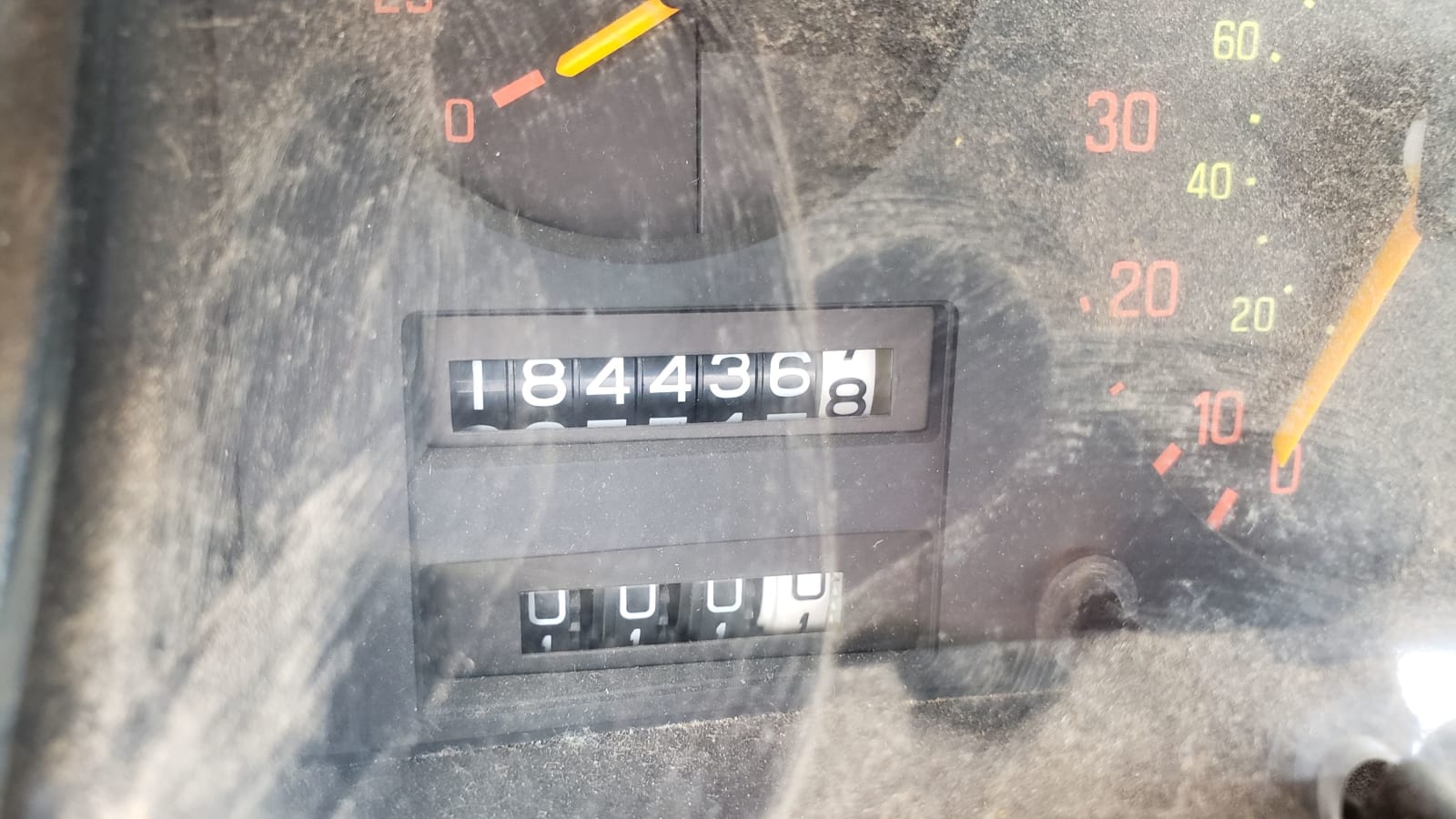 It didn’t reach the 200,000-mile mark during its life, but got close enough for respectability. 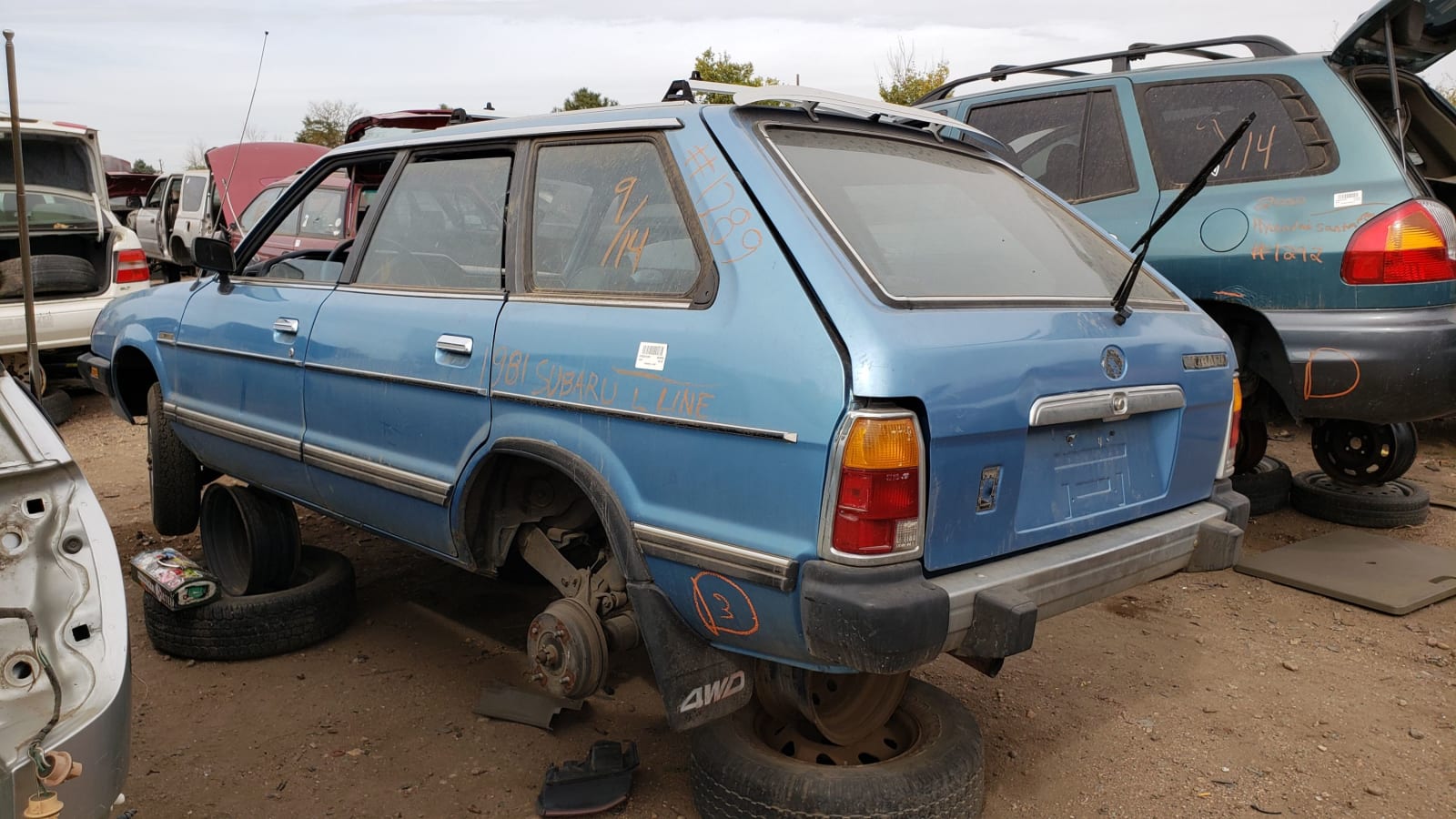 I didn’t see any meaningful rust (which is very unusual for a Japanese car of this era), but every Subaru fanatic in the Front Range region already has a dozen or more of these cars stockpiled, with no room for more. Can’t save ’em all!

Subaru has always had a tough time breaking the car-sales stranglehold on the Japanese home market held by the likes of Toyota and Nissan, but still did its best to pitch the second-generation Leone at home.

The Skiers Special! Be sure to admire the gigantic shoulder pads on those gaijin models.

They didn’t need helicopters to get the 4WD Subarus to the top of the mountain.