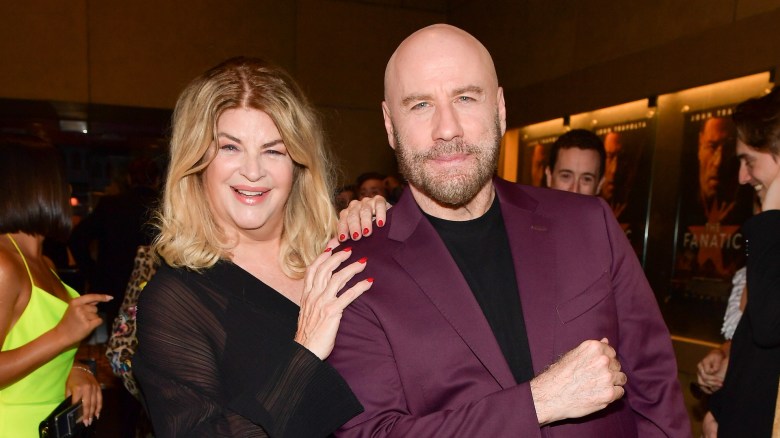 “I love you Kirstie. I know we will see each other again,” Alley’s “Look Who’s Talking” co-star said.

Kirstie Alley is being mourned by Hollywood and her co-stars such as Rhea Perlman and John Travolta, who called Alley “one of the most special relationships I’ve ever had.”

“I love you Kirstie. I know we will see each other again,” Alley’s “Look Who’s Talking” co-star wrote on his Instagram. He also shared a video to his Instagram Stories of the two dancing together in a ballroom dance number.

Perlman, who starred alongside Alley for years on the classic sitcom “Cheers,” said in a statement to IndieWire via a rep that Alley was “a unique and wonderful person and friend.”

“Her joy of being was boundless. We became friends almost instantly when she joined the cast of Cheers. She loved kids and my kids loved her too. We had sleepovers at her house, with treasure hunts that she created,” Perlman said. “She had massive Halloween and Easter parties, and invited the entire crew of the show, and their families. She wanted everyone to feel included. She loved her children deeply. I’ve never met anyone remotely like her. I feel so thankful to have known her. I’m going to miss her very, very much.”

Other co-stars and admirers such as Jamie Lee Curtis, Adam Corolla, Travis Tritt, Yvette Nicole Brown and more also paid tribute to the “Cheers” star and comedy icon. Curtis, who starred opposite Alley on “Scream Queens,” called Alley a “great comic foil” and a “beautiful mama bear” in real life.

“She helped me buy onesies for my family that year for Christmas. We agreed to disagree about some things but had a mutual respect and connection. Sad news,” Curtis said.

Ever Carradine, who wrote on Twitter that her career jumpstarted after starring on Alley’s ’90s sitcom “Veronica’s Closet,” recalled Alley’s moral support on set and even a unique wrap gift that Alley gave to the cast.

“I’ve not spoke w/ her forever, but have her to thank for launching my career. She told me I was funny every single day on ‘Veronica’s Closet,’ and I believed her. She threw the best parties and gave the parakeets as our wrap gift. Godspeed,” Carradine wrote.

Alley died Monday following a battle with cancer at the age of 71. Her passing was announced via her official social media channels by her family, which was by her side when she passed. The two-time Emmy winner rose to fame on the NBC sitcom “Cheers” beginning in 1987, and she found success in film and TV in the “Look Who’s Talking” movies, “Star Trek II: The Wrath of Khan,” and in Woody Allen’s “Deconstructing Harry.”

See some more Hollywood reactions to Alley’s death below:

I felt lucky to know you @kirstiealley. Rest in peace, my friend. 💔 pic.twitter.com/2kNk7YUdM3

Shocked and saddened by the news of Kirstie Alley. https://t.co/7usp1x43R4

Kirstie Alley is a wonderful actor who was always kind to me; even when she went full-Trump she never unfollowed me here & she always stayed friendly.

She should’ve gotten an Oscar nomination for 1 hilarious scene as an enraged therapist in Woody Allen’s “Deconstructing Harry.” pic.twitter.com/2XH2XDqfgd

Wow. This is shocking news. @kirstiealley Dead at 71 After Private Battle with Cancer https://t.co/GCs1sveflM via @TMZ

So very sad. Kirstie Alley R.I.P. My condolences to her family. https://t.co/Mrbzm5CYvo

I just head the news about #KirstieAlley. I’ve not spoke w/ her forever, but have her to thank for launching my career. She told me I was funny every single day on Veronica’s Closet, and I believed her. She threw the best parties and gave the parakeets as our wrap gift. Godspeed.

9-1-1: Lone Star Cliffhanger Leaves Carlos With A ‘Full Loss Of Management,’ And Extra Than The Tarlos Wedding ceremony Is In Hazard