“It’s terrible. We’re just going to play through it until the season’s over” – Atlanta Braves star Ronald Acuña Jr. plans on powering through pain after aggravating injured knee 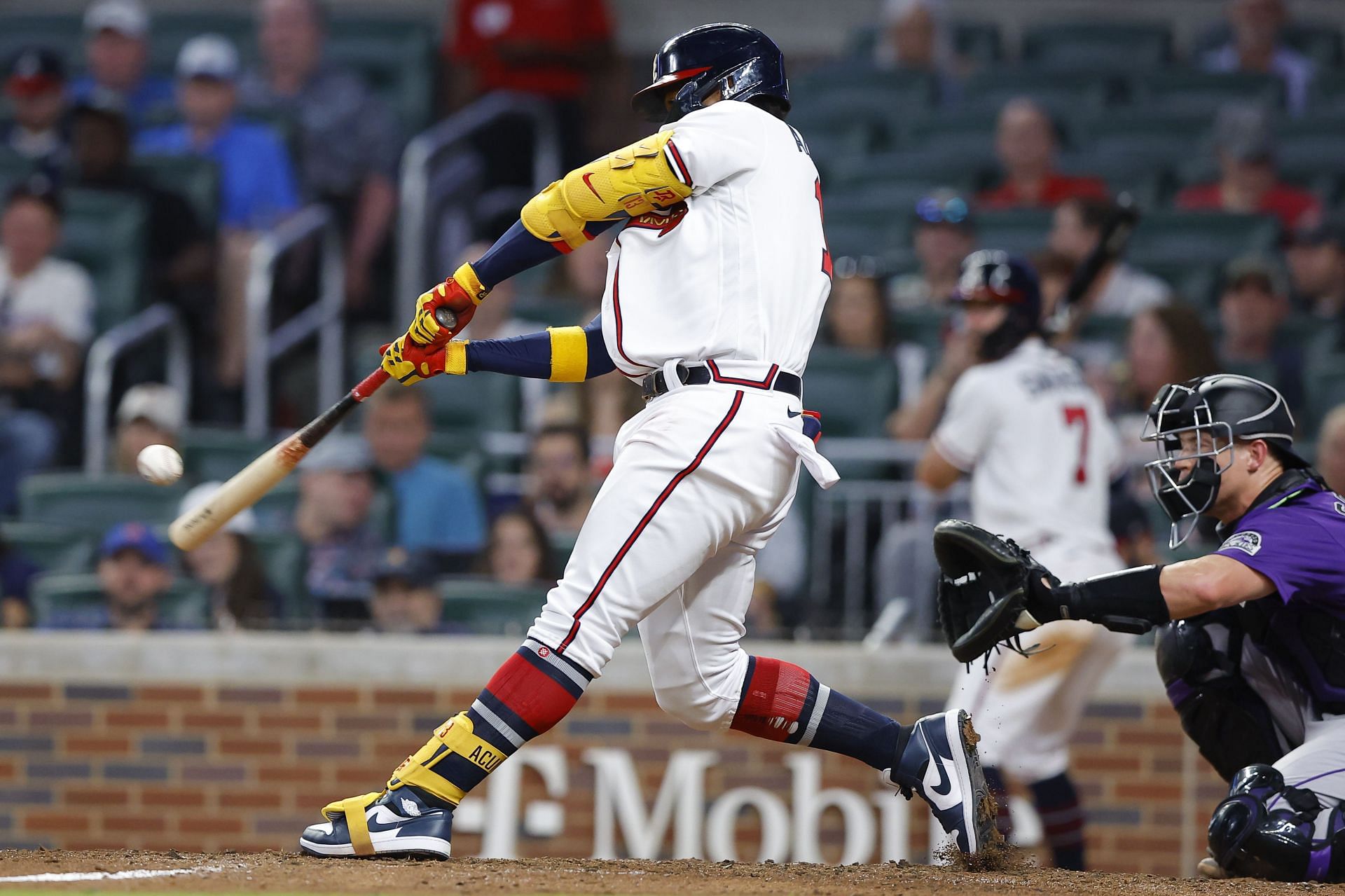 Ronald Acuña Jr.’s return to action on Wednesday night yielded a gigantic homer and an Atlanta Braves win. It would have been a perfect night, if only Acuña Jr. didn’t end up aggravating his injured knee.

The Braves right fielder missed the club’s last three games due to soreness in his right knee.

Acuña Jr. returned to the lineup yesterday to face the Colorado Rockies in the second game of the Braves’ three-match set. He went 1-for-4 and smashed a massive home run that traveled 444 ft. But in doing so, his knee condition worsened.

“It’s terrible. We’re just going to play through it until the season’s over” -Acuña

Ronald Acuña Jr. reportedly aggravated an already hurting left knee on this swing“It’s terrible. We’re just going to play through it until the season’s over” -Acuña(via @DOBrienATL) https://t.co/iO4zHcqgPc

However, the three-time All-Star plans on powering through the pain. Addressing reporters after the game, Ronald Acuña Jr. said:

“It’s terrible. We’re just going to play through it until the season’s over” – Ronald Acuña Jr.

His past injury record also adds to the concern. He suffered a season-ending ACL tear last year, missing out on the Braves’ historic World Series triumph. He also injured his foot in June while in action against the Los Angeles Dodgers.

Ronald Acuña Jr. situation is not uncharted territory for the Braves

Life without Ronald Acuña Jr. is something that the Braves are unfortunately used to. However, there is no denying that the two-time Silver Slugger makes the defending champions far more dangerous.

He won’t be requiring a stint on the IL for now, which is the only positive takeaway for the Braves in this situation. At least he is not out for the duration like last year.

Speaking of long-term injuries, Atlanta Braves fans have been eagerly anticipating the return of Ozzie Albies. The 25-year-old second baseman fractured his left foot back in June, but his return is now imminent.

Tomorrow, for the first time in five years, Ozzie Albies will suit up in Gwinnett.

Get your tickets to see the rehabbing All-Star here: bit.ly/3ebHl3T

Tomorrow, for the first time in five years, Ozzie Albies will suit up in Gwinnett.Get your tickets to see the rehabbing All-Star here: bit.ly/3ebHl3T https://t.co/1ZC1v6aUwI

His return will raise questions about rookie Vaughn Grissom’s role, who has surpassed every expectation since making his major league debut. Albies, once fully fit, could split time with Grissom between DH and second base.

Squad depth is important for any World Series challenge and the Braves, being the defending champions, will know it very well. They are looking to become the first team to win a back-to-back World Series title since the 90s three-peat-winning New York Yankees.

Tennessee vs. Vanderbilt prediction: Ride with the underdog

If You Could Only Build A Car Collection Around One Model, What Would It Be? | Carscoops

Tennessee vs. Vanderbilt prediction: Ride with the underdog