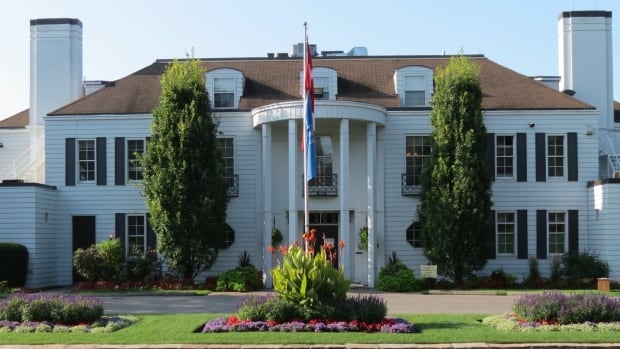 When Ontario Premier Doug Ford recently mused about potential reforms to the provincial health-care system, he referenced Shouldice Hospital as an example of the positive role privatization could play.

His praise of the world-renowned private hernia clinic, one of only a few Ontario hospitals allowed to operate for profit, also raised the question of whether it’s a model that could be replicated or would lead to the erosion of medicare and the creation of a two-tier system.

The hospital, in Thornhill, just north of Toronto, is on a 20-acre country estate, complete with gardens and walking paths — making it look more like a spa — 89 licensed beds and five surgical theatres. The menu includes entrées such as rainbow trout with hollandaise sauce, roasted potatoes and french beans or coconut curry chicken with Singapore noodles.

One former patient recently quipped on Facebook that he keeps checking for “another hernia so I can have another mini vacation.”

However, the hospital’s main claim to fame is the number of hernia surgeries it performs, about 7,000 a year.

That means, according to the hospital, its surgeons repair more hernias in a year than most others do over a lifetime.

“Our surgeons and surgical team are second to none,” John Hughes, managing director of Shouldice Hospital, said in an email to CBC News. “Since our surgeons only do hernia repairs … they are simply excellent at what they do — what you do more you get better at.”

Shouldice also claims that its model allows it to perform at a lower cost per case than public hospitals, and that wait times are a fraction of those in the public system.

The hospital also says its rate of infection, complications and recurrence is less than 0.5 per cent for primary inguinal hernia repairs, the lowest recorded in the world.

The surgeries themselves are covered by the Ontario Health Insurance Plan.

Outside of that “we charge for a semi-private room at a rate in line with the rest of [Toronto-area] hospitals,” Hughes said. “There is no extra billing for any other services — for example medical, food, medication.”

But because of the hospital’s policy that most patients must stay at least three days or more after surgery, those room expenses generate significant revenue, critics say.

“A lot of people who go there, go there because they have very good private insurance,” said Ontario MPP France Gélinas, the NDP’s health critic, in a statement.

The hospital was founded in 1945 by Dr. Edward Earle Shouldice, who performed hernia surgeries for servicemen during World War II, according to his grandson Daryl Urquhart.

“At the end of the war, there was this line up of people willing and wanting to get their hernia repaired. And there was a shortage of beds in the hospitals. And so my grandfather decided that the best way to handle this was to open a hospital,” said Urquhart, who is also a former co-owner and former director of business development for Shouldice.

Its first location was in downtown Toronto, but as it became more popular, it moved to Thornhill, to the estate of George McCullagh, a millionaire miner and newspaper publisher, who purchased the Globe newspaper and the Mail and Empire, merging them to create the Globe and Mail.

The estate’s main residence was converted into a hospital. In 1971, the province’s Private Hospitals Act was amended to ban any new private hospitals, but those already in operation were grandfathered in. There are only three private, for-profit hospitals left in Ontario, and one is Shouldice.

In 2006, it stirred up controversy for NDP leader Jack Layton, a critic of private health care, who was accused of hypocrisy after he admitted he’d been a patient there in the mid 1990s. (Layton said he wasn’t aware it was a private hospital.)

Urquhart says Shouldice’s model of specialization has produced an efficiency and a skill set unavailable anywhere else.

“You simply can’t achieve higher level efficiencies in a general factory that you can achieve in a focused factory,” he said.

Model can be replicated

He says the model could be replicated, but would require a focused initiative of specialized medical professionals.

“It has to be a concerted effort between professionals and administrative people and bureaucratic people. And that type of action typically happens in the private sector, not in the public sector,” he said.

But Dr. Hasan Sheikh, vice chair of Canadian Doctors For Medicare, said there are “wonderful examples” of not-for-profit surgical centres that do high volume operations for specific ailments.

“And without that profit motive, are able to provide extremely efficient and high-quality care,” he said, citing the Kensington Institute in Toronto, which specializes in eye surgery, as a “great example.”

“There’s a comfort in sending people to a place that does one thing and one thing only. And I think that, you know, there’s no reason why that has to happen in a for-profit delivery model.”

Sheikh also questions whether hernia patients really need to stay at Shouldice for a few days after an operation.

“One of the big concerns I have is the fact that for a hernia repair — which is a fairly simple operation and in most public hospitals is a day procedure — at Shouldice, those patients are staying for three nights.

“Keeping people for longer to do the same procedure doesn’t sound particularly innovative to me,” he said. “And I think that when you have this profit motive … it begs this question of if these decisions are being made based on what’s best for patients.”

Gélinas, the NDP health critic, says thousands of hernia operations are done in hospitals across the province by hundreds of general surgeons.

Gélinas also says that, with only a limited supply of general surgeons in the system, the more who go to private clinics means fewer “are available for the rest of us.”

“Private for-profit clinics will cost us all dearly,” she said. “It’s deeply worrying that Mr. Ford mentioned Shouldice as a model to look to.”

“You will get people who say ‘They don’t need to stay. Shouldice only needs to make money and so on.’ And that’s not true. If Shouldice sent home the patients the same day or the next day, they would just be putting through more patients through the system.”

“It makes no difference. The most important thing about the model has always been what is the best thing for the patient.”