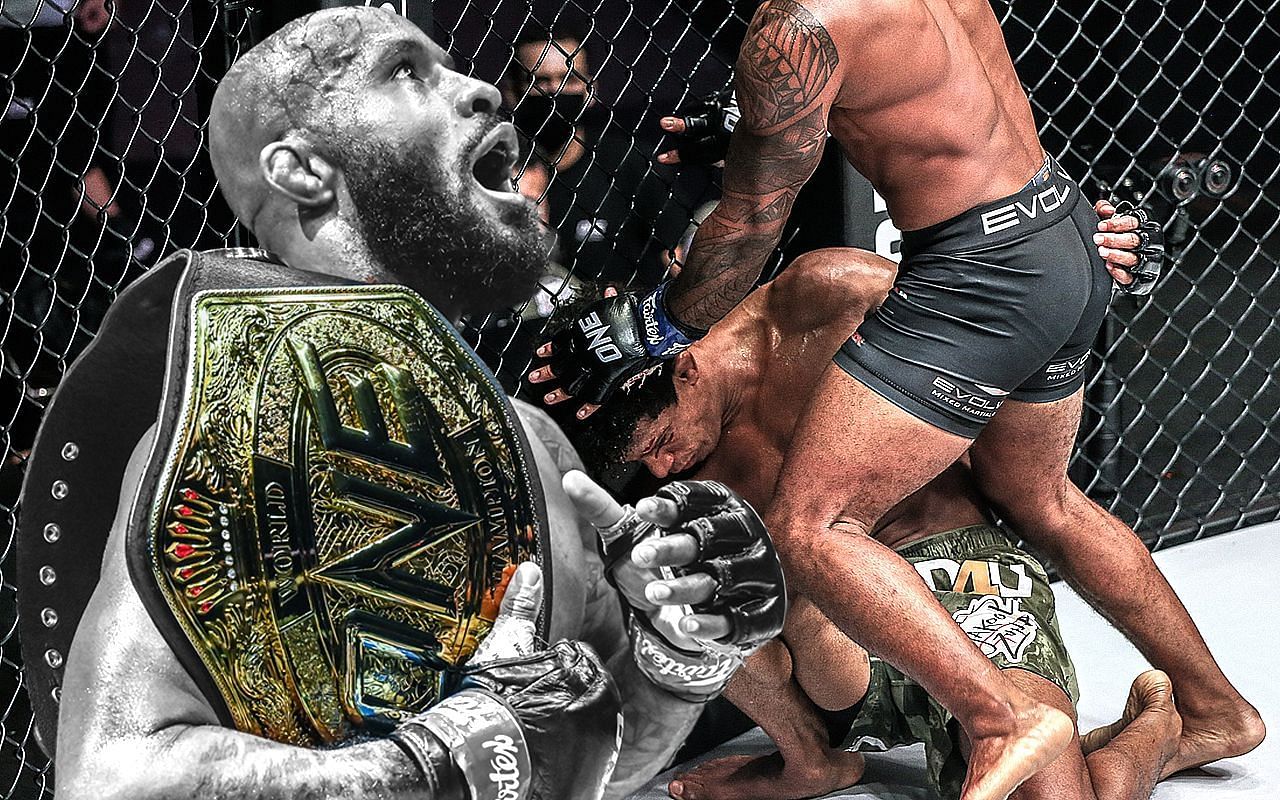 At ONE on TNT 1, Demetrious Johnson was on the receiving end of a vicious knee that knocked him out and ended his world title aspirations. 16 months later, at ONE on Prime Video 1, ‘Mighty Mouse’ landed his own knee on Adriano Moraes, knocking out the three-time flyweight world champion to capture ONE Championship gold.

It was an incredible fight-ending sequence and has most likely set the stage for a highly-anticipated trilogy bout between the two flyweight rivals. Following his world title win, Demetrious Johnson appeared on The MMA Hour with Ariel Helwani to discuss his victory.

Speaking about the fourth-round flying knee finish, ‘DJ’ said that it was not something that he had planned:

“It just honestly feels good that the fight played out the way it did. There were a couple of times where I would kick him and he’ll catch my back and I’ll go on my back like ‘God damn, of course he takes me down when I’m kicking him!’ or when I had him and I tried to knee him in the face and he picks me up and threw me down.”

It was a fitting end to a rematch more than a year in the making. With the two fighters now sitting with one win apiece against one another, talks of a potential trilogy bout are already making headlines.

‘Mighty Mouse’ believes that his Muay Thai style of combat allowed him to see the opening and deliver a brutal knee strike naturally.

“I’m glad there was like a little adversity in this fight and then to be able to go out there and land a knee and have a walk-off, it was picture perfect. But as far as me landing a knee and I received a knee, that was just a shot that I chose. It was just a shot that came naturally because as I was listening to the broadcast, people said that my style is Muay Thai-based.”

Continuing to talk about the finish, Demetrious Johnson said:

“I’m very Muay Thai-based with my knees and my kicks, which I was like ‘oh that’s kind of cool.’ I really didn’t think of my mixed martial arts style, how I have my hands and I come forward is Muay Thai based. That was kinda cool when I heard that.”