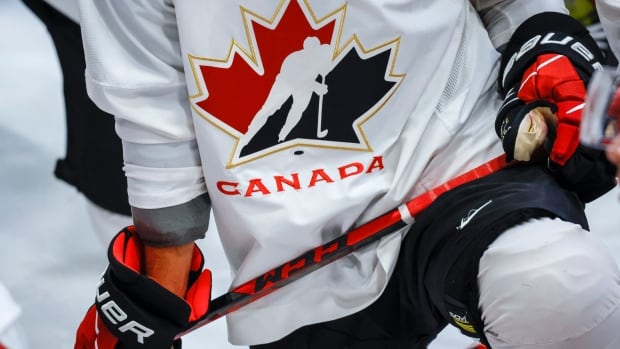 Warning: This story contains sexually graphic details that may be disturbing to readers

Hockey Canada is covering the cost of a third-party investigator hired to look into allegations that a group of men on the 2003 World Junior hockey team sexually assaulted a woman in Halifax during a tournament nearly two decades ago.

As part of Hockey Canada’s stated plan to address “toxic” behaviour on and off the ice, it created a new “independent third-party” system to respond to complaints of sexual violence.

That new system hired Ottawa-based lawyer and sport investigator Jennifer White to find out what happened in 2003.

“My mandate is to make factual findings in respect of the allegations and to determine whether there has been a violation of any applicable Hockey Canada policies,” White wrote in an email to CBC News.

White’s website says she specializes in police matters and is retained by organizations to make findings of fact about allegations of inappropriate behaviour.

Hockey Canada has been under intense public scrutiny since May over its handling of sexual assault allegations. The federal government froze the organization’s funding, major sponsors have paused their support and a parliamentary committee is holding public hearings on the matter.

TSN first reported on the video and spoke to two other sources who said they saw the footage.

Team Canada had been in Halifax in early January 2003 for the finals; it took home a silver medal. Almost all of the players on its star-studded roster went on to play in the NHL, and some have had long careers there.

Halifax police are also investigating. CBC News recently reported the Halifax police were given the names of at least two members of the team who allegedly were involved and who went on to play in the NHL.

Warning: This story contains sexually graphic details that may be disturbing to readers. Disturbing details have emerged about an alleged group sexual assault by some members of Canada’s 2003 World Juniors hockey team. A man who recently gave Halifax police the names of two players who may have been involved says he saw a recording nearly 20 years ago of the alleged incident.

White said her mandate includes finding out what Hockey Canada knew and what steps it took to respond. White is writing a report for the hockey organization’s independent third party (ITP), which retained her, she said.

Hockey Canada said that, in order to make the “process as independent as possible,” it maintains a retainer agreement only with the ITP, which is headed by trial lawyer and investigator Erin Durant and private-practice lawyer Brian Ward.

Durant and Ward act as a case managers and hire investigators to look into cases, said Hockey Canada.

Outside of this new system, Hockey Canada is paying directly for a separate investigation by well-known criminal defence firm Henein Hutchison into allegations of a separate group sexual assault in London, Ont., involving members of the 2018 World Junior team.

Hockey Canada’s public scandal erupted in May after it settled a $3.5-million lawsuit filed by a woman who alleged eight hockey players, including members of the 2018 World Junior team, sexually assaulted her. She alleged that, in 2018, the players intimidated her, told her to shower after the alleged sexual assault and instructed her to claim that she was sober while they filmed a consent video. Her allegations have not been proven in court.

Hockey Canada called Henein Hutchison for legal advice in 2018 after learning about the allegations and was advised to report the matter to police, according to the law firm, which testified before a parliamentary committee.

The hockey organization then retained that same law firm for $287,000 to investigate the alleged sexual assault and identify any policy issues, Hockey Canada told the parliamentary committee.

While Hockey Canada is insured against sexual assault claims, it maintained its own reserve fund — made up in part of hockey players’ registration fees — to pay out on allegations it didn’t want to run through its insurer.

Ottawa lawyer Paul Champ tweeted that this approach kept the allegations quiet and spared Hockey Canada the experience of the “insurance company investigating and taking over defence.” Hockey Canada’s executives have said the organization did what it thought was best for the woman involved.

WATCH | Hockey Canada has paid 21 settlements for sexual misconduct since 1989:

Hockey Canada has paid 21 settlements for sexual misconduct since 1989

Hockey Canada officials revealed the organization has paid out nearly $9 million in settlements since 1989 to 21 people alleging sexual misconduct.

In response, the federal government has set aside $16 million over three years to launch an Office of the Sport Integrity Commissioner to address abuse in sports. The office opened at the end of June with a mandate to independently oversee the complaint intake process, conduct preliminary investigations and maintain a database of sanctions.

The office currently has to turn away complaints involving Hockey Canada because the organization has not yet officially signed on with the integrity commissioner.

White is also on the list of investigators who can be hired to investigate cases by the sport integrity commissioner.

The commissioner is contracting out investigative work and currently has a temporary roster of 12 investigators. The office said it plans to expand that list and come up with a permanent roster later this month.