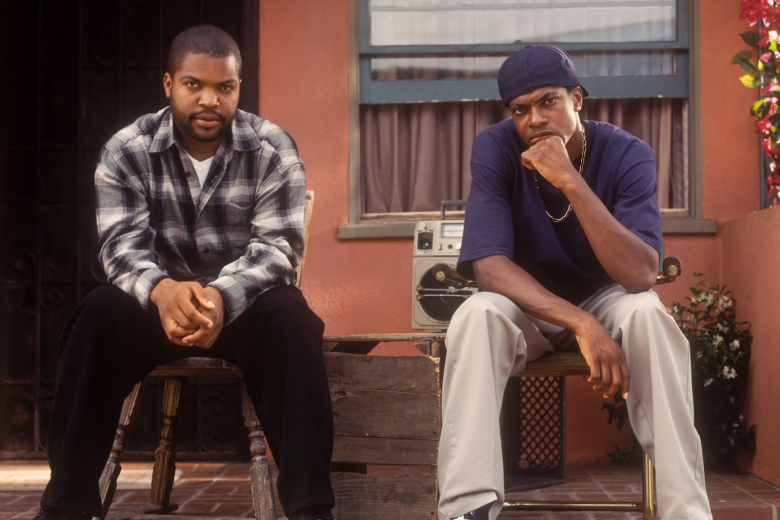 “We’ll keep trying to convince them that they need to let us control the movie,” the former N.W.A. rapper said.

Ice Cube is getting heated with Warner Bros.

The N.W.A. rapper turned filmmaker slammed the production company for stalling two “Friday” sequels. Ice Cube wrote and starred in the original 1995 film and penned follow-ups “Next Friday” (2000) and “Friday After Next” (2002). A fourth film, “Last Friday,” was confirmed in 2020; however, more franchise installments are now on the back burner, according to Ice Cube.

Ice Cube added of Warner Bros., “It’s my movie, but they have distribution control.”

Chris Tucker and Mike Epps also starred in the stoner buddy comedies opposite Ice Cube and late actors John Witherspoon and Tommy “Tiny” Lister Jr. Ice Cube also produced the films, but said he would not consider purchasing the rights from Warner Bros.

“I ain’t putting shit up for it. Fuck no,” Ice Cube said. “They need to give it to me, and they’re going make money. I’m not [going] to pay for my own stuff, that’s stupid. They need to do the right thing, get it to us, let us turn it into more money and make the fans happy, and people will have a good time with the series. We can do a lot with it.”

Ice Cube added that he wrote two scripts for additional “Friday” sequels, but Warner Bros. rejected the first script because “the timing wasn’t right” and the second script “was in development hell.”

The “It Was A Good Day” rapper recently said on the “Drink Champs” podcast that Warner Bros. had issues with plot points in both scripts.

“I had two scripts. I wrote one, it was the shit,” Ice Cube explained. “They were like, ‘Yo, we don’t want Craig and Day Day in jail.’ ‘Cause Craig and Day Day went to jail for selling weed before it was legal. I was like, ‘What you mean? This shit is funny.’ Then after they rejected it, they had all these fucking movies about going to jail.”

He continued, “The other script was about the youngsters in the hood having beef with the OGs in the hood and Craig has to come back and squash that because Smokey’s son is the new Deebo and he’s wilding.”

“We were ready to pay Chris Tucker $10-12m to do Next Friday but he turned us down for religious reasons,” Ice Cube tweeted at the time.

Similarly, Sylvester Stallone has come out swinging against “Rocky” producers over ownership of the franchise he created by writing, producing, and starring in.