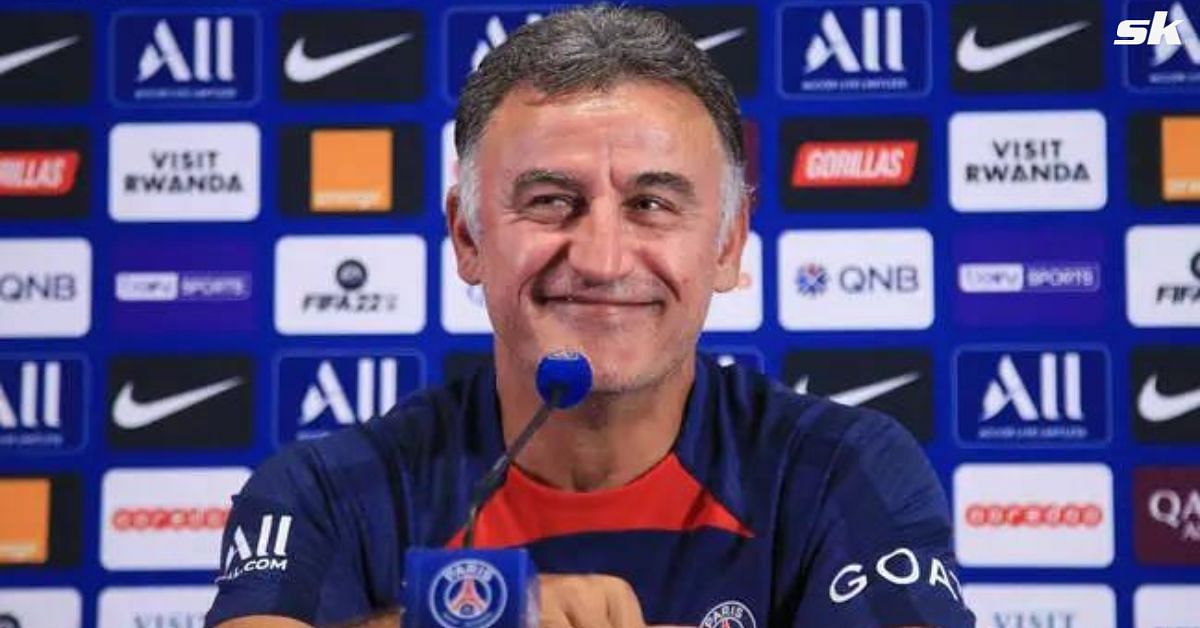 Paris Saint-Germain (PSG) head coach Christophe Galtier has claimed that midfielder Danilo Pereira is expected to help out the team in defence in the ongoing 2022-23 campaign.

Pereira, who initially joined the Parisians from Porto on loan in the summer of 2020, has been a vital squad member at the Parc des Princes for the past two seasons. Overall, he has registered seven goals and one assist in 83 matches across all competitions.

During PSG’s 3-0 away win against Toulouse on August 31, the Portuguese started as one of the three centre-backs alongside Marquinhos and Sergio Ramos in Galtier’s preferred 3-4-2-1 system.

Speaking at a pre-match press conference, Galtier shared his thoughts about Pereira’s recent performance. He said (via RMC Sport):

“I was fortunately surprised by his performance in central defence and he will be of great service to us.”

When asked whether he is contemplating switching to a four-man defence due to a lack of centre-backs, Galtier added:

“One of the important qualities of a coach is to adapt. It is preferable to start with an organization that you have been working on for two months, but it is possible. Maybe we will have to adapt because a player will be missing in some places. But as we speak, I have no desire to change our organization.”

PSG failed to lure their top defensive transfer target Milan Skriniar away from Inter Milan on the deadline day of the summer transfer window. Although the Ligue 1 champions’ bid of around €60 million was rejected, the club are expected to renew their interest in the Slovak centre-back in the winter transfer window, as per GOAL.

PSG, who are atop the Ligue 1 standings with 13 points from five games, will next lock horns with Nantes on Saturday (September 3).

PSG have had a blistering transfer window following Christophe Galtier’s new position in the dugout at the Parc des Princes.

The Parisians made seven major additions to their squad during the summer transfer window. The club signed Vitinha, Fabian Ruiz, Renato Sanches, Carlos Soler, Nuno Mendes, Nordi Mukiele and Hugo Ekitike for a combined sum of around €147 million.