“I hope that if something like that happens, the WTA will take care properly” – Iga Swiatek on Fiona Ferro’s sexual assault case 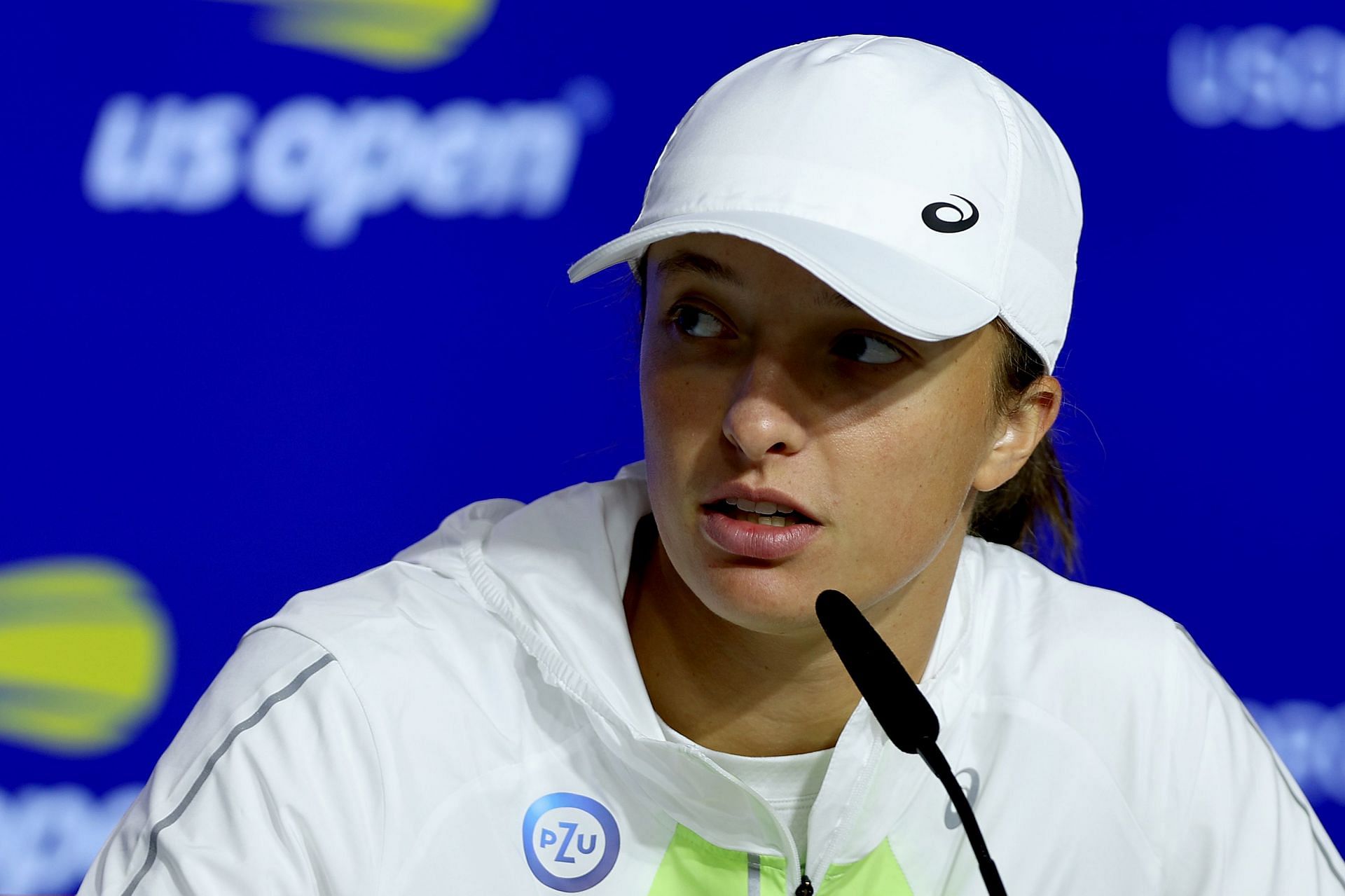 Iga Swiatek is the latest player to come forward in Fiona Ferro’s support. In a press conference following her third-round victory at the 2022 US Open on Saturday, Swiatek was asked to comment on the recent controversy regarding Ferro’s accusations of rape and sexual assault against former coach Pierre Bouteyre.

The World No. 1 stated that although she has never found herself in a similar situation, she was sorry that Ferro had to go through it. The Pole also hoped that if a player ever went through the same experience, the principal organizing body of women’s professional tennis, WTA, would look after the player.

“Honestly, I’ve never had a situation like that, so it’s hard for me to even think about how it must feel,” Swiatek said. “It’s not something that it’s always visible. I’m really sorry that it happened to Fiona. Honestly, my life experience isn’t so big that I can really say a lot about that. I wouldn’t know how it feels. I hope that if something like that happens, we’re going to kind of be safe and have trust in the WTA that they’re going to take care of this stuff properly. I’m sure they’re doing that.”

France’s Fiona Ferro has filed charges against her former coach Pierre Bouteyre for rape and sexual assaults that allegedly took place between 2012 and 2015 in Saint-Raphaël, according to information from Nice Matin.

BREAKING 🚨France’s Fiona Ferro has filed charges against her former coach Pierre Bouteyre for rape and sexual assaults that allegedly took place between 2012 and 2015 in Saint-Raphaël, according to information from Nice Matin.(via RMC Sport) https://t.co/cY1jMGDxRs

Fiona Ferro filed a complaint against former player Bouteyre in February, charging him with sexual assault and rape between 2012 and 2015, when she was a teenager. Bouteyre’s lawyer Virginie Pin stated that while the French coach admits to having had a relationship with Ferro, he denied the charges of rape.

“Bouteyre recognizes that the relationship occurred but denies any coercion. It was a love story according to him,” Pin said in a statement.

Ferro responded by sharing a message on social media, saying that she did not give her consent to the accused. The 25-year-old also hoped of getting justice in the case.

“I take note of Pierre Bouteyre’s position on my accusation of acts of rape and sexual assault by a person in authority. I confirm that I did not consent and that the rapes and sexual assaults were committed by moral constraint according to article 222-24 of the Penal Code,” Fiona Ferro said. “I place all my trust in the justice system of my country and confirm that I do not want to make any other declaration on the criminal investigation procedure.”

After her third-round win at the 2022 US Open, Victoria Azarenka spoke about the manipulation and exploitation of young players on the tour. In a post-match press conference, the Belarusian took Fiona Ferro’s case and said that such horrific incidents were common on the tour. She extended her support to the French player and hoped for her to come out of the situation stronger.

“It’s a very sensitive subject, because you won’t hear those stories unless players come out and tell those stories,” Azarenka said. “It happens right and left on the tour, which is unfortunate. Our job is to be better at safeguarding. As player council, it’s almost like the No. 1 subject to us because we see those vulnerable young ladies getting taken advantage of in different situations. I applaud Ferro for being brave. I hope that in this situation she’s gonna come out stronger and tennis is not ruined for her because of that.”

@vika7 has brought up safeguarding during her press conference today. The more players, current and retired, are willing to address abuse, the faster the workplace will become safer. Thank you Vika.

@vika7 has brought up safeguarding during her press conference today. The more players, current and retired, are willing to address abuse, the faster the workplace will become safer. Thank you Vika. https://t.co/5mIaOxrXHQ