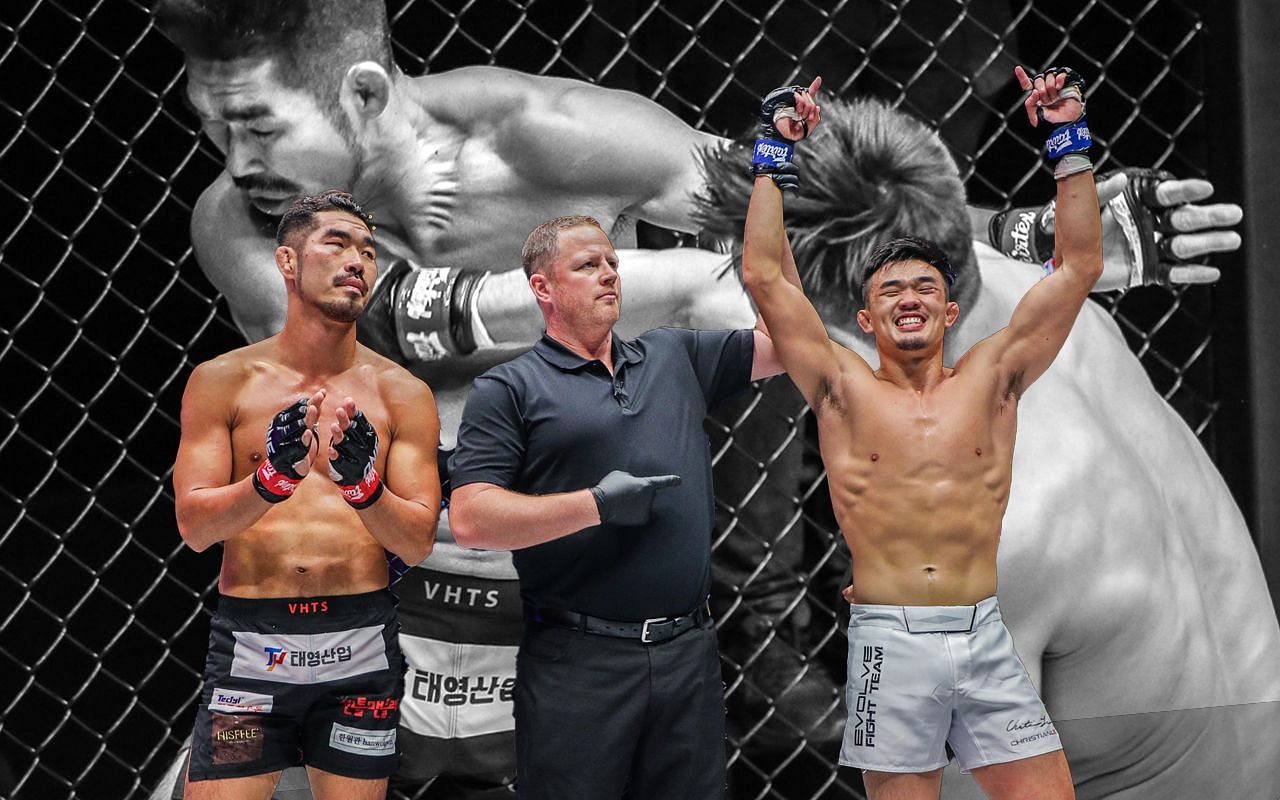 Revenge has never tasted sweeter when Christian Lee reclaimed his lightweight world title belt against Ok Rae Yoon on August 26 at ONE 160. Ending the fight with hardly a scratch on his face, the 24 year-old superstar is elated by his aggressive performance.

The pair first met last September in 2021, where Lee, the defending world champion at the time, surrendered his belt following a controversial decision-loss over the South Korean striker.

After months of waiting, the Singapore-American standout finally got his revenge as the legitimate ONE lightweight world champion. At the ONE 160 post-fight interview, Lee attributed his success to his game plan, of which he executed perfectly and said:

“I’m very pleased with the game plan that was put together. You know, I feel like Ok, Rae Yoon’s greatest strength is defending takedowns and getting his opponents tired. And so I didn’t take one shot tonight. I went in there, I took my time, and I walked him down. And I knew that the openings were going to be there for the striking.”

Christian Lee started with the pressure early, landing significant strikes in the first round forcing Ok Rae Yoon to stand guard against the cage. There was a quick exchange between the fighters but Lee was landing the shots.

After nearly knocking out Ok twice in the first round, Lee finished what he started with a massive over-hand before sealing the deal with powerful knees to the head in round 2.

Check out the full replay below:

Christian Lee’s first thoughts as the ONE lightweight world champion

Christian Lee’s journey to the mountaintop has been nothing short of inspiring. Following his loss to Ok Rae Yoon last year, nobody expected him to come back sharper and better than before, perhaps not even Ok Rae Yoon.

All of his success is a testament to his hard work and unwavering conviction that he’s the best lightweights in the world. Lee’s first few thoughts as the ONE lightweight world champion were:

“I’m just so happy to see my wife and my baby girl here with me in the cage. This was a lot of hard work, a lot of preparation that went into this fight, I couldn’t have done it without my team.”

No one could’ve been more deserving of recapturing a world title than Christian Lee that night. He put on an amazing performance and definitely leveled up in terms of overall skill and accomplishment.

Fans can’t wait to see what’s next in store for the 24 year-old superstar, whether it’s defending his world title or going down a weight class, the future’s looking bright for the young phenom.