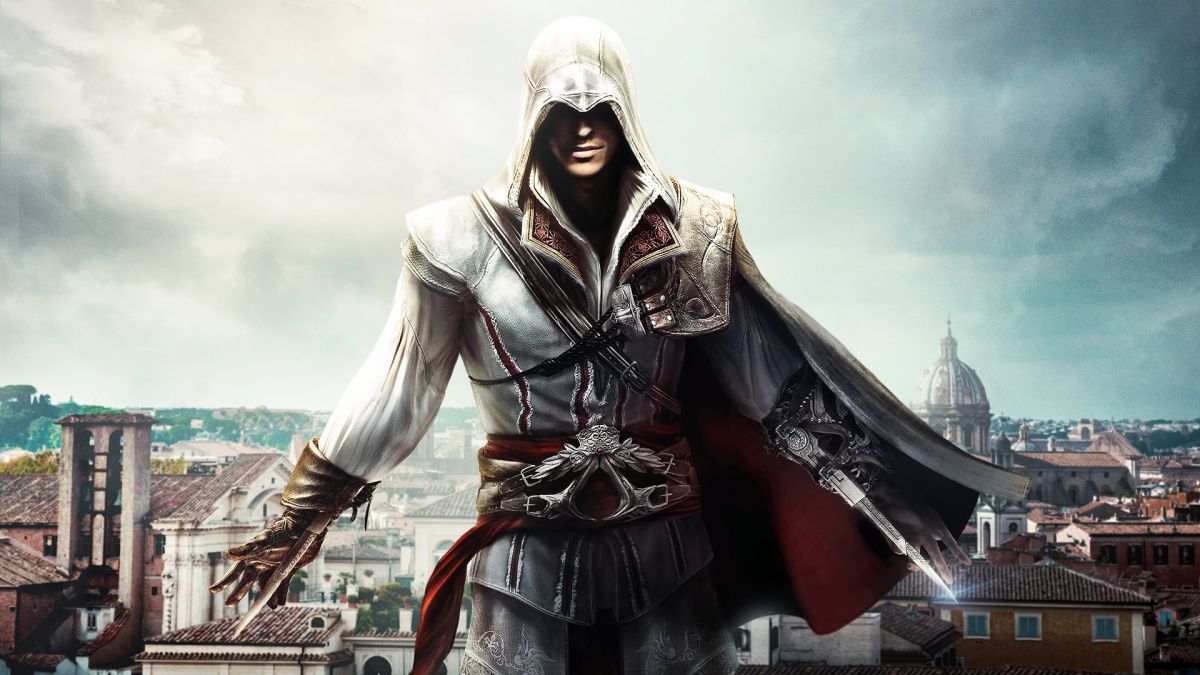 I credit the original Assassin’s Creed games as one of the series that really got me into gaming. I had dabbled in all sorts of titles previously but when I started taking gaming seriously, I turned to the preowned section of UK retailer GAME. It was here that I could buy quite a few titles with the little pocket money I was getting, and the AC series was readily available so I binged them all up to Assassin’s Creed 3 pretty quickly.

I loved these games. They had great stories, just enough collectables to keep me entertained and eventually even a multiplayer mode which I still mourn the loss of. But now, Assassin’s Creed isn’t really Assassin’s Creed, is it? Those with the knowledge of the series will understand what I mean, as the games underwent quite the transformation after Syndicate. The games up until then were stealth games with action elements. Syndicate tested out the brawling style of combat with Jacob Frye, while Evie’s style was more traditionally assassin-like, and then Ubisoft went off the deep end with combat systems. The next three games Origins, Odyssey, and Valhalla are almost indistinguishable from their stealthy cousins. Loud and angry, running into a fight screaming was basically encouraged.

There is a bit of a divide within fans (and even within PC Gamer) of which version of Assassin’s Creed is better and I’m firmly on the side of stealth. Origins, Odyssey, and Valhalla are all good games but to me they’re not really Assassin’s Creed games. And that means I feel like I haven’t had a proper AC experience in years. I miss being an assassin, and Ubisoft’s unfortunate leaks and subsequent reveal of Mirage (opens in new tab) is giving me so much hope that I can be a sneaky little shit once again.

Ubisoft has confirmed that the next Assassin’s Creed will be Mirage, a game set in Baghdad starring Basim Ibn Ishaq, a character we meet in AC Valhalla. It’s rumoured to have originally started as Valhalla DLC but obviously has been spun out into its own experience, with old AC flavourings. Just one official image has been released by Ubisoft but it’s already so much more reminiscent of the original games as Basim launches himself and his hidden blade at an unsuspecting group of guards.

Alongside the rumours of Mirage, before the confirmation of the new game from Ubisoft, came whispers of an Assassin’s Creed 1 remake. I’m harsh on that game now as it’s a slog but to give it credit, it was the blueprint for what the series became. I’ve been hoping for a remake and there is quite a lot of evidence to suggest it could arrive with Assassin’s Creed Infinite, Ubisoft’s big upcoming release which will probably act as a portal to all its AC experiences. And I cannot wait for Assassin’s Creed to be Assassin’s Creed again.

Pretending to be a religious man by slowly tailing a group of monks through heavily monitored areas. Hay stacks proving the best cover and the best place to hide a body. Slinking up to an enemy as if you’re just another person in the crowd before one flick of your wrist ends their life while they’re still standing up.

Being an assassin felt so incredibly powerful, elegant and almost effortless. If you ended up having to engage with a lot of combat, it wasn’t because the game was forcing it on you—you probably just messed up your sneaky plan. You keep your eyes out for options, opportunities, the cycles of NPCs leaving you a gap to get where you want, when you want.

Mirage, I hope, is a return to form. I don’t need the world to be huge and sprawling. I know people like PCG’s Lauren Aitken are far more into that version of the series, but I want compact nail biting adventures instead.

I am a big fan of running into a fight screaming, especially as Eivor, bashing anyone in my path with a hammer. I fell out of love with Assassin’s Creed after 3, with the pirate game being such a janky mess on my PS3 that I stopped playing any AC games completely. Odyssey lured me back in with Kassandra, but it still wasn’t clicking with me properly until Valhalla. I’ll be honest: all I wanted was a viking game and Valhalla delivers exactly that. And playing Valhalla made me realise that all the actual Assassin’s Creed lore—the modern day stuff, not the historical settings—was what I truly loathed about the series. Admittedly, I am not thrilled that we’ll be playing as Basim in the next game as he was a proper wee dick, but he’s one hell of an assassin. I have to echo Imogen’s words here and agree that, even roleplaying as a sexy viking lady, sneaking up and stabbing people in the neck with my hidden blade was almost as much fun as spartan kicking them off walls. Also, yeah: fuck using a bird to scope things out.