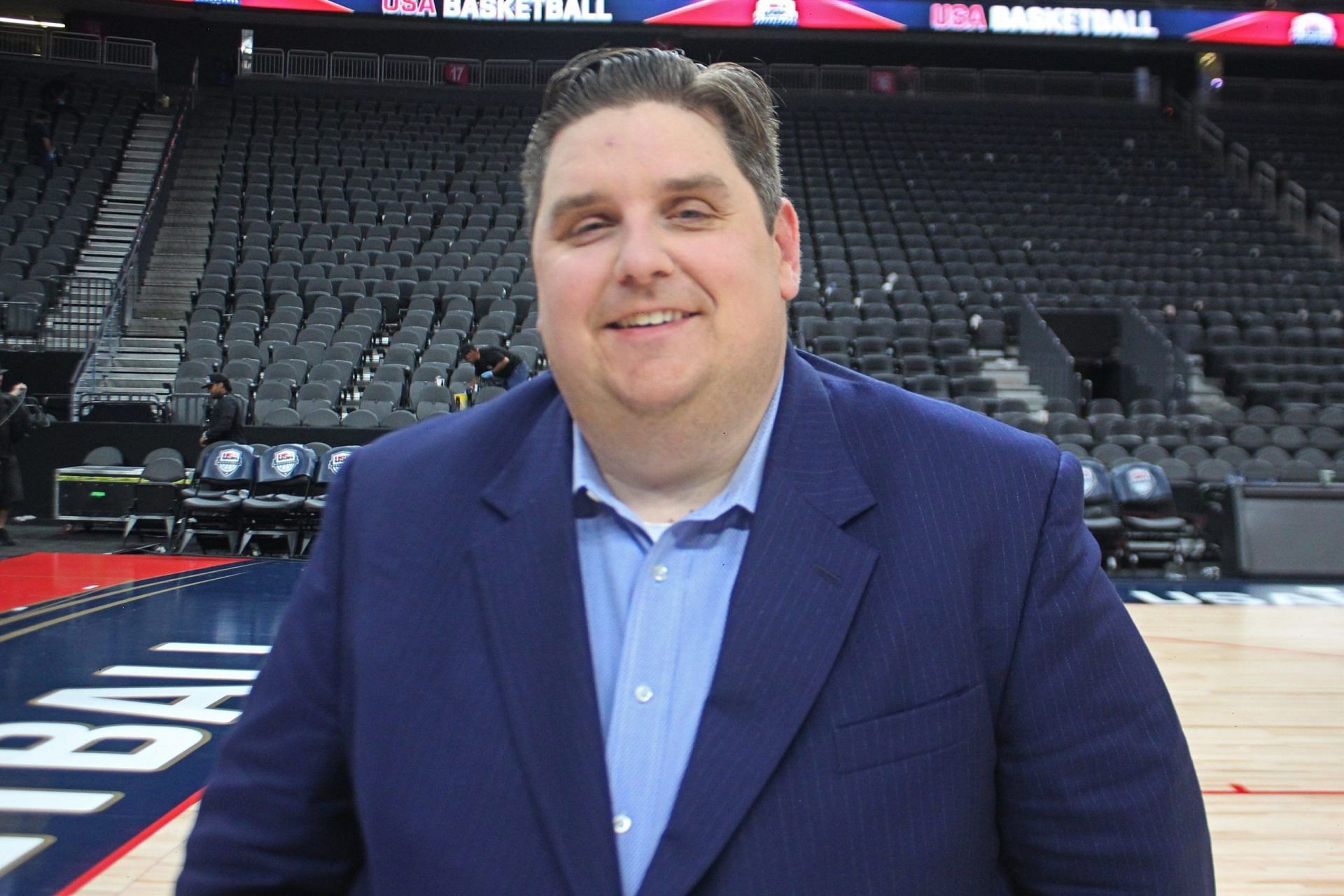 Jayson Tatum struggled in the 2022 NBA Finals, but ESPN’s Brian Windhorst believes he is an NBA Finals MVP-caliber player. The three-time All-Star did not produce at the level needed to lead the Boston Celtics to their 18th title.

The Celtics lost the series 4-2 to the Golden State Warriors despite holding a 2-1 lead. Tatum did not have a great outing in the closeout game, registering only 13 points and shooting 33.3%.

Nonetheless, the 24-year-old is still one of the league’s rising stars. He is expected to lead the charge next season as the Celtics make another run for the title.

While discussing who will be the best player in five years on “The Hoop Collective,” the debate initially centered around Giannis Antetokounmpo and Luka Doncic. But Windhorst then mentioned Tatum.

“You guys know that I’m a big believer in Jayson Tatum. I believe he is Finals MVP-caliber player. Could have been this year’s Finals MVP, he didn’t get it done, clearly, in the finals. He didn’t play his best. The Celtics didn’t play their best.

“Watching how Tatum reacts to that first major setback is – I mean, I’m not saying this is a make-or-break season for him at all, to be clear – but like, you know, we’re going to learn a lot about what Tatum’s ceiling is going to be and how he reacts to it this year.”

The Celtics are currently one of the favorites to win the 2023 title. To achieve that, Tatum will need to have an incredible season while enlisting support from Jaylen Brown and the new acquisition, Malcolm Brogdon.

The Celtics underwent a complete overhaul after trading Kevin Garnett and Paul Pierce for draft picks in 2013. Looking at how far the team went in the playoffs last year, you could say it was a beneficial outcome.

While no one knew what the future held for the Celtics, Windhorst said that the Celtics’ ticket to the NBA Finals is with Tatum.

In 2020, Windhorst spoke about Tatum’s impact.

“Are they gonna be in the finals? That comes down to Jayson Tatum. He is the biggest star on their team. He’s got the most potential.”

The Duke product has lived up to the hype with his performances. He led the Celtics to two incredible series victories.

The road to the NBA Finals was not an easy one, as Tatum had to go against superstars like Giannis Antetokounmpo, Kevin Durant, Kyrie Irving and Jimmy Butler. Regardless, he found a way to win and help Boston reach the finals for the first time since 2010.

The Phillies don’t know when to settle