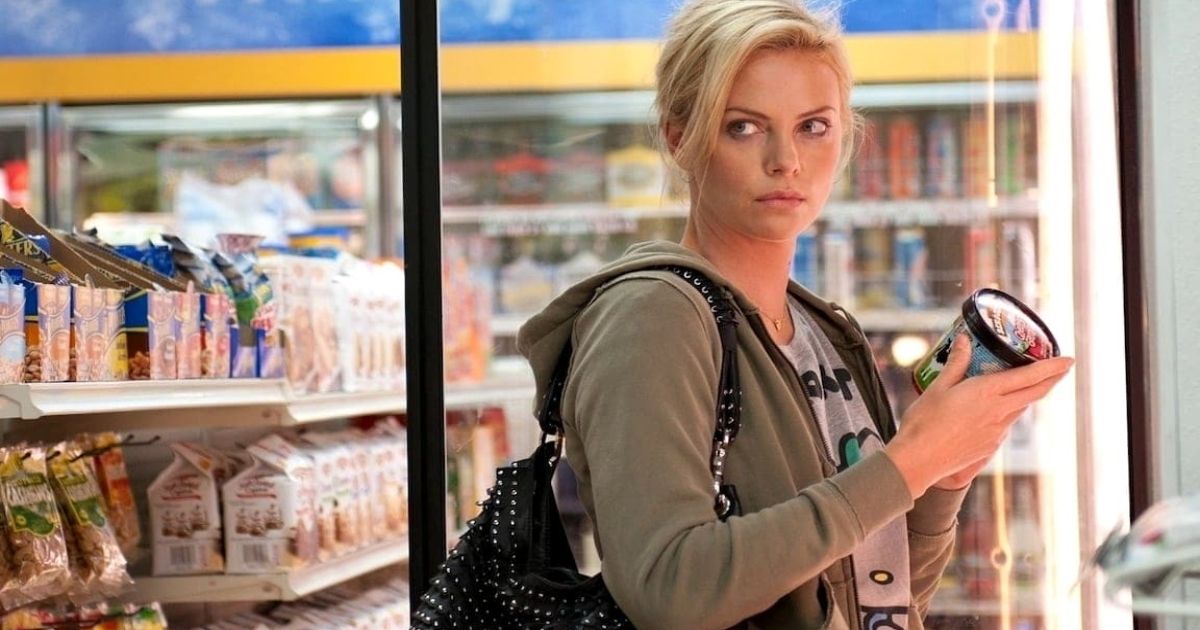 There are lots of great movies about adolescence and growing up, including many classic young adult book-to-movie adaptations that explore the transition from childishness to maturity. Generally, in these films, we expect to see teenagers gradually acting more like adults and not the other way around. If you’re wondering what the opposite would look like, screenwriter Diablo Cody has got you covered.

According to Film Journal International, Cody came up with the concept for Young Adult when interviewers kept inquiring about why she wrote almost exclusively young-adult films, including Juno in 2007. Cody considered her own experiences and thought it would make a great character, “a woman in her 30s who writes young-adult fiction and clings to deluded teenage fantasies in her real life.”

Diablo Cody quickly shared the script with her friend and the director of Juno, Jason Reitman, who showed immediate interest in directing. The film tells the story of a divorced, alcoholic, 37-year-old YA author named Mavis Gary and functions as a reverse rom-com, similar to the not-so-ordinary Do Revenge. Mavis is effectively portrayed by Charlize Theron, known for her roles in Arrested Development and Mad Max: Fury Road. Theron channels the perfect attitude for this character, who impulsively decides to return to her hometown to ruin her high school boyfriend’s marriage. Here’s how Young Adult with Charlize Theron perfectly captures the refusal to mature.

Mavis Lives in the Fictional World of Her YA Characters

One characteristic of adolescence is constant daydreaming, fixation with drama, and social hierarchy, all of which are explored in Mavis Gary’s novels. Although Mavis seemingly leads a “mature” life in her Minneapolis apartment and maintains her writing career, her habits are painfully immature. She spends her days drinking diet coke and watching the most recent installments of the Kardashians until she decides to return to her hometown, Mercury, where she felt she was worshipped, and dismantle her ex-boyfriend’s life. Mavis exists partly in the universe she writes about that feeds off of drama and revenge, which is a very teenage attitude.

According to a Collider interview with Charlize Theron, the actress found Mavis “fascinating” and liked the idea of “a woman dealing with very common mid to late thirties issues that women can really relate to, but because of how she wants her life, deals with them the way a sixteen-year-old would deal with them.” This film takes the of concept someone who is supposedly established and mature and flips it on its head. Instead of the “successful” character being mature and enlightened, it is actually the people with simple lives in Mavis’ hometown who know how to navigate life.

Everyone Tells Mavis to “Grow Up”

You would think that when multiple people suggest that you’re being immature, you would take a hint. Not narcissists, and not Mavis. After Mavis successfully schedules a meet-up with her ex-boyfriend Buddy, who is married with a baby on the way, she resorts to hanging out in her hometown bar. There, she starts talking to Matt, an old classmate played by Patton Oswalt. Matt is disabled because of an attack when he was in high school when a group of jocks beat him up because they thought he was gay.

Related: The Best Rom Com Actresses of All Time, Ranked

Although Matt wasn’t popular in high school, and he never left their hometown, he has a better sense of the world and is the first person to tell Mavis that she needs to grow up. He tells her that her scheme with Buddy is ridiculous, selfish, and a waste of time. Of course, Mavis ignores this advice and declares her love for Buddy anyway. Finally, she’s left rejected and pitied by much of the community for her delusions.

In the End, Mavis Doesn’t Change

Mavis Gary is an unusual protagonist. Typically, in films, we are presented with a likable main character who grows over time as their worldview is challenged. Although Mavis’ worldview seems to be proven ineffective time and time again, she doesn’t drastically change how she behaves. After being turned away by Buddy, Mavis quickly seeks out Matt for comfort and sleeps with him. In the morning, Mavis speaks with Matt’s sister Sandra, who admired her popularity and beauty in school. Mavis talks about changing her ways, but Sandra convinces her not to, saying that she is better than the people of Mercury the way she is.

Young Adult expresses that people like Mavis don’t change overnight, or even at all; maybe people like Sandra and Matt, so ignored and bullied in high school, don’t change either, still convinced that the popular kids are better than them. Mavis, although she has some connections in Mercury, still chooses to leave those people behind. She refuses to mature and develop genuine connections even at the end of the film. However, her cured writer’s block prompts growth in her book characters which suggests that Mavis just might grow up too.

Mavis’s character was at times difficult for critics to assess. Roger Ebert comments that Young Adult “breaks form, doesn’t follow our expectations, and is about a heroine we like less at the end of the film than at the beginning.” The complete disregard for audience expectations is what makes this film a success and an honest story, if a grim one about stunted maturity and the failure of people to change.