How Percy Jackson Could Become Disney’s Next Big Series 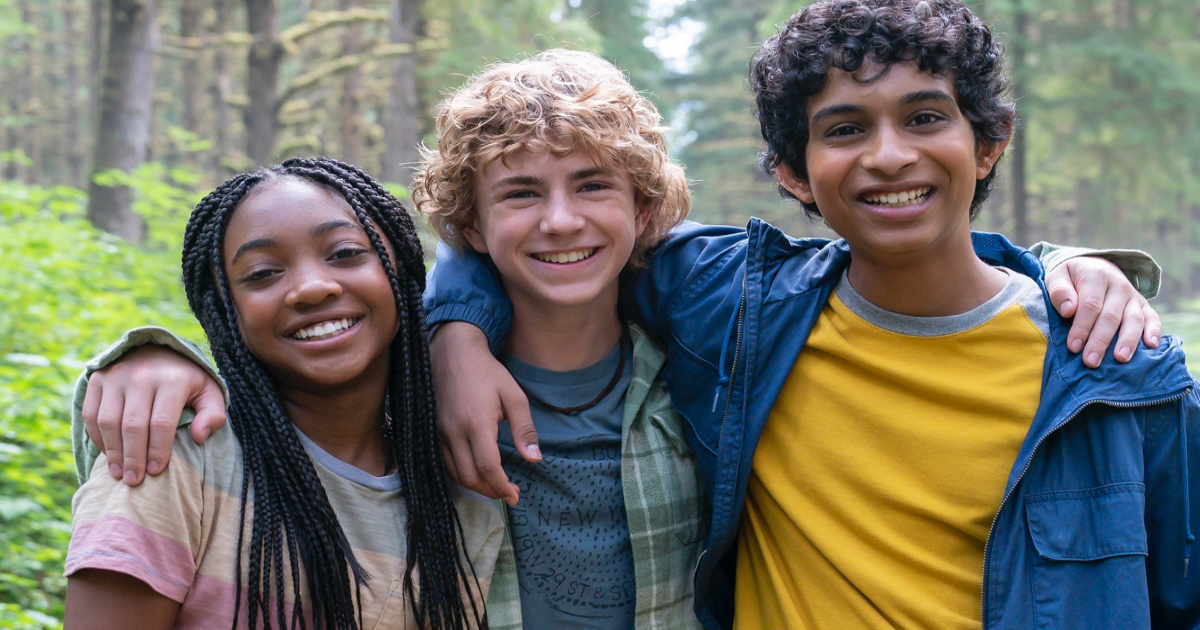 Disney is always looking for new franchises that will continue to expand the studio’s domination over the film and general entertainment industries. With the likes of both Star Wars and the Marvel Cinematic Universe under their belt, Disney already has a strong grip on the box office. However, with the streaming wars now in full effect, Disney is also looking look to increase viewership on their streaming service, Disney+. In addition to the avalanche of Star Wars and Marvel shows on the service, Disney is also developing a number of new fantasy and adventures series that are in the works for the service.

Looking ahead, it seems that the latest genre that Disney is looking to dominate is that of young adult fantasy. The waters of YA fantasy have proven treacherous before, as films like Inkheart, The Host, Beautiful Creatures, The Mortal Instruments, and many other YA book-to-film adaptations failed to ignite much interest in audiences. However, there have also been massive success stories in that world. Series such as Harry Potter and The Hunger Games became some of the biggest series of the last few decades, as both sparked massive worldwide obsessions with their brands and characters.

Disney is hoping that the next YA phenomenon will come from them, as they have already announced several new YA fantasy series that will be adapted into television shows for Disney+. While there is certainly interest in the new Eragon and Spiderwick Chronicles series that are in development for the streaming service, the most anticipated of all these new series is without a doubt the new adaptation of Percy Jackson and the Olympians. The Percy Jackson books have already had two failed film adaptations before, but there is still plenty of potential left in this series. Here’s how the new show could become Disney’s next big hit.

Learning From Past Mistakes

The two Percy Jackson movies that were released in the early 2010s were pretty massive misfires for a number of reasons. One of the biggest is that they failed to connect with the franchise’s core audience. Even the die-hard fans of the books were not impressed with the two theatrical outings. Reactions to 2010’s The Lightning Thief were pretty mixed, but by the time the second film, Sea of Monsters, came around in 2013, fans of the books had very little love left for the movies. While there was a lot of praise for Logan Lerman’s casting in the lead role of Percy, the films themselves utterly failed at capturing any of the magic from the novels they are based on.

The disappointment from fans regarding the films translated into poor box office receipts, which is why the series of movies was never completed. However, the films were such shoddy adaptations of the source material that nobody really wanted to see them completed anyway. While The Lightning Thief at least tried to follow the outline of its book, Sea of Monsters went all over the place before eventually stealing the ending of the fourth book and trying to cram it into the second movie. The results were not great.

The new Disney+ series, however, appears to be learning from the mistakes of the previous films. The film adaptations of The Lightning Thief and Sea of Monsters have been largely disowned by both fans of the books and even the series’ author Rick Riordan. After Disney announced the new series, with Riordan on-board as a writer and producer, the author denounced the film adaptations on Twitter by saying they were “my life’s work going through a meat grinder” before following up with “We’re gonna fix it soon.” Riordan had very little to do with the film adaptations of his books, so his inclusion in the new series has many fans optimistic that it will lead to a more faithful adaptation.

Tapping Into a Passionate Fanbase

Fans of Percy Jackson and the Olympians are dedicated. They love the characters and stories of that universe. When the first two films were released, it was only a few years after the books had initially exploded in popularity. The stories were fresh in the audiences’ minds, and so they were much more critical when they were not translated well to the screen. This new Percy Jackson series needs to appeal to these core fans if it wants to have any chance of being successful.

The Disney+ Percy Jackson series has an added benefit that the original movies did not have, nostalgia. The original five books were released between 2005 and 2009 (is anyone else astounded by the realization that The Lightning Thief is almost 20 years old?). The kids that grew up reading and loving the series are adults now, and many of them have maintained a love for the series and still carry a sense of nostalgia regarding it. For better or worse, nostalgia has become a key factor in the success of so many Hollywood franchises these days. Since the Percy Jackson books have managed to retain a long-term love and adoration from its fanbase, the series already has its foot in the door and has a better chance of catching on and becoming a hit.

Of course, the new show will have to appeal to what fans loved about the original books in order to keep them interested in the new Disney+ adaptation. There are a lot of people out there who probably haven’t read the books since they were younger, and if the new show doesn’t evoke the same kind of emotion and experience as the books, then that audience will not remember why they loved Percy Jackson in the first place. If the show abandons much of the original story or style of the books, it risks losing its core audience. That doesn’t mean the show has to be a word-for-word adaptation, but it needs to keep the spirit of the books alive if it wants to be successful.

Related: What We Hope to See in the Disney+ Percy Jackson Series

If the new Percy Jackson series on Disney+ can successfully tap into the fanbase behind the series while also bringing new viewers on board, then Disney will be in a very good position to expand the franchise into new seasons and potentially even other shows. The world of the Percy Jackson series is wide, with many different characters, stories and mythologies all existing within the same space. Assuming the series adapts approximately one book per season, then the Percy Jackson show is already set and ready to go for five full seasons. However, that is just the beginning of how the universe could continue.

In the years since the final book in the Percy Jackson series, The Last Olympian, was released, there have been many new expansions to that universe. There have been two separate sequel series that have continued the Greek mythology-inspired stories. The Heroes of Olympus was the first to follow Percy Jackson with a series of five new books released between 2010 and 2014. That series was then built upon even further with another sequel series, The Trials of Apollo, which consisted of five more books released between 2016 and 2020. Though Percy Jackson is not the central protagonist in The Heroes of Olympus or The Trials of Apollo, he is still a key character in both series. So, if the new Percy Jackson series is a smash hit, then the groundwork is already laid for the franchise to continue for years to come. Walker Scobell could have a very bright future ahead of him in the role.

Not only are there plenty of stories laid out for the future of the core characters within the Percy Jackson series, but there are also several spin-off stories set in the same universe that could make for great series as well. The first of which is The Kane Chronicles, which is a similar concept to the Percy Jackson series, except its focus is on Egyptian mythology rather than Greek. That series consisted of only three books: The Red Pyramid; The Throne of Fire and The Serpent’s Shadow. A few years ago, Riordan did announce that a series of movies based on The Kane Chronicles were in development over with Netflix, though there has been no further news about the films since. In addition to those books though, there is also another spin-off series that explores the Norse mythology in the world of Percy Jackson. That series, Magnus Chase and the Gods of Asgard, also consists of three books: The Sword of Summer; The Hammer of Thor and The Ship of the Dead. There are also numerous other series of similar books published under the “Rick Riordan Presents” banner that explore various mythologies from around the world. Though those books are not technically set within the same world as Percy Jackson, they are similar enough that they could be folded into the universe if Disney really had a strong desire to expand.

As exciting as fans may find all of that, it is way too early to start legitimately speculating about Heroes of Olympus, The Kane Chronicles, or any of these other books getting adapted into Disney+ series as well. Percy Jackson needs to perform well first, and there are still potentially four more seasons the show needs to get through before diving into those other stories. However, if the series does become a smash hit, which is certainly has the potential to do, then there is a wide open world for Disney to explore with the brand.

Throwback times: When Kartik Aaryan recalled the first time he saw Shah Rukh Khan, revealed how it felt like – Times of India