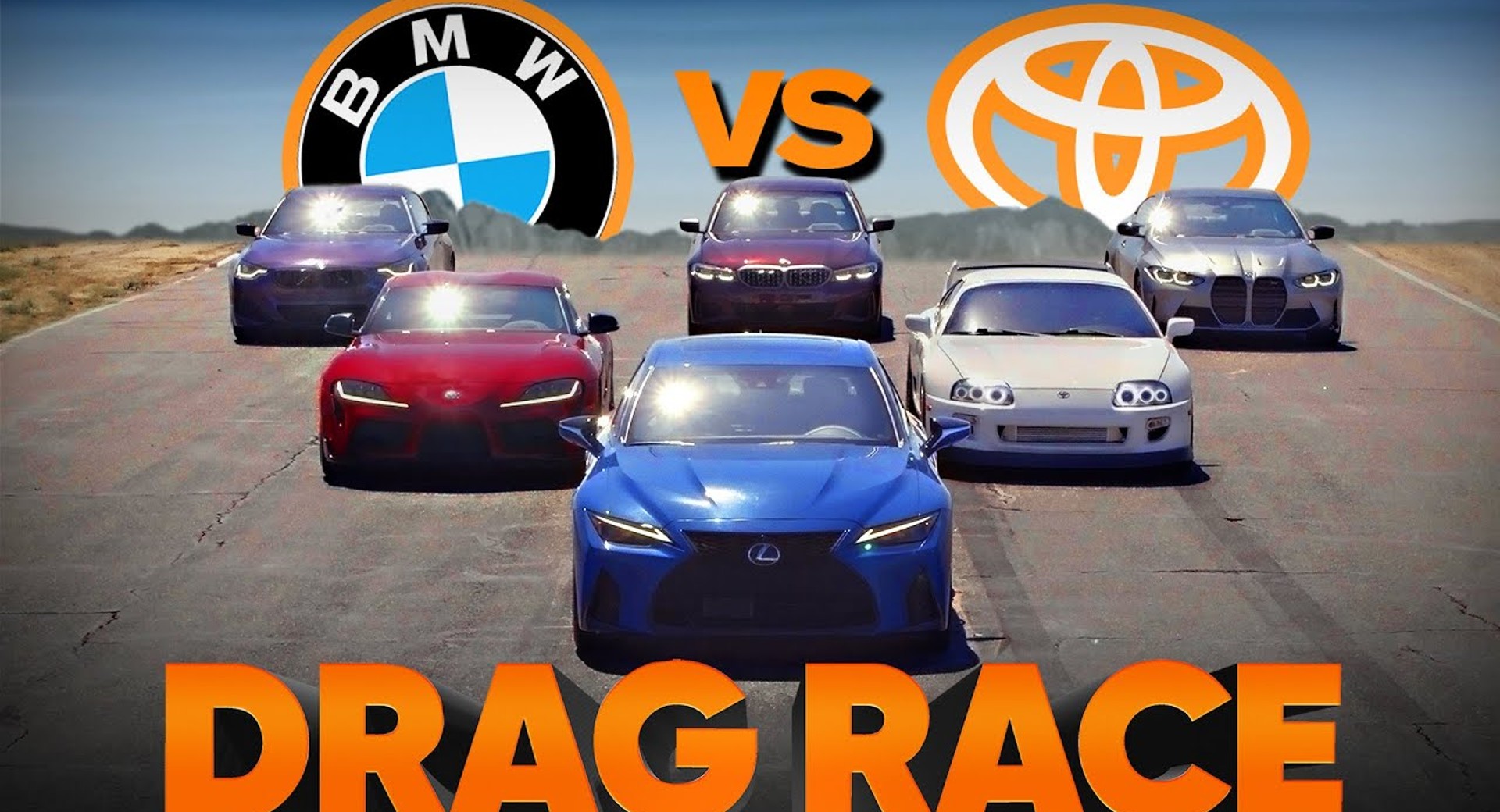 The future of automobiles almost certainly has a lot fewer cylinders in it. We’ve see that metric decrease for decades now but it doesn’t mean that the current landscape is devoid of landmark engines. In this drag race-focused video, Jason Cammisa shows us why the B58 and S58 inline-six engines BMW is making right now will go down as two of the best ever.

What better way to demonstrate these engines’ performance capabilities than to pit them against two well-recognized brutes? The first of mention is the Lexus IS500, a compact sedan with a big burly V8 under the hood with 472 horsepower (351 kW) on tap. Lining it up against the new Supra with its 382 horsepower (284 kW) might seem a little unfair.

However, not only does the Supra win but it does so in commanding fashion. The platform makes a difference of course since the Supra weighs some 600 pounds less than the IS. It also has gear ratios that are 25 percent shorter which helps with acceleration.

Really though, the engine itself is the catalyst to speed and that’s why we’re glad that it’s also in the BMW M240i xDrive and the M340i. Of course, none of these cars have the S58 from the new M4 xDrive Competition. Think of it as a more extreme branch away from the B58 as it has lower compression, more boost, forged pistons, and 503 horsepower (375 kW).

Cammisa points out that tuners are getting about double that from the S58 so he feels it’s appropriate to run it up against another tuner-friendly straight six. That’s the 2JZ found in the Toyota Mk IV Supra and in this particular case, it’s a 3.2-liter unit developing 1,250 horsepower (932 kW) to the wheels.

From a dead stop with the Supra engaging its anti-lag and the BMW using its launch control, it’s the M4 that actually gets the jump. In fact, it’s not until the old-school Supra can get into boost that it starts to come around the new BMW to pick up a win just before the line.

Put a less skillful driver in the bucket seat of the Supra and the BMW might have been able to pick up the victory. That’s quite impressive considering that the new M4 xDrive Competition is a stock production car that anybody with the cash can just go buy like it’s no big thing. Indeed the B58 and the S58 will be very missed once they’re gone.