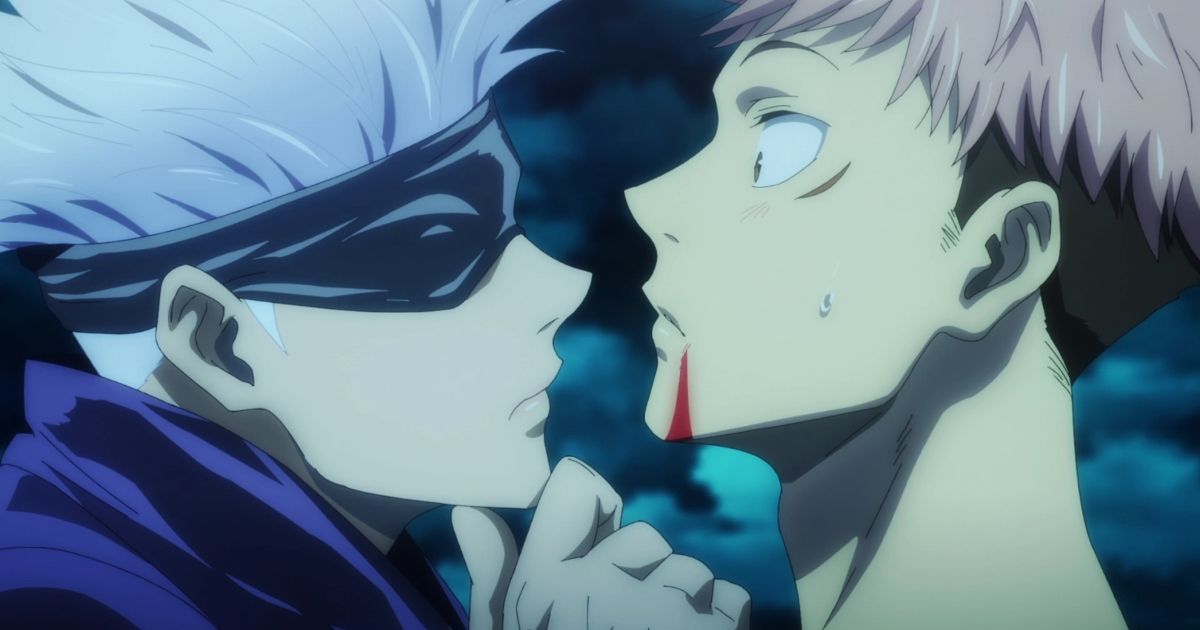 Naruto is one anime that set a whole culture and created a generation of anime lovers. The anime that began in 2002 continued until 2017 with its second part Naruto: Shippuden. Currently, Naruto’s story is being continued through Boruto: Naruto Next Generations, which focuses on Naruto’s son as well as Naruto’s time as the Hokage of the Hidden Leaf. Even though Boruto is giving glimpses of an adult Naruto, it is undeniable that the fans of the OG anime miss the stories of the young Naruto and his mates. Fortunately, there is one anime that might bring back this nostalgia in a different way.

Released in October 2020 with 24 episodes so far, Jujutsu Keisen seems to be quite similar to Naruto. While Naruto is a shonen classic and “a part of the Legendary Big Three” Jujutsu Keisen is seen as “one of the best new-generation anime”. However, there seem to be some significant similarities between these two animes, in turn, making Jujutsu Keisen the perfect watch for those missing Naruto.

Related: Best Anime Shows to Start With for Beginners and Newcomers

A Pure and Crazy Protagonist Who is Shunned

The key reason why Naruto became so successful was due to its orange-haired protagonist that everyone adored. Naruto Uzumaki seems to be the ideal character to send out positive messages to the young audience. Naruto constantly reminds the viewers of how the protagonist was shunned by society because of the beast, Kurama (nine-tailed fox) that was trapped inside his beauty. With the villagers only knowing part of the whole story, they constantly cast Naruto aside. Thus, a lonely and isolated protagonist was created. Similarly, Yuji Itadori, the protagonist of Jujutsu Keisen is cast aside because he is being possessed by a powerful curse named Ryoumen Sukuna. Like Naruto, Yuji is being tracked by many and has become the target of many assassinations. Both protagonists have these “creatures” trapped within them to save their friends or fellow citizens. Perhaps, one difference between these two is that while Naruto has been living with Kuruma since birth, Yuji’s encounter with Sukuna starts whilst he was in high school.

Another reason why both protagonists are admired by anime fans is that they are both very pessimistic, in turn, making them quite pure. Contrary to the “monsters” trapped within them, these two protagonists seem to have each other’s best interests at their heart and are always eager to sacrifice their own selves to save their friends.

Speaking of “monsters” trapped within, it is also important to note the similarity between Sukuna and Kuruma. For one, both seem to have a troubled relationship with their “hosts”. While Kuruma develops a great bond with Naruto and ends up having one of the best character developments in the history of anime, it is yet to be seen when it comes to Sukuna. However, Sukuna is, nonetheless, vary of Yuji being killed as he seems to be eager to ensure Yuji is kept alive. Whether this is for the fulfillment of his own wishes is another story that is to be revealed.

Thus far, Jujutsu Keisen has only given glimpses of Sukuna’s powers. It is possible that Sukuna might be a more powerful version of Kuruma, since he is a mere curse with a thirst for killing. However, given that Sukuna’s past is still a mystery to the audience, it is hard to say whether he will eventually come to like Yuji and show a more “humane side”. Kuruma and Sukuna are also treated as weapons in both animes, with villains hunting them down to use them for their own benefit.

If the inclusion of a Naruto-like protagonist and a killer-Kuruma is not enough, perhaps a different version of Team 7 might be interesting. As Yuji enters the world of cursed energy and sorcerers, he befriends and teams up with two other characters. Megumi Fushiguro, who seems to be his closest friend, might be similar to Sasuke Uchiha, but he seems to be more concerned about Yuji than Sasuke was about Naruto. Nonetheless, Megumi carries a similar “don’t-care”, but powerful persona when compared to Sasuke.

The only girl on the team, Nobara Kugisaki, shows off more powerful traits from the beginning itself. In Naruto, Sakura’s character, unfortunately, constantly took over the damsel-in-distress trope until her huge character development when she became Tsunade’s apprentice. Nobara, on the other hand, is eager to demonstrate her “Straw Doll Technique”. Nonetheless, similar to Sakura’s annoyance with Naruto, Nobara seems to be quite harsh on Yuji.

Finally, Jujutsu Keisen has its own white-haired Kakashi Hatake who is called Satoru Gojo. Similarly to Kakashi, Gojo is powerful and feared by many. His powers also lie in his eyes, and thus, he constantly has his eyes covered. However, one major contrast between these two tutors is that Gojo seems to be more carefree and comical when compared to Kakashi. All in all, Jujutsu Keisen‘s version of Team 7 might be only a tad similar to that of Naruto‘s, but the differences only make it more entertaining.

Naruto‘s success also has a lot to do with the perfect balance between humor and adventure. With the comical nature of the protagonist and other characters bringing in a good laugh, the anime made sure that the audiences weren’t left all serious and in suspense throughout the whole series. However, where necessary, this anime did not fail to bring in shocking and bizarre battles that left the audience wanting more.

Jujutsu Keisen takes a very similar approach with its humor. With Yuji, Gojo, and the crew bringing in the much-needed laughter, the anime gives way to the release of tension. Yet again, the few battles that have been displayed in the first season were quite thrilling and are indicative of the roller-coaster ride the anime is preparing for.

For anime lovers who are still not over the conclusion of Naruto and are looking for a similar exciting adventure, Jujutsu Keisen seems ideal. With its differences, it allows the anime to take its own form, in turn, bringing in a different world of villains and heroes.