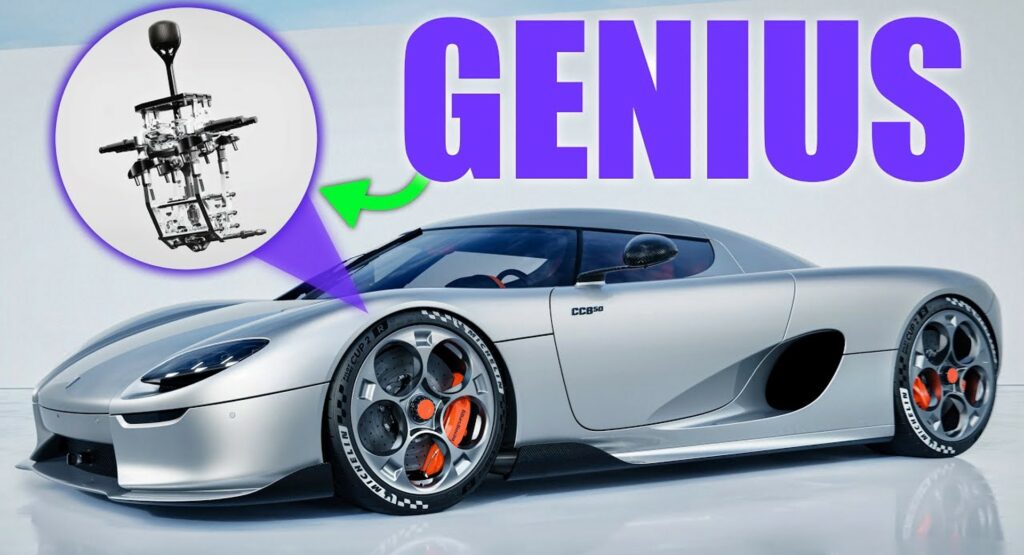 The new Koenigsegg CC850 is the latest in a long line of groundbreaking cars from the Swedish supercar manufacturer. Similarly to the huge impact that the CC8 had on Koenigsegg as a brand, the new transmission in the CC850 might have a big impact on the future of row-your-own gearboxes in the future. Jason Fenske breaks down how it works in his latest video.

If you missed the news, the new CC850 is a tribute and an evolution of the car that got Koenigsegg off the ground, the CC8. While the model itself is quite impressive, its transmission is the really wild news as it’s both a manual and an automatic at the same time. Contrary to reports that it’s a ‘fake’ manual, the truth is that in ‘manual’ mode it’s as ‘real’ as any other three-pedal gearbox. It just engages in a slightly different way.

As Fenske explains in the film below, Koenigsegg’s Lightspeed transmission has three main shafts and a clutch pack for each gear instead of a conventional manual’s two shafts and single clutch which transmits power for all gears. When the driver depresses the clutch, the clutch packs on one shaft all open up until a gear is selected.

As the driver selects a specific gear, the physical action of placing the shift lever into that gear acts as a position-sensitive control for the clutches on the engaged gear shaft. Once in gear, that action connects the direct drive shaft from the engine to the first gear shaft. It also tells the computer which of the clutch packs on the second gear shaft should be the one to be actuated as the driver releases the clutch pedal.

Just like in a conventional manual transmission, the physical action of releasing the clutch correlates to the physical engagement of the clutch pack on the second gear shaft. That’s what allows the engine to stall if you don’t give the CC850 enough gas to get off of the line. It’s also what makes this a real manual as it’s direct physical input and position-sensitive action that controls forward motion as opposed to a simple on/off switch or a semi-automated process.

Fenske goes into considerably more depth about the intricacies including how Koenigsegg uses different gear ratios based on the mode that the CC850 is in. From everything we’re seeing it’s easy to see how future cars could use a similar system to keep manual transmissions around.