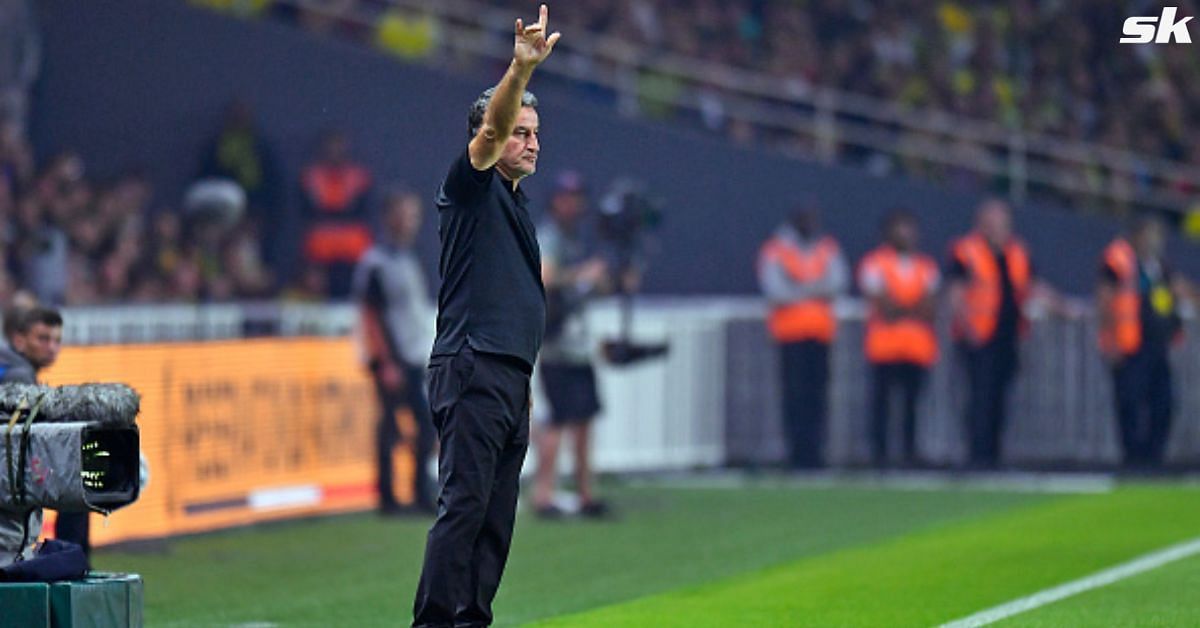 Vitinha recently penned a five-year deal at the Parc des Princes following a €41.5 million move from Porto this summer. He has been a first-team starter for PSG this summer, featuring in five of six Ligue 1 games this season.

Despite a resounding victory on Saturday, the Ligue 1 champions were a blow, as the 22-year-old picked up an injury. The Portuguese was forced off the pitch in the first half following a late tackle from Nantes defender Fabio, who was sent off.

At a post-match press conference, Galtier shed light on Vitinha’s situation, saying that he took a ‘big hit’ on the kneecap. However, the knock is not serious, and the 22-year-old could be in contention to start against Juventus in midweek. Galtier said (via Culture PSG):

“He took a big hit on the kneecap. There is no torsion or ligament risk. We’ll see if there’s a hematoma. The match against Juventus is coming quickly. We’re going to get him out of there to restore him well, but we’ll see what his feelings are. Otherwise, we’ll go with someone else.”

If he fails to recuperate in time for the Juventus game, Galtier has other new signings to call upon. Renato Sanches, Fabian Ruiz and Carlos Soler joined the Parisians from Lille, Napoli and Valencia respectively.

PSG face the Bianconeri at the Parc des Princes in their UEFA Champions League Group H opener on Tuesday (September 6).

That is the number of goals scored by the Parisians after the first 6 matches in #Ligue1 22/23, equaling the record for goals scored by a team from the 5 major leagues at this stage of a season in the 21st century!

⚽️ 𝟐𝟒 ⚽️That is the number of goals scored by the Parisians after the first 6 matches in #Ligue1 22/23, equaling the record for goals scored by a team from the 5 major leagues at this stage of a season in the 21st century! https://t.co/QB0lxpB8cr

A brace from Kylian Mbappe – helped by Lionel Messi – helped the Parisians to a convincing win at Nantes.

Mbappe opened the scoring in the 18th minute, converting a pass from Messi with pinpoint accuracy. The pair combined for another goal nine minutes after the restart as Mbappe completed his brace. Nuno Mendes then rounded up the scoring from a rebound midway through the second half.

The Parisians are back atop the Ligue 1 standings with 16 points from six games. They will next lock horns with Brest at the Parc des Princes in Ligue 1 on Saturday (September 10).