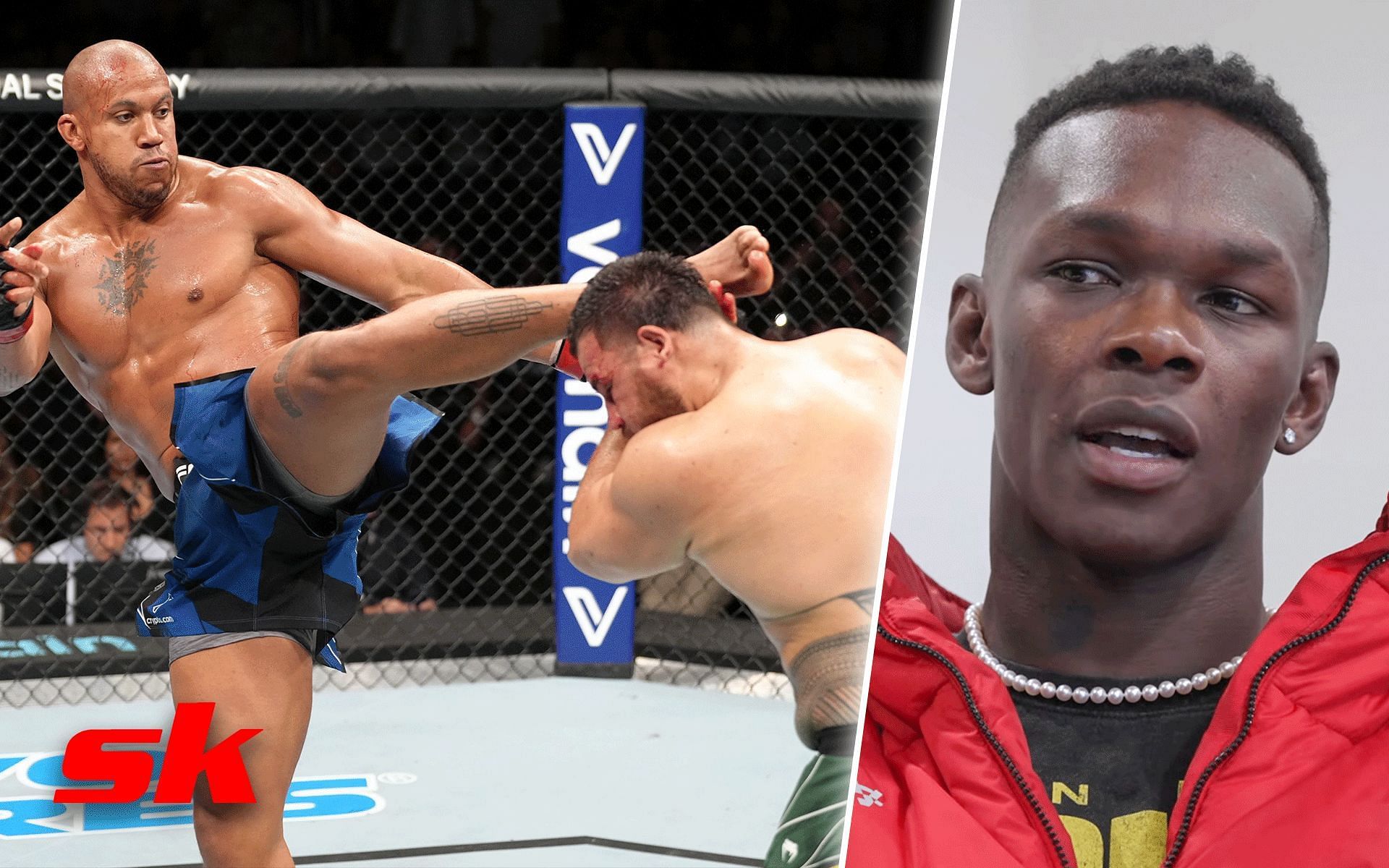 In round three, the Australian heavyweight star employed some trickery when he pretended to be wobbled with a head kick, baiting his opponent to come close. But when Gane tried to shorten the distance, Tuivasa swung with a potentially fight-ending overhand right.

Tai Tuivasa’s plan ultimately didn’t work as he missed his shot, but his tactic was undoubtedly convincing. So much so that even Israel Adesanya admitted that he was faked out by ‘Bam Bam.’

During an episode of his personal vlog on YouTube, ‘The Last Stylebender’ broke down the entire UFC Paris card. Weighing in on the aforementioned sequence, Adesanya said:

“That was cool, though, what Tai did the moment he got kicked in the head and he played possum. I really thought… he had me fooled. I was like, ‘Oh s***!’ and then he f***ing hit him, tried to clap him.”

The former interim UFC heavyweight champion eventually finished Tuivasa in the same round. The Frenchman dished out a diet of body kicks, which later paid off as Tuivasa could no longer hide the pain every time his midsection got hit.

The finishing sequence came after Gane landed a perfectly-placed counter right hand that wobbled Tuivasa. ‘Bon Gamin’ proceeded to pounce on his opponent and applied the finishing touches to secure the TKO win.

Although Gane dominated the exchanges for the most part, Tuivasa remained a threat throughout the fight and never appeared to be out of it. In round two, ‘Bam Bam’ dropped the hometown hero with a massive right hand.

WATCH: Ciryl Gane and Tai Tuivasa nearly stop each other repeatedly. One of the best rounds you’ll see all year #UFCParis

WATCH: Ciryl Gane and Tai Tuivasa nearly stop each other repeatedly. One of the best rounds you’ll see all year #UFCParis https://t.co/HEIrHGaccg

Gane was able to recover, though, and went on to regain control of the fight. Assessing the heavyweight clash, Adesanya said:

“Main event was dope! Tai had his moments. Dinked him, almost sank him. Ciryl reckons he got knocked out, but he came back and it worked… [I’m] surprised he was investing in that body early on, yet Tai held on [and] made it seem like [he] was one more kamikaze [from winning].”