Hayley Atwell Gets Candid About Her Captain Carter Cameo: Not ‘The Trajectory That I See For Peggy’ 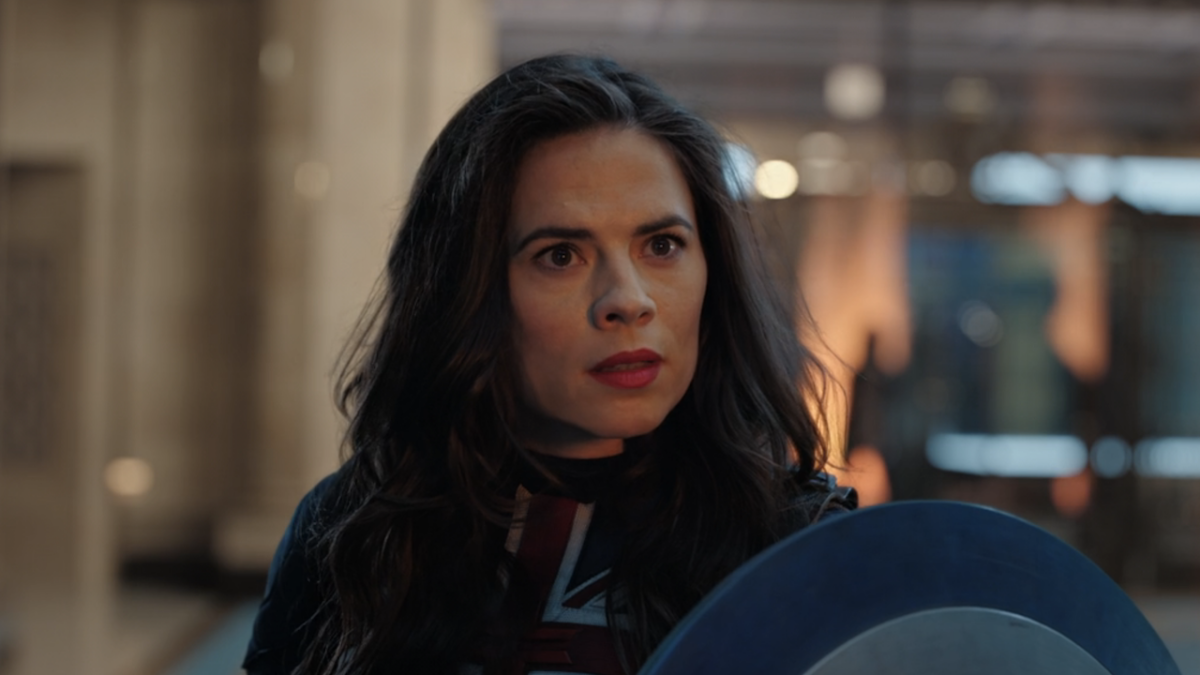 Phase Four of the Marvel Cinematic Universe was a wild ride, thanks to twists coming from both the small and silver screens. Sam Raimi’s Doctor Strange in the Multiverse of Madness was no exception, especially regarding the introduction and prompt murder of the Marvel Illuminati. That sequence debuted Hayley Atwell as a live-action Captain Carter, but the actress recently got candid about that cameo saying it was not “the trajectory that I see for Peggy.” Let’s break it all down.

After Hayley Atwell voiced Captain Carter in the first episode of What If…?, fans were thrilled at seeing her rock the shield in live-action for Doctor Strange 2. Even if it was short-lived, as the entire team got killed off in quick succession. The Mission: Impossible actress recently spoke to Digital Spy about bringing this alternate take on her signature character to life (and death), saying:

Indeed, Hayley Atwell’s role in Doctor Strange in the Multiverse of Madness was a quick one. She only got a few lines of dialogue, before engaging in a brief but grisly battle with Elizabeth Olsen’s Scarlet Witch. And while fans were excited about her finally becoming a full-fledged Marvel superhero, it sounds like the appearance left something to be desired for Atwell herself.

Hayley Atwell’s comments might surprise Marvel fans, who were both thrilled and quickly shocked by the appearance of the Illuminati in Doctor Strange 2. The movie marked Atwell’s whopping 9th appearance in the MCU, including various TV shows. While she’s seemingly always down to play Peggy, her short role and quick death in Sam Raimi’s sequel wasn’t exactly what she had in mind.

The majority of Peggy Carter’s appearances throughout the MCU have been surprises for the fandom, including Doctor Strange 2 and Avengers: Endgame. And as such, fans are wondering if/when she might pop up yet, despite the character dying in the main timeline back in Captain America: Civil War. When Hayley Atwell was asked about possibly returning to play Peggy again, she said:

Well, there you have it. While Hayley Atwell isn’t ruling anything out, it seems like any future roles in the MCU as Peggy Carter will have to depend on the project at hand. She clearly feels some responsibility toward her signature Marvel character, even as she moved on to roles in other franchises like Tom Cruise’s Mission: Impossible. In that same interview, the 40 year-old actress spoke about Peggy’s legacy and reception through the years, saying:

The next MCU movie hitting theaters will be Ant-Man and The Wasp: Quantumania on February 17th, 2023. In the meantime, check out the 2023 movie release dates to plan your next movie experience. Hayley Atwell has a big year coming up thanks to the upcoming release of Mission: Impossible – Dead Reckoning – Part One.