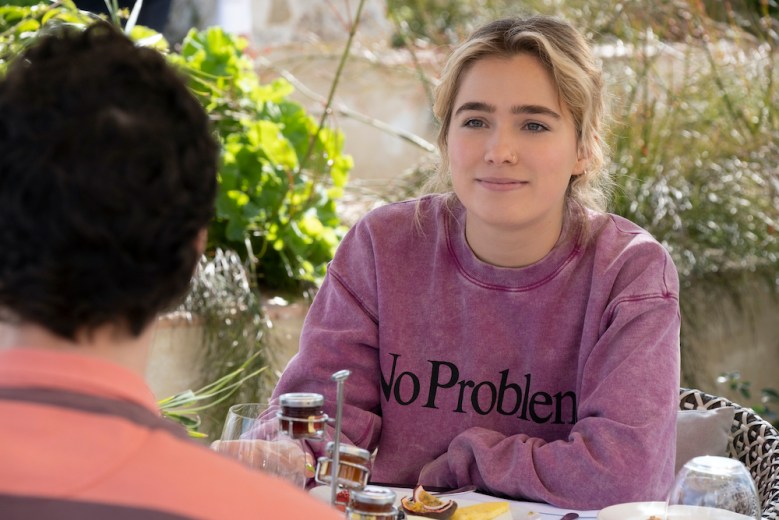 It’s the question on every HBO Max subscriber’s mind: Who will die in the season finale of “The White Lotus”? On the December 5 episode of “Jimmy Kimmel Live,” cast member Haley Lu Richardson stopped by and offered her take on where the show’s final episode may be headed.

In the series, Richardson plays Portia — the hapless assistant to Tanya (Jennifer Coolidge) — who ends episode 6 in an ambiguous situation, separated from her boss and away from the hotel with a man she barely knows. When asked who will commit murder in the finale, Richardson joked and said the culprit will be a Sicilian fisherman who will first appear in the final episode.

“I can’t take credit for that joke, my agent just came up with it backstage,” Richardson said. “Shout out to David.”

During the interview, Kimmel and Richardson spoke about what makes the show different from other murder mysteries, where someone dies and the objective is to figure out who killed them. In “The White Lotus,” the audience knows from the jump that someone dies and the question is more about who the victim is. Making things more complicated, Season 2 will apparently end with multiple guests dead, and the only main characters confirmed to still be standing are wife Daphne (Meghann Fahy) and steely hotel manager Valentina (Sabrina Impacciatore).

Kimmel spoke about his own theories for the finale, saying he thinks everyone aside from Daphne and Valentina might end up dead.

“Isn’t that screwed up, that literally all of the characters could be capable of murder? It’s pretty fucked up,” Richardson said. “I would believe that any of us could do it, has it in them.”

Richardson also spoke about filming in Sicily with cast members F. Murray Abraham, Michael Imperioli, and Tom Hollander. According to Richardson, she didn’t know any of the cast before the series with the exception of Aubrey Plaza, who plays dissatisfied vacationer Harper. Referring to herself as one of Plaza’s “crazed fans,” Richardson said she mildly stalked Plaza before they appeared on the show, including getting close to her cousins in order to get to her birthday party.

“I showed up at her birthday party, and it was an intimate invite-only party, and she saw me across the bar and she said, ‘You,’ and walked away. And it was the best thing that ever happened to me,” Richardson said. “When I booked the show, I got a text from an unknown number that was literally just a knife and a drip of blood. And I knew, I just knew it was Aubrey!”

The Season 2 finale of “The White Lotus” airs Sunday on HBO. The show is available to stream on HBO Max. Check out IndieWire’s predictions of who will die in the season finale, and watch Richardson’s interview with Jimmy Kimmel below.