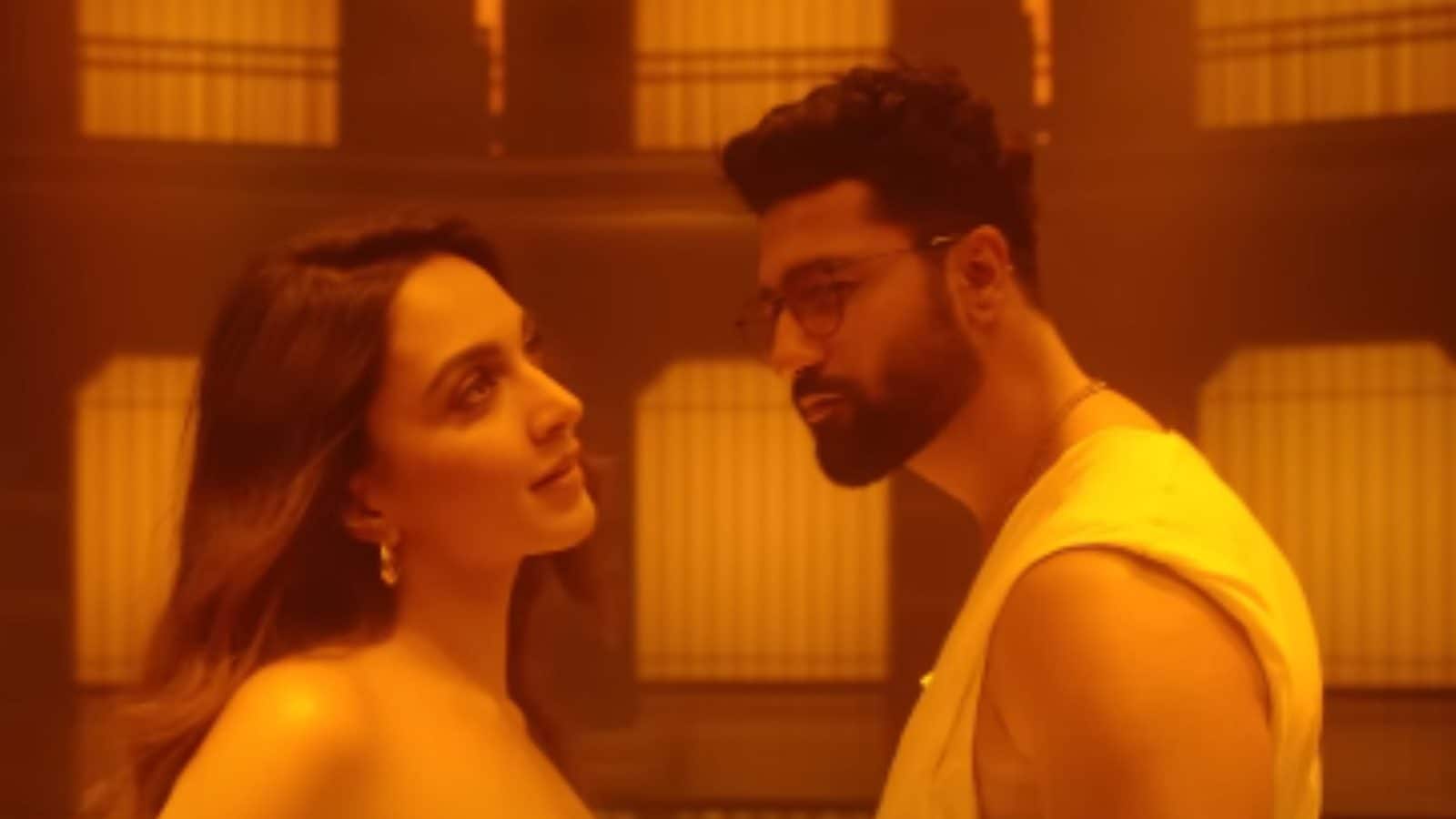 The release of Vicky Kaushal, Kiara Advani, and Bhumi Pednekar’s upcoming movie Govinda Naam Mera is just 10 days away and the makers are leaving no stone unturned to promote the comedy thriller. On Tuesday afternoon, yet another dance number, Kyaa Baat Haii 2.0 was dropped online. With mellow beats and rhythm, this dance number is a sizzling slow burner that is sure to impress the masses. Composed by B Praak, the music video of Kyaa Baat Haii 2.0 featured the twisted chemistry between Vicky Kaushal and Kiara Advani.

Crooned by Harrdy Sandhu in collaboration with Nikhita Gandhi, the music was recreated by Tanishk Bagchi. Though the plot of the movie chronicles a love triangle, now this song hints that things aren’t as simpler as it appears to be. The music video begins by showcasing Vicky Kaushal restricted in shackles before Kiara Advani approaches him. Grooving the mid-tempo number, Kiara releases Vicky Kaushal and goes on to set the dance stage ablaze with their steamy choreography. However, that’s now how the video concludes. A sly Vicky Kaushal ends up putting Kiara into the same shackles, thereby indicating that their extra-marital affair is not all lovey dovey. Watch the music video here:

For those unaware, the original song Kya Baat Ay was released by Harrdy Sandhu back in 2018. Penned by Jaani and composed by B Praak, the uber-cool dance video of the original number featuring Brazilian model Carolina Moura was directed by Arvindr Khaira. The music video ended up amassing over 6.3 million views on YouTube. Prior to this song, the makers have already released Bijli and Bana Sharabi.

Directed by Shashank Khaitan, Govinda Naam Mera revolves around the life of a charming young man Govinda Waghmare who is trying to juggle time between his wife and girlfriend with a pinch of confusion, chaos, and laughter. The film which is produced by Karan Johar will be released digitally on the OTT platform Disney+Hotstar on December 16.