“GOAT talk, I see you Serena” LeBron James hilariously mimics a goat’s voice while watching Serena win in the US Open 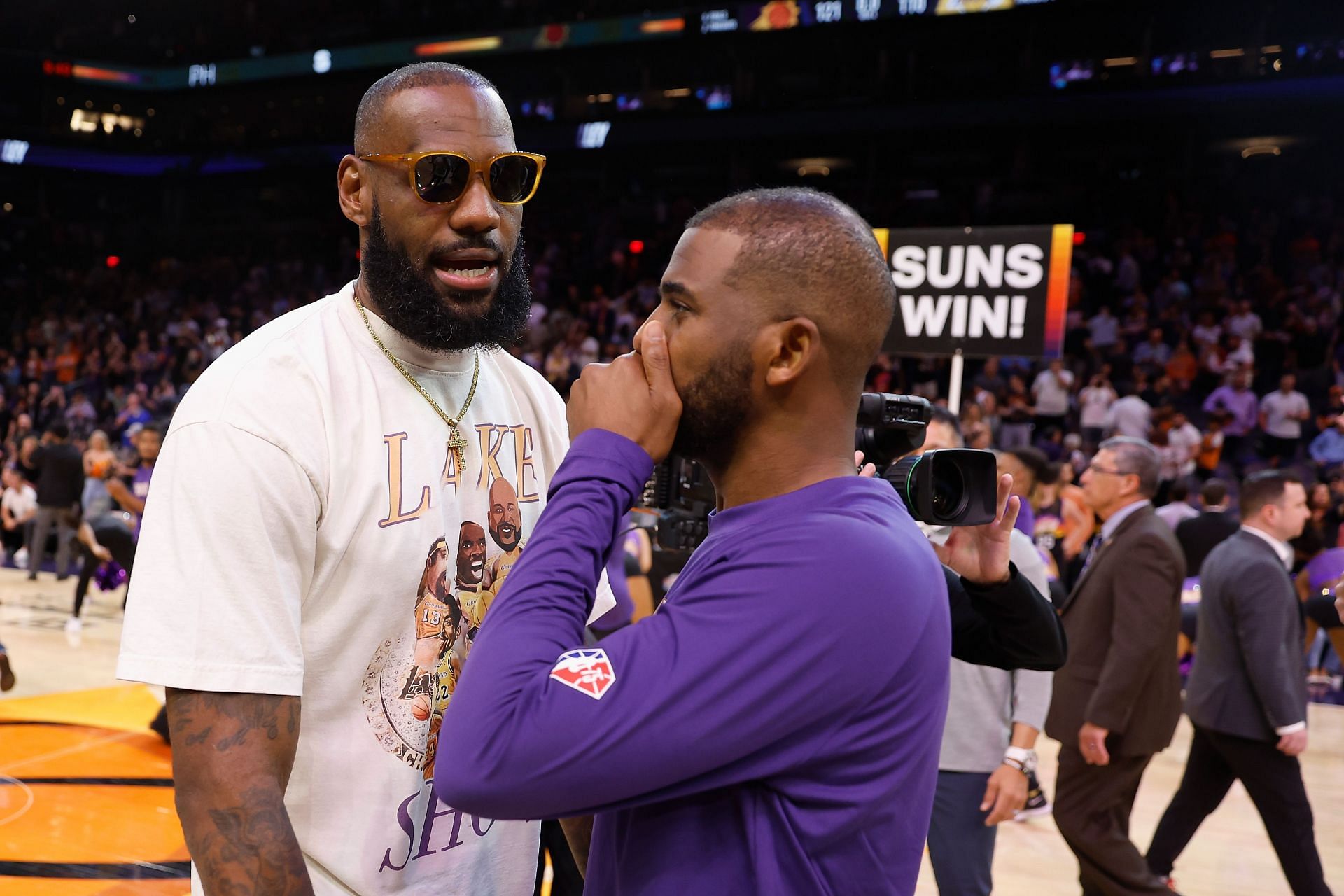 LeBron James is one of the greatest basketball players of all time and has achieved a lot during his impressive NBA career. However, James has often been highly-appreciative of greats in other sports.

The Los Angeles Lakers forward is a big fan of Serena Williams, which is what he showed once again with his Instagram story. LeBron watched Serena dominate her own sport and come up with another big victory.

James even mimicked a goat while watching the successful tennis player win a big US Open match. The Lakers superstar followed it with this short line:

What makes LeBron James and Serena Williams similar is the fact that they both dominate the competition in the late stages of their careers. James will turn 38 at the end of the year, yet he was the second-best scorer in the NBA last season.

Serena Williams, on the other hand, will turn 41 in less than a month. However, she’s still dominating her opponents and her latest triumph came against second-seeded Anett Kontaveit.

The sellout crowd included some popular celebrities, including Tiger Woods, Zendaya, Spike Lee, and Lala Anthony. Many other popular sports figures, like LeBron James, supported Serena Williams from their homes.

What made Williams’ US Open win so special was that she was a heavy underdog. The incredible tennis player has also decided to retire after this tournament, which makes this victory even bigger.

Serena Williams has shown why she’s regarded as the best tennis player of all time and her retirement has been postponed. Williams will face Ajla Tomljanovic, the 46th-ranked tennis player in the world, on Friday.

Like Serena Williams, LeBron simply refuses to retire. Both are too good to stop playing as they have a lot in the tank. While Williams’ career will most likely happen soon, James will likely stay in the NBA until he turns 40.

The Lakers are not in a great situation, but they are hoping to compete next season. With a new head coach and a few moves over the summer, the team could improve slightly, but they need to make bigger moves to be serious contenders.

LeBron James averaged 30.3 points per game last season, the second-best mark of his career. He also signed a contract extension with the Lakers that will keep him in Los Angeles until 2025.

James’ ultimate goal is to play with his son, Bronny James, and that may happen in two years. For now, however, he will have to figure out how to improve his team and have a deep playoff run next year.

The Lakers finished last season with only 33 wins, which was a massive disappointment. LeBron and his squad will have to do a better job and at least make it to the second round next season.