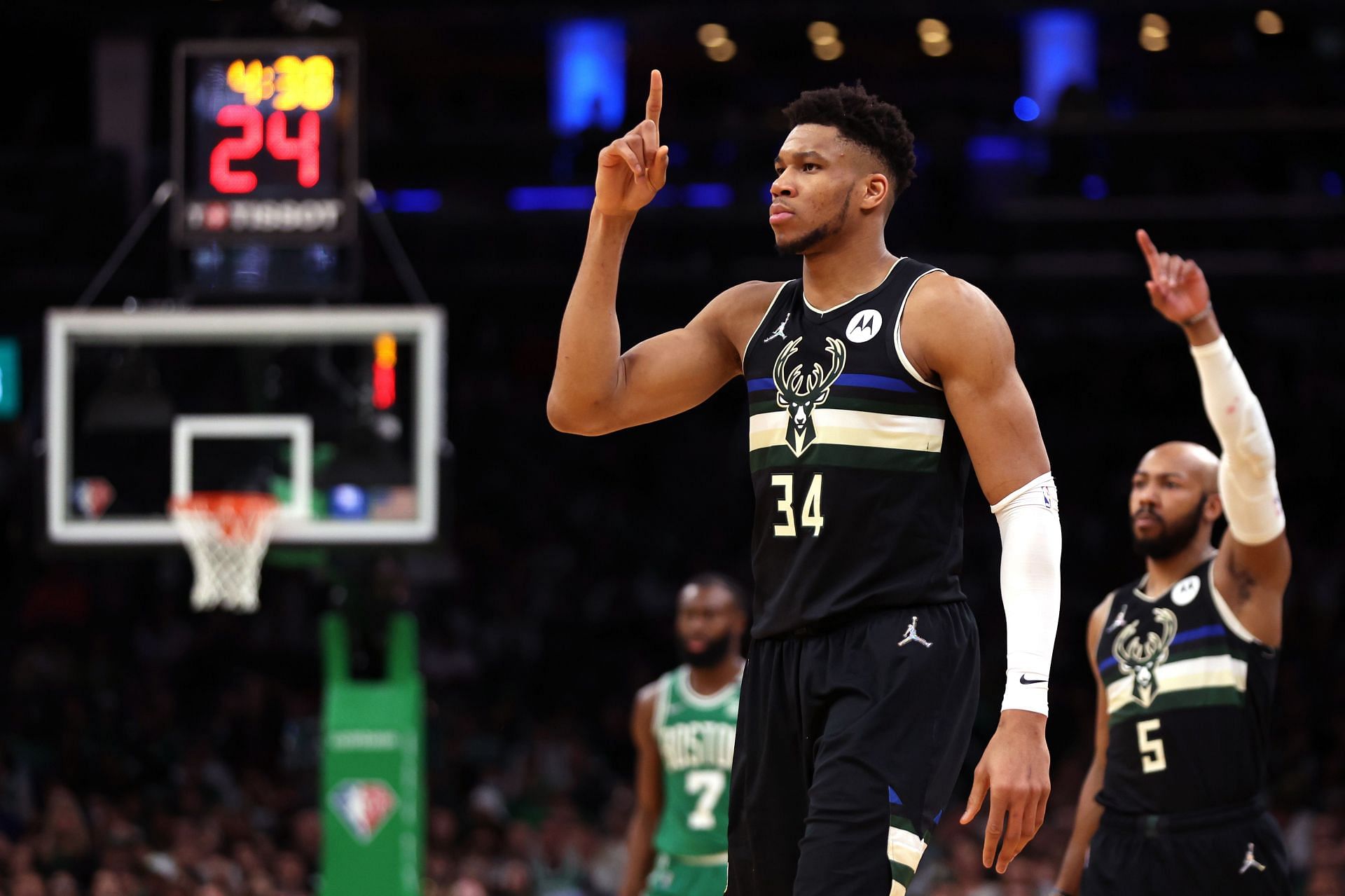 Antetokounmpo has steadily taken his game to new heights to become one of the world’s top basketball players. Not only has the talented forward seen his skills develop, his mentality on the court has also made him a special player. Each offseason, the Bucks superstar, one of the league’s most competitive players, has put forth a relentless work ethic to be one of the NBA’s top players.

“I’ll say this respectfully: The way that Giannis looks at other bigs is the same way that Kobe (Bryant) used to look at other wings.

“Right, when Kobe would show up, and I played with Vince (Carter), and it was T-Mac (Tracy McGrady) and it was whoever anybody else that they thought in those early days were like, oh, the comparable, the next (Michael) Jordan heir. All these guys, like, Kobe would look at that like it was a personal challenge, right, against each one of them.

“Giannis does the same thing. Giannis looks at Anthony Davis and not in a mean, like, I-hate-you way but in a, like, ‘Oh you’re the person that you’re trying to compare me to. This is the person that people are saying is the other best big in the league. Well, let’s go at it.'”

Over the years, it’s been remarkable to see rapid improvements from the Milwaukee Bucks superstar. Not only has Giannis Antetokounmpo become a more all-around threat on the court, but his mentality has shifted with each year.

The Bucks forward has become fearless and has continued to give opposing defenders nightmares with his playing style and relentless motor. The six-time All-Star has been a two-time MVP and the 2019-20 Defensive Player of the Year.

After winning his first championship in 2021, the Bucks lost in the Eastern Conference semifinals to the Boston Celtics last season. The team was shorthanded without fellow star Khris Middleton, but the Bucks hope to get back on top this year.

If there’s one thing for sure, it’s that the franchise superstar should be more motivated than ever.