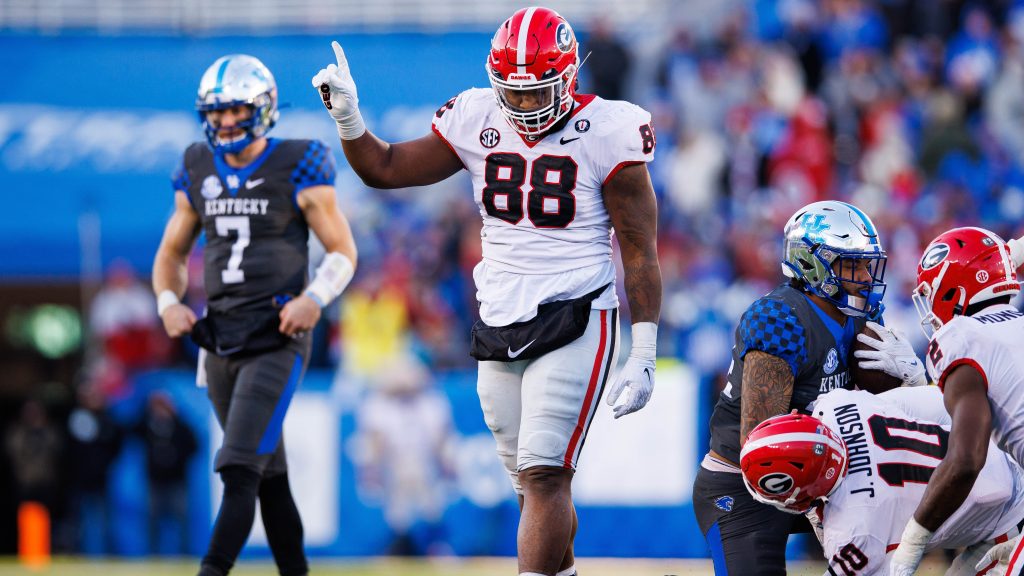 The Georgia Bulldogs and head coach Kirby Smart have offered a scholarship to three-star defensive line recruit Vincent Carroll-Jackson. Carroll-Jackson is a late-riser in the class of 2023.

It is rare for major college football programs to offer players this late in the process, but Georgia thinks it may have found a diamond in the rough in Carroll-Jackson.

Kirby Smart and Georgia recently added a commitment from five-star pass rusher Samuel M’Pemba. The Bulldogs currently have commitments from just one defensive lineman and two edge rushers. Georgia could easily add another talented defensive line recruit to the equation in the class of 2023.

The three-star has scholarship offers from Florida, Rutgers, Ohio, Kent State, among others.

The talented defensive lineman announced his scholarship offer from the Georgia Bulldogs via Twitter: