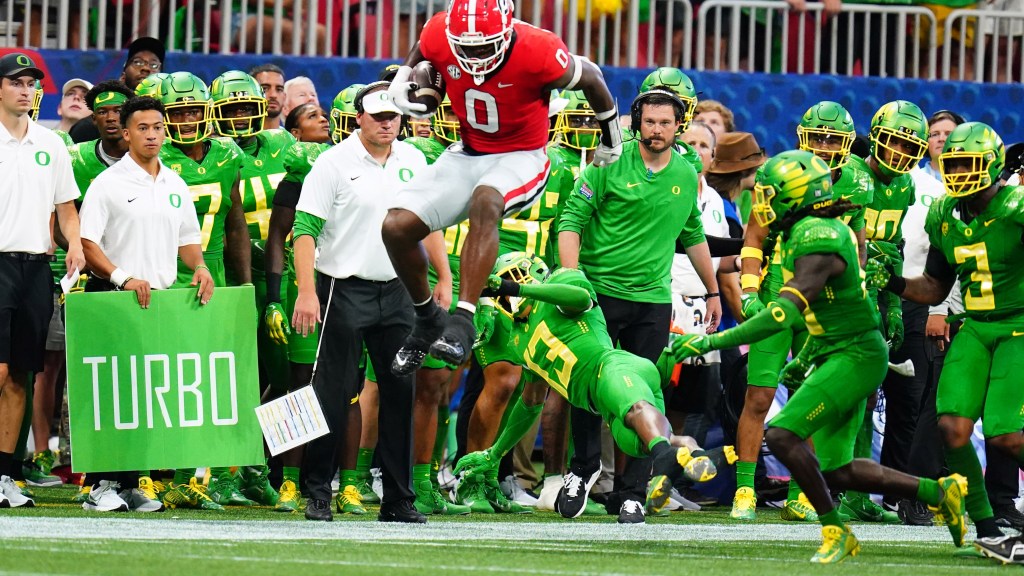 The Georgia Bulldogs will likely get more first-place votes in the polls after getting a convincing 49-3 win over the Oregon Ducks. Georgia, Alabama, and Ohio State entered the 2022 college football season as the country’s three consensus top teams.

Alabama defeated Utah State 55-0. The Crimson Tide will face more of a challenge next week against the Texas Longhorns. Alabama did not show much of a weakness in the season opener, but that’s expected against Utah State at home. Nick Saban and company were the preseason favorites to win the national championship.

However, Ohio State also had an impressive win to open the year. The Buckeyes defeated a highly-ranked Notre Dame team and showed more defensive prowess than in previous years. Ohio State topped Notre Dame 21-10. The Buckeyes offense got off to a slower start than most would expect. The Ohio State defense did an excellent of limiting unproved Notre Dame quarterback Tyler Buchner.

Georgia and Ohio State both play less talented teams in Week 2. Alabama’s trip to Austin will be one of the best games in Week 2.

Georgia’s dominant win was the best season-opening performance in the country. Quarterback Stetson Bennett was very sharp. He barely threw any incompletions and scored three total touchdowns. The Bulldogs’ starting offense racked up third down conversions and touchdowns.

Defensively, Georgia gave up some yardage, but the Dawgs continued to be dominant in the red zone. Georgia defensive back Christopher Smith had a good game.

Additionally, the Bulldogs consistently won the battle at the line of scrimmage against Oregon. Defensive tackle Jalen Carter and center Sedrick Van Pran both had dominant blocks for the Dawgs. Overall, Georgia looked like a contender to make the College Football Playoff and proved they will be a tough team to defeat.

Manual Dodge Challenger Hellcat Is Back, Corvette SUV, And Volkswagenitalia: Your Morning Brief

Why Jessica Chastain isn’t chasing Oscar no. 2 ahead of ‘George & Tammy’