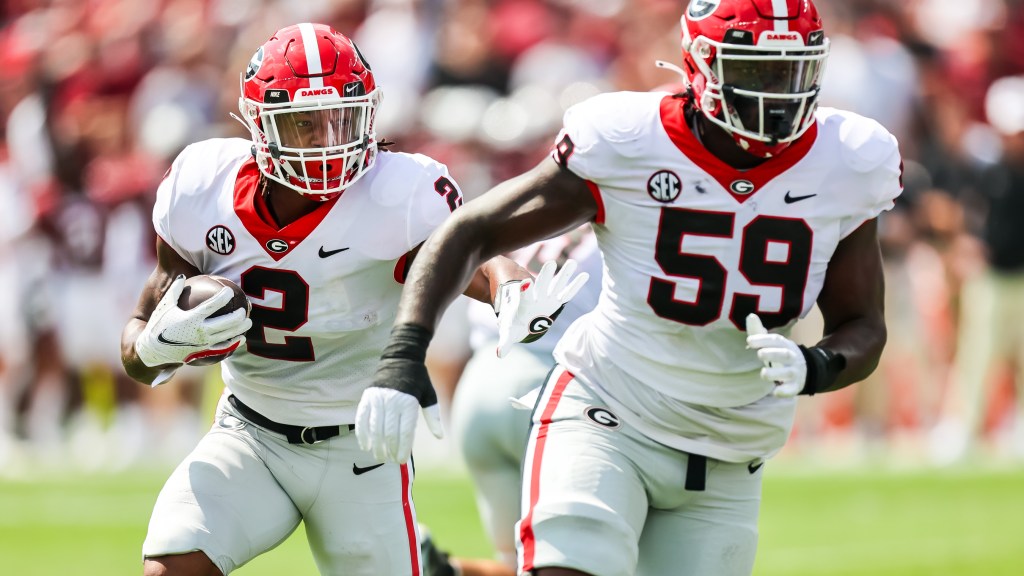 The Georgia Bulldogs have added commitment No. 23 to the class of 2023. Georgia recently added a commitment from five-star pass rusher Samuel M’Pemba. Now, Jamal Meriweather has flipped his commitment from UCF to Georgia.

The three-star offensive tackle is the third three-star recruit in the class of 2023 that’s currently committed to Georgia. Meriweather plays football for Brunswick High School in Brunswick, Georgia.

The UCF Knights have the No. 56 recruiting class in the senior class.

Jamal Meriweather says that he is shutting down his recruitment and intends to sign with Georgia. The Bulldogs have the second-ranked class of 2023 in the nation. Georgia is only behind Alabama.

The Brunswick star announced his commitment to Georgia football via Twitter: