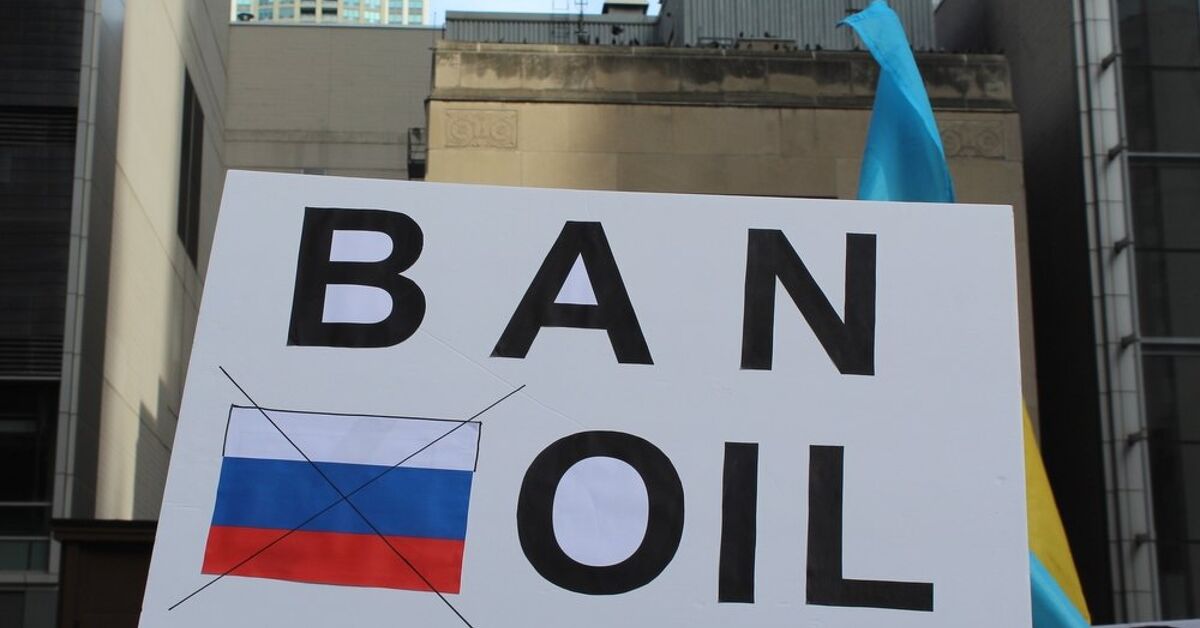 With the Russo-Ukrainian War ongoing, sanctions against Russia have become increasingly common. Western nations are casting a wide net in the hopes that bankrupting Russian businesses will destabilize the country and nullify its ability to wage war. The newest financial offensive is here and it’s a big one. As of December 5th, the European Union and G7 countries have decided to cap Russian oil in the hope of reducing Moscow’s export revenues.

Though the whole situation effectively boils down to Western oligarchs trying to punish the Russian oligarchs that operate the county’s lucrative energy sector. The G7 ( officially the Group of Seven) is a body of elected officials, unelected bureaucrats, and wealthy business magnates operating as an inter-governmental political forum wielding real power. It consists of Canada, France, Germany, Italy, Japan, the United Kingdom, and the United States – with the European Union serving as a highly influential, non-enumerated member.

Several of these nations had already vowed to ban the importation of Russian oil early in 2022. The United States did so at the onset of the war, with the Biden administration often citing this as the primary cause for elevated energy prices. However, the truth of the matter is that fuel prices had already spiked dramatically in 2021 and that Russian embargoes had a much bigger impact on the European nations that were more reliant on imported fuel. Regardless, the war certainly hasn’t helped consumers living anywhere on Earth save on their energy bills.

That’s likely a more complicated backstory than you’re accustomed to getting on why there’s not enough oil. But it’s important to note that the geopolitical decisions being made around the war in Ukraine cannot be boiled down to everyone just wanting the conflict to be over. OPEC, which has been broadly aligned with Russian business for years, pulled back on production after being asked by President Joe Biden to open the taps in the hope that it would tamp down global fuel prices. They, like Western oil producers, want to get the maximum amount of money per barrel that’s possible.

This latest round of sanctions is supposed to tackle exactly that.

Starting today, the United States will introduce price caps on Russian oil that are designed to bankrupt the Kremlin while also helping avoid any forthcoming price shocks on already expensive fuels. The initiative is supposed to cap oil at $60 per barrel and has already been endorsed by other G7 nations, in addition to the European Union.

However, the EU has made a few plays of its own, starting with new rules that would prohibit member nations from buying most forms of Russian crude. The general plan has been in discussions for quite some time, with critics saying that it might not make a big difference considering how many regional sections already exist against Russia. Industry analysts have likewise suggested that both initiatives probably won’t serve as deathblows for the Russian war effort.

According to The New York Times, nobody really expected there to be an immediate impact on oil supplies anyway – mainly due to the fact that energy companies have started buying more oil from places like the United States, Brazil, Guyana, and the Middle East. The U.S. has even been in talks to lift sanctions on the famously troublesome Venezuela to help fill the vacuum left by banning Russian fuels.

Analysts and traders are also reportedly concerned that these price caps could be nearly impossible to administer, with the Times finding at least one expert that believed the deal might still work. Though he previously worked for the U.S. State Department by leading the planning and implementation of sanctions to be levied against Russia, so his take is undoubtedly biased.

“I suspect the compromise that was reached gives the policy the best chance it could have to succeed,” said Edward Fishman, a senior research scholar at Columbia University’s Center on Global Energy Policy, told NYT.

Ultimately, the whole plan hinges on shippers and insurers refusing to haul any cargo where the oil is priced above the $60-a-barrel limit. As of today, the average per-barrel price is just above $80 and is poised to go up as we move deeper into the cold-weather months. That means they’ll be turning away business if oil producers fail or refuse to adhere to the demanded caps. But with the global oil market in complete disarray, while also being highly lucrative, there are new black markets popping up everywhere. There are also loads of countries, China and India being the largest, that will happily continue buying from whoever is selling. Those two nations will likewise be the most impacted by this decision, as G7 countries already have embargoes in place that prohibit their buying from Russia.

At the same time, Russia has said it’s not going to adhere to any price caps and even threatened to cut off supplies to countries that comply with the price-cap arrangement. We’ve already seen how axing natural gas supplies impacted countries like Germany this year. If Russia did the same with oil, there’s a pretty good chance that the entire market could become totally unmanageable. Though one might argue that that scenario has already come to pass and would only worsen.

“These measures will undoubtedly have an impact on the stability of the global energy market,” Dmitri Peskov, the Kremlin spokesman, reportedly said on Monday.

The G7 believes some of the sting resulting from the above sanctions could be helped by leaning into climate initiatives. While the plans were being discussed in June, G7 leadership faulted “Russia’s illegal and unjustifiable war of aggression against Ukraine,” and vowed to “take immediate action to secure energy supply and reduce price surges driven by extraordinary market conditions.”

According to the International Institute for Sustainable Development (IISD), the group then promised to “stabilize and transform the global economy while tackling rising costs of living” and “reaffirm commitment to phase out … dependency on Russian energy, without compromising on … climate and environmental goals.” They then pledged to “coordinate on … economic security, strengthen the resilience of supply chains and secure a level-playing field.”

As with other recent initiatives that are allegedly designed to help tamp down oil prices, I wouldn’t recommend holding your breath until fuel prices drop. There’s a myriad of reasons why the market is in such ragged shape for consumers right now and Russia isn’t the whole story. Some of this amounts to little more than corporate warfare and maximizing political influence. Western governments also don’t seem to have much of an exit strategy in place for these sanctions against Russia. Many are asking for regime change or a complete pullout from Ukraine, neither of which appear to be things Russian leadership is interested in. Peace talks in France have repeatedly stalled, with the Kremlin saying that the West is asking for far too much and that there are no assurances that NATO will keep its distance.

No matter which angle you come at it from, it sounds like the Ukrainian situation is far from resolved. Due to the fact that large swaths of the world are already looking at record-breaking energy prices going into next year, don’t expect to see any cheap gasoline in the months ahead. The deck seems to be stacked against the possibility in every conceivable way, with the only real relief coming to the citizens of countries that can supply their own energy needs – and even that is likely to be modest considering it makes more business sense to sell to countries that are desperate for oil and thereby willing to pay higher prices.

Become a TTAC insider. Get the latest news, features, TTAC takes, and everything else that gets to the truth about cars first by  subscribing to our newsletter.