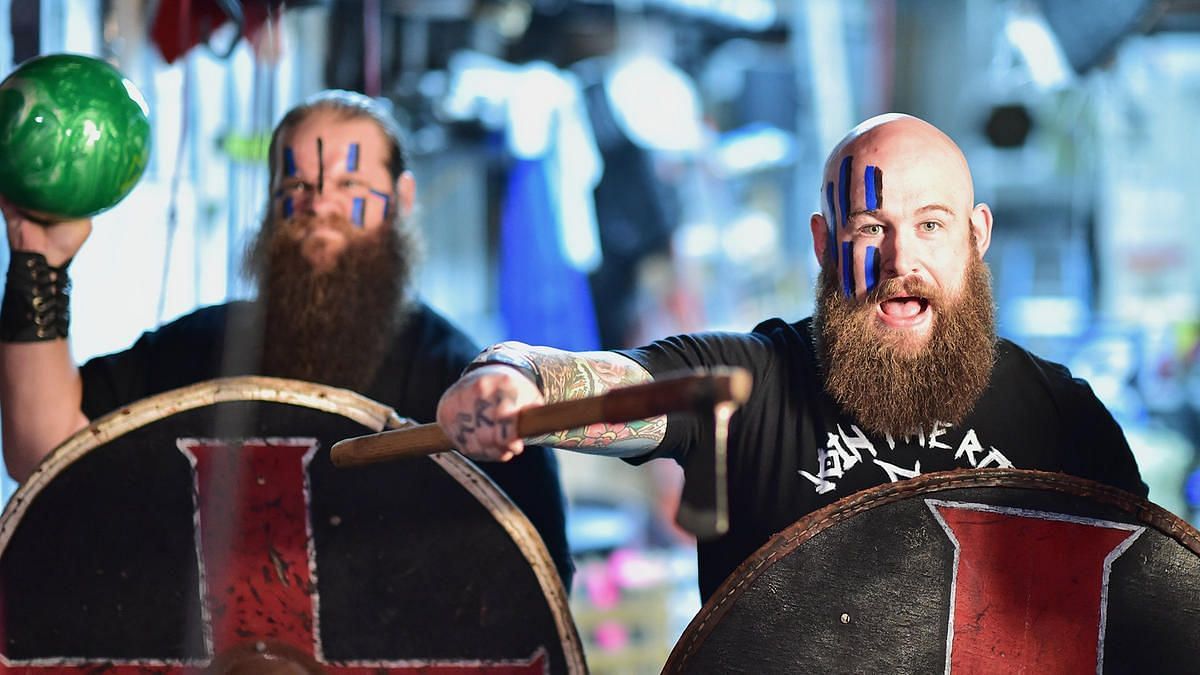 Rory McAllister would like to work with The Viking Raiders if he ever returns to WWE.

McAllister performed alongside his storyline cousin Robbie as The Highlanders on WWE’s main roster between 2006 and 2008. Their gimmick has been compared to various WWE teams over the years, including The Wyatt Family and The Viking Raiders.

On the “Cheap Heat Productions Podcast,” McAllister said a possible match between The Highlanders and Viking Raiders interests him. He also singled out Ivar, real name Todd Smith, for praise:

“Everybody’s saying obviously the similarities and everything else. I think those guys are amazing, I really do,” said Rory McAllister. “I enjoy watching them work. Big Todd, I mean Jesus! I think he’s Ivar, Todd Smith, and for such a big fella he can float about like a butterfly. If I was given one last run, I would like to go in there and do something with them. A handing of the fur!” [45:50-46:17]

The Highlanders received their release from WWE in August 2008, five months after Robbie McAllister caused controversy by attending a live TNA Impact! episode.

The Viking Raiders’ next WWE match has been announced

The New Day will face The Viking Raiders in a Viking Rules match on Friday’s episode of SmackDown.

The rivalry between the two teams has featured prominently on WWE television in recent weeks. On the August 19 episode of SmackDown, Erik and Ivar even held a mock “Viking Funeral” for Kofi Kingston and Xavier Woods.

The exact rules of a Viking Rules match have not yet been confirmed. However, WWE’s website states that “nothing is off the table in terms of the punishment that each team will inflict on the other.”

Are you rooting for The New Day or The Viking Raiders? Let us know in the comments section.

Please credit the “Cheap Heat Productions Podcast” and give a H/T to Sportskeeda Wrestling for the transcription if you use quotes from this article.