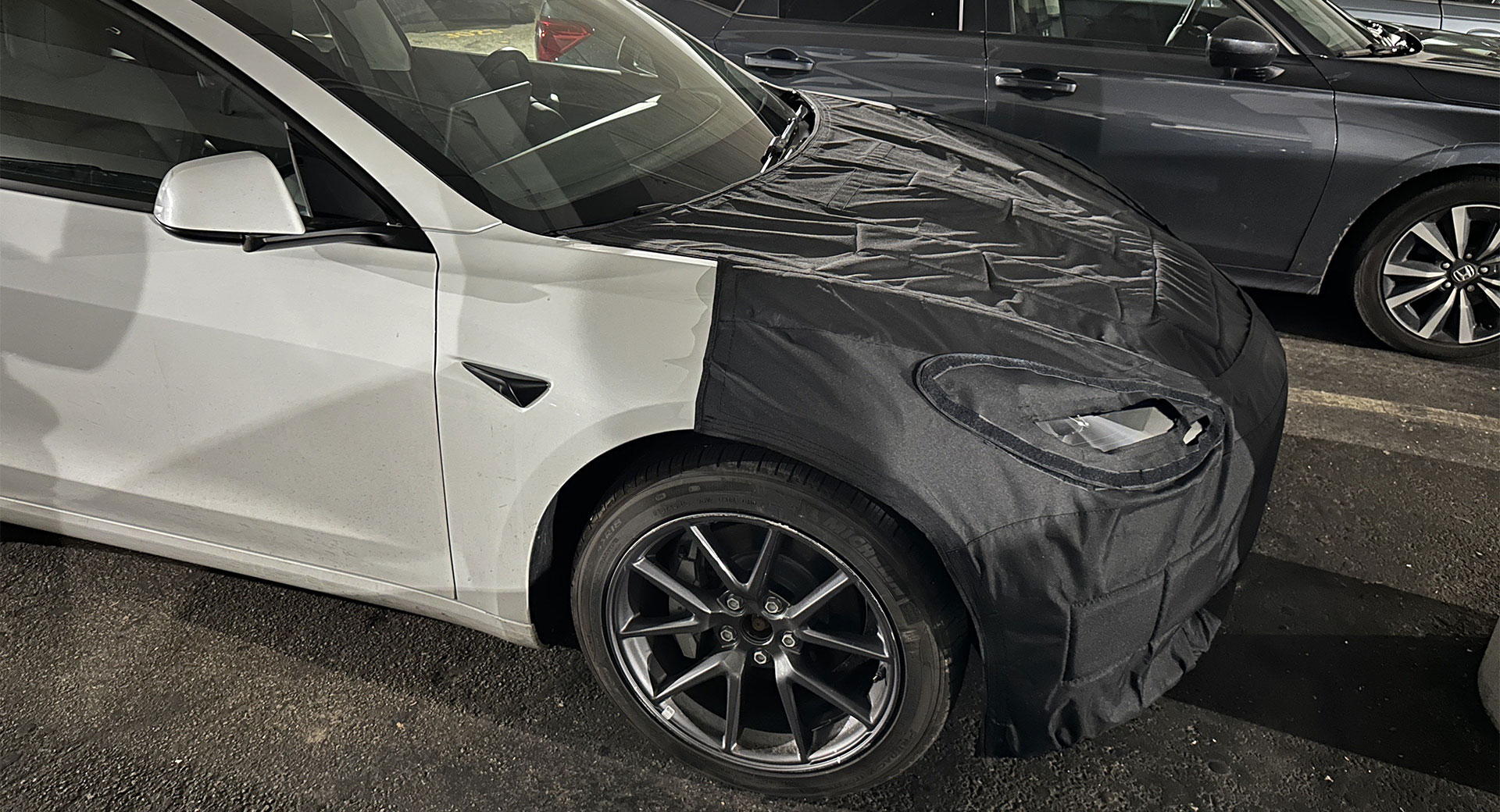 Two prototypes of the facelifted Tesla Model 3 have been spied testing in California, just a week after the first report surfaced about the car manufacturer planning an update for the EV.

The first of these prototypes are finished in white and was spotted by Twitter user ‘omg_Tesla/Rivian’ with black coverings over the front and rear fascias. It was also rocking manufacturer plates and has all the tell-tail signs of being the updated model.

Ordinarily, vehicles going through mid-life facelifts like this only receive minor changes to their bodywork and perhaps some small interior tweaks. However, it is possible the Model 3’s update will be more comprehensive than most and it could start beneath the bodywork.

Tesla currently builds the Model Y with its simplified large casting technology, allowing it to cast large parts of the structure to simplify the production process and reduce costs. Elon Musk has previously said the same technology would be used by the Model 3 in the future and Tesla now has the perfect opportunity to make that happen, even if it means production of the sedan has to be paused to make the necessary factory changes.

Read: 2024 Tesla Model 3 Facelift With An Even More Simplified Interior In The Works

The overall design of the updated Model 3 will remain familiar but we suspect it will be fitted with new headlights and taillights at a minimum. One spy shot of the white car indicates that there is a camera incorporated into the corner of the headlights, potentially addressing a blind spot around the bumper of the current car. However, it is also possible it is simply a button to help connect two pieces of the black material.

Shortly after the first images of the white car emerged online, a bright red Model 3 with the same black coverings was spotted on the street by a Reddit user.

Changes are also expected to be made to the cabin of the updated Model 3, even though these prototypes were pictured with no visible alterations. It is understood that Tesla will further simplify the minimalist interior in a move to reduce costs.