Facelifted 2023 Volkswagen Taos Bares All, But Can You Spot The Changes?

The Volkswagen Toas has only been on sale in the Americas since 2021, but VW launched it in China wearing the Tharu badge in 2018. And according to the car industry’s clockwork-like production schedules, that means the compact SUV is in line for a minor nip and tuck.

Judging by these photos of a Chinese-market Tharu prototype, we’re talking about a very minor refresh. We don’t get to see the interior of the Nissan Rogue rival, but Tiguan’s little brother appears to be getting a new bumper and headlights for 2023, the light units featuring a horizontal DLR strip through their center.

It looks like the new lamps might be made up of four square LED lights, a bit like a Porsche Taycan’s, though VW has done its utmost to hide the inner pair behind tape on this test car, and even added a sticker on the bottom portion of the light that replicates the look of the current car’s DRLs. The new lower bumper, meanwhile, has a snarling, curled-lip look resulting from the design of the large vents located at either end of a thin strip of black plastic running behind the license plate.

There are no standout changes to the Tharu’s flanks, and the tweaks to the rear are harder to spot than those at the front. We can see a new set of taillights, and there’s a new bumper section with repositioned reflectors. The line separating the painted upper- and black lower-bumper sections is perfectly straight on this car, whereas the line on the Taos sold in America, rises under each taillight. But looking at shots of the current Chinese Tharu shows that it already features the simpler treatment so we’ll have to wait to see how the facelifted U.S. cars will look. 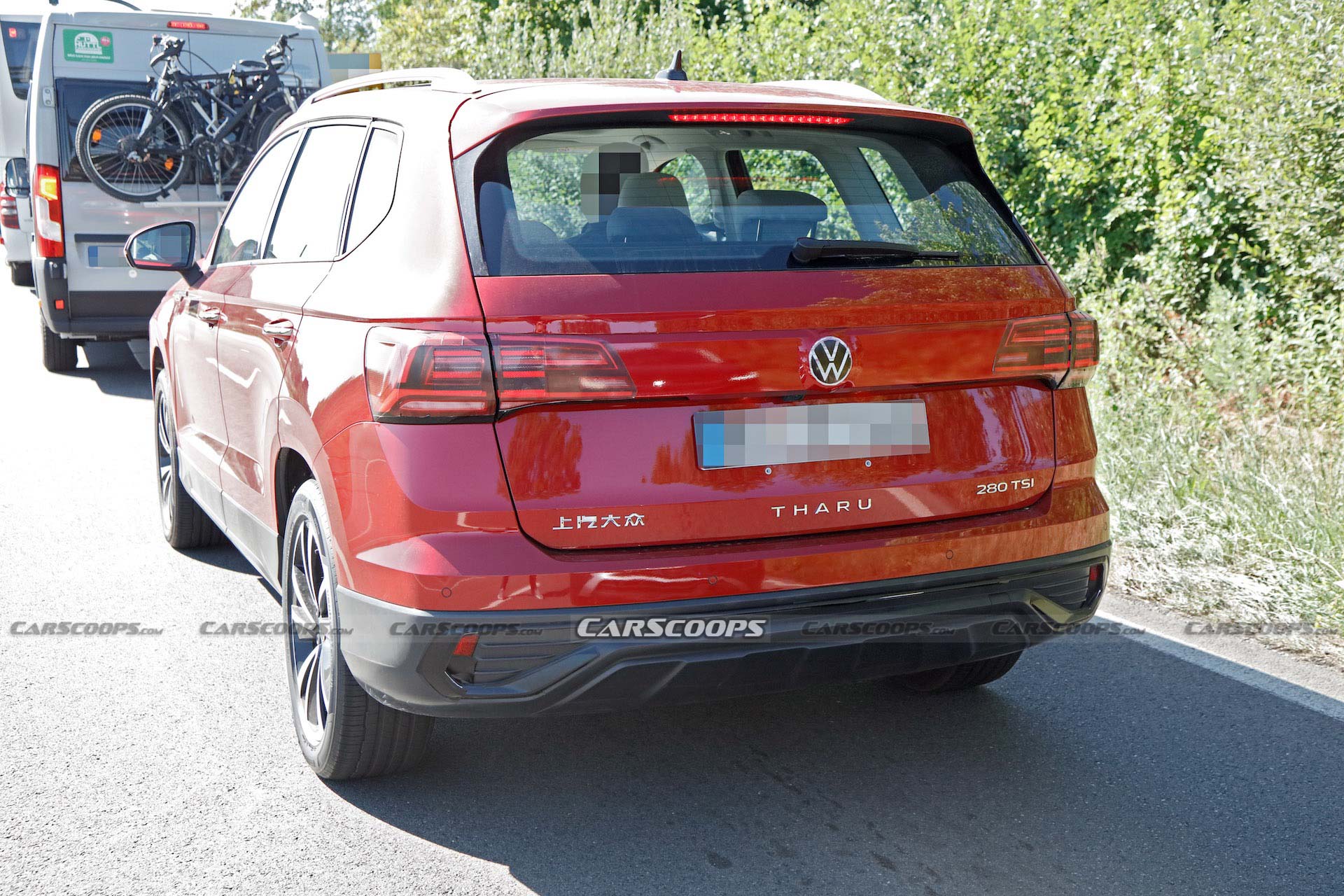 It’s unlikely that America will receive either of those last two powertrains for fear of treading on the toes of VW’s other SUVs, meaning U.S. buyers might only be offered the same setup seen in today’s Mexican-built car. That would give them the choice of mating the mandatory 1.5 gas motor with a front-wheel drive chassis (that comes with an eight-speed auto and torsion beam rear) or an all-wheel drive (mated to a seven-speed DCT and a rear multilink axle). One thing that definitely won’t change is the Toas’ value proposition. The current SUV starts at under $25,000.