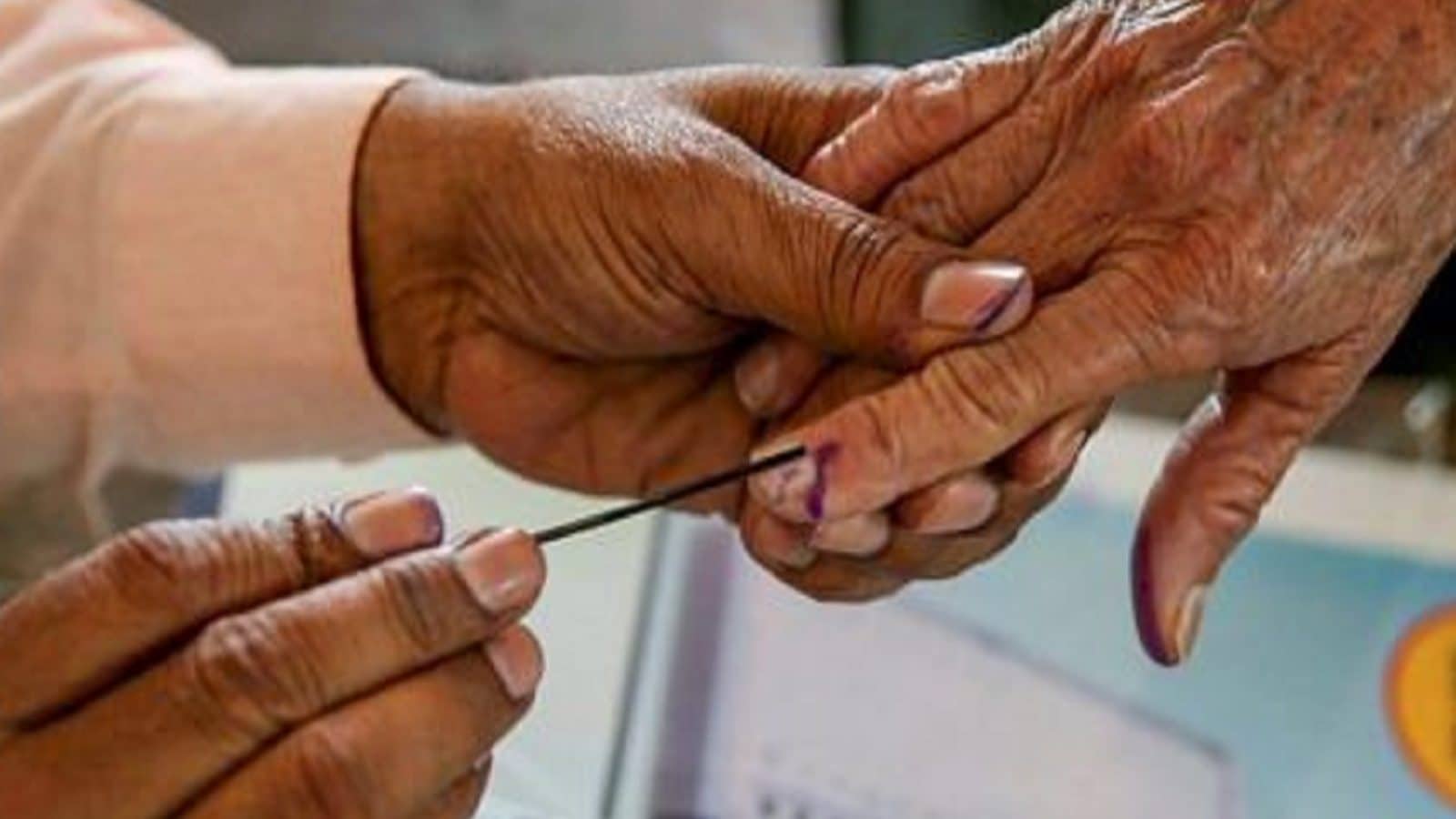 Senior BJP leaders from Gujarat hailed the exit polls predicting a big majority for the BJP, saying the party was going to script new history in the state. But the Congress, however, disagreed with the predictions of a comfortable win for its arch rival in Himachal Pradesh and said the grand old party was sure of winning in the hill state. The AAP dismissed the predictions for Gujarat altogether saying it will buck the trend and bag over 50 seats in both phases.

Multiple pollsters predicted a massive win for the BJP in Gujarat, while most gave an edge to the party in Himachal Pradesh indicating a return to power for the ruling party in both states. Some showed it was a close call between the BJP and the Congress in Himachal, where results could go either way. But in Delhi, the AAP is likely to put an end to the BJP’s 15-year rule at the civic body, as per the exit polls.

“The BJP, along with the people of Gujarat, is scripting new history. The people of Gujarat have fought the elections more than the BJP. Our party, BJP, will further expedite the development in the state,” Gujarat home minister Harsh Sanghavi told news agency ANI in a response to exit polls.

Other BJP leaders like state unit chief CR Patil said his party will form the government with a record number of seats in Gujarat, while Shazia Ilmi told CNN-News18 that ‘Brand Modi’ was the reason behind the blooming of the Lotus (in a nod to the party’s election symbol).

Most exit polls predicted a big mandate for the BJP in Gujarat in the range of 117 to 151 seats in the 182-member assembly. The majority mark is 92.

On a day the Congress complained to the Election Commission of India about Prime Minister Narendra Modi’s “road show” during the second phase polling in Gujarat, the grand old party could be staring at one of its worst poll performances in the state as well as in the MCD polls. In Gujarat, the Congress was predicted to bag seats in the range of 16 to 51 and anywhere from three to seven seats in Delhi’s civic body.

The AAP, which ran a fiery campaign in Gujarat with hopes of going national by making inroads in the state, is predicted to win anywhere between two and 13 seats. National convener and Delhi chief minister Arvind Kejriwal had assured that his party will be winning close to 91 seats. Reacting to exit polls, AAP’s chief ministerial candidate Isudan Gadhvi said predictions were a difficult task in the first place. He said the BJP will not be forming the government this time and his party will win “over 51 seats” in the first phase and “over 52” in the second.

“It’s difficult to predict results through exit polls. The BJP won’t form the government, we’ll win over 51 seats in phase 1 while over 52 seats in phase 2. Exit polls will be proven wrong. The BJP is declining in the state,” Gadhvi told ANI.

With Himachal Pradesh set to be a cliffhanger, CM Jairam Thakur said it was a wait-and-watch situation but the party had analysed a comfortable win and return to power, changing the “riwaaz” of alternating governments in the state. The BJP is predicted to win 24 to 41 seats while the predictions are in the range of 24 to 40 for the Congress. The majority mark is 35.

The Congress, whose win in Himachal was predicted by only one pollster, said it was confident of victory. The party added that its agenda had resonated with the voters of the state.

“We are sure the Congress will win in Himachal and with clear majority,” party president Pratibha Singh told CNN-News18.

“Congress will be forming the government with majority in the state and will move towards a landslide victory on December 8. The BJP will get less than 20 seats. Priyanka Gandhi Vadra’s strategy mobilised our cadre. All BJP ministers are losing election,” said Congress leader SS Sukhu on predictions for Himachal Pradesh.

Wrapping up elections, Gujarat came out to vote in the second phase with 59.11 percent voter turnout till 5 pm with the first phase polling on December 1. The Himachal Pradesh elections were held on November 12, while the polling for the MCD took place on December 4.

Counting of votes for the MCD polls will be on December 7, while results for the assembly elections in Himachal and Gujarat will be declared on December 8.