Everything we know about the ‘intentional’ power outage in North Carolina 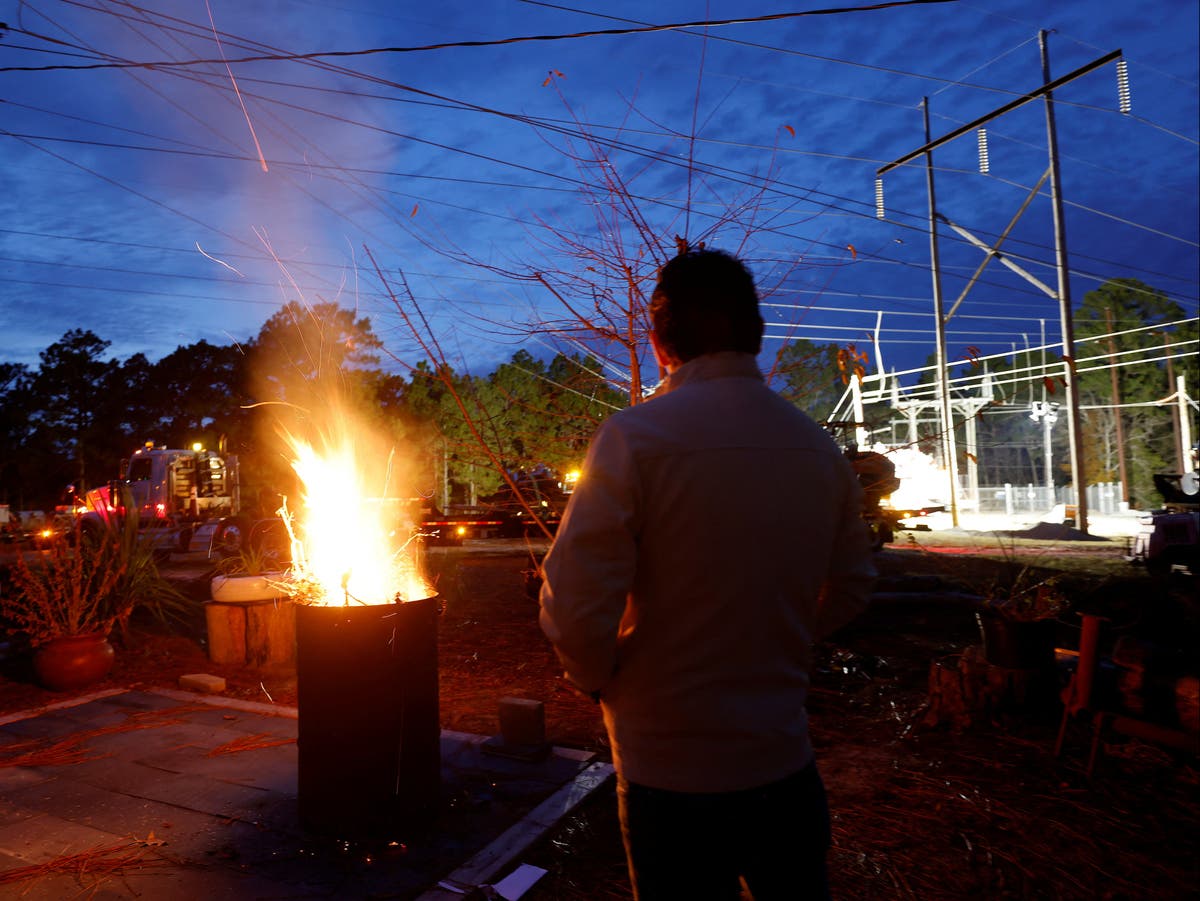 Sign up to our free US Evening Headlines email

The FBI has joined the investigation into the massive power outage that left an estimated 40,000 households without electricity in Moore County, North Carolina, on Saturday evening, seemingly the result of intentional vandalism after at least two substations were found to have been attacked.

The matter became a criminal case as soon as engineers called in to repair the damage discovered that the substations had been hit by multiple rounds of gunfire.

Giving a press conference on Sunday afternoon, county sheriff Ronnie Fields said: “The person, or persons, who did this knew exactly what they were doing. We don’t have a clue why.”

“It was targeted, it wasn’t random,” he said, adding: “No group has stepped up to acknowledge or accept they’re the ones who [did] it.”

Sheriff Fields also said no evidence had been found to tie the incident to a protest that took place against a drag performance at the Sunrise Theatre in Southern Pines that same evening.

The possibility of a connection was raised after a local woman who helped to organise the demonstration on behalf of a group called Moore County Citizens for Freedom wrote on Facebook: “The power is out in Moore County and I know why.”

She added that she had been visited at home by law enforcement officers and had told them that “God works in mysterious ways and is responsible for the outage” and was “chastising” the community for tolerating “the immoral drag show and the blasphemies screamed by its supporters”.

Without power, a state of emergency was declared and a curfew introduced in Moore County between 9pm and 5am on Sunday in order to protect local residents and businesses while schools were closed on Monday to allow time for order to be restored, a process that might take until Thursday to be completed in its entirety, according to engineers.

“Equipment will have to be replaced,” he said.

“We’re pursuing multiple paths of restoration so that we can restore as many customers as quickly as possible. Recognising that, we are looking at pretty sophisticated repair with some fairly large equipment.”

Because of the cold winter weather, the authorities have also set up a public shelter offering toilets and showers at the Moore County Sports Complex run by generator and dispatched sheriff’s deputies to guard several key power stations in the locality to deter the supected vandal from striking again and compounding the situation.

Republican state senator Tom McInnis told the Sunday news conference: “It is going to be very, very dark and it’s going to be chilly tonight, and we don’t need to have anyone out on the streets and that is the reason for our curfew.

Increased calls to the emergency services have nevertheless already been reported, according to CNN, arising from traffic accidents caused by the absence of traffic lights.