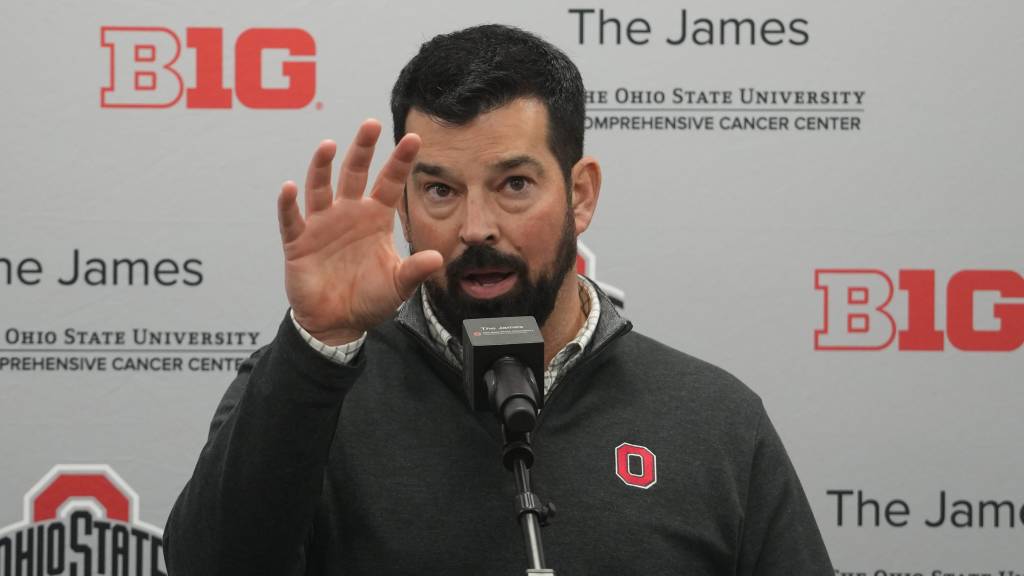 RYAN DAY: I think it has to do with your culture. I think there’s nothing more important than the culture of your team. All the work that gets done in the off-season in the weight room, spring practice and the summers, and that’s how you build your program is through culture.

That’s a shared behavior through leaders, and when you start to move those pieces around every year, it becomes harder and harder to maintain that. So through the recruiting process you want to identify those that we think fit the culture best. Certainly you want to identify talent. That’s important. But as the head coach, I think it’s important to make sure you’re bringing the right people that fit what you do.

When you’re taking guys in from the portal, not that they can’t be a fit. We added guys we felt were good fits but they didn’t work out. There’s a lot of dynamics at play there.

When you have a lot of pride in programs, as Kirby would say, I’m sure, at Georgia and here at Ohio State, it’s hard to walk in and demand playing time. Most people in the portal are coming to play right away. That’s why it’s important to make sure you’re really careful about who to bring into your program.

We’ve had successful guys come from the portal, and we’ll continue to utilize the portal. It would be foolish to think that you could be successful in college football and not evaluate and look through the portal. But you have to be smart what you bring into your program, especially if you want to keep a dynamic, the culture we like to keep.

I want to be sure you understand I’m not saying that we don’t recruit the portal. I’m saying that we just did not have anyone last year that we got. We certainly are always going to look and shape it and make sure kids fit our culture.

I’m a lot more likely to take a kid that I think is wired the right way even though he’s coming from the portal, but I’d better have known about him coming out of high school.